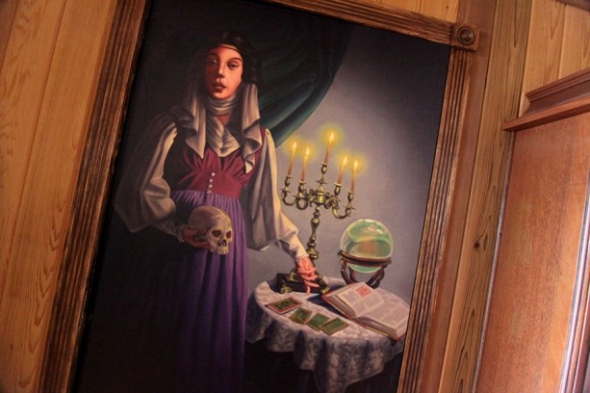 The 11-year delay is the weirdest part of this story. The explanation for the early announcement of a project that wouldn’t debut until 1969 is equal parts easy and difficult to comprehend. Since the concept of Church, Graveyard and Haunted House predates Disneyland by several years, the plan already existed for a spooky residence of some sort. The issue was always the implementation of this pending paranormal place. Given all the triumphs occurring at Disneyland, nobody worried about whether the Haunted Mansion would debut in a timely manner and to lavish praise. That was a given. Even the rare Disneyland issues that occurred, especially during its notoriously traumatic opening day, were quickly addressed and corrected. Why wouldn’t the upcoming New Orleans Square and its linchpin attraction not also quickly achieve such acclaim?

A lot of the problem was bad timing. Disney employees started listing 1963 as the date of arrival for their ghoulish endeavor. Confident in their track record, Disney’s advertising branch distributed flyers for the Haunted Mansion beginning in 1961, and construction at New Orleans Square started soon afterward. During the interim period, Disney Imagineers built the outer facing of the Haunted Mansion building in the style of the Shipley-Lydecker House. Even though the inner concepts remained in flux, Anderson’s vision for the exterior maintained its popularity within the organization. So, developers completed the outside of the edifice while disagreements continued about how to populate the interior of the attraction. There was even a sign posted on the gate outside the attraction from the “Ghost Relations Dept. Disneyland.” It read: “Notice! All Ghosts and Restless Spirits, Post-lifetime leases are now available in this HAUNTED MANSION!” 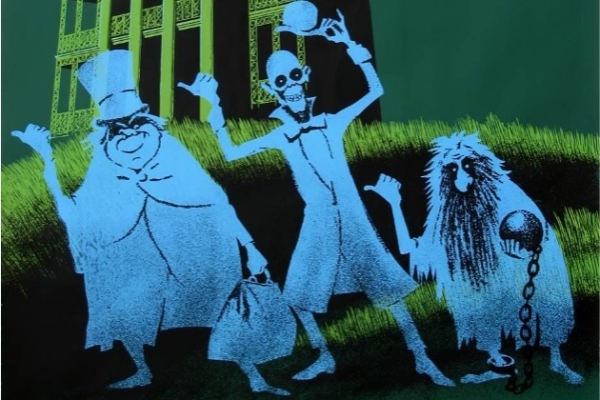 So yes, Disney really did have the structure of the Haunted Mansion ready as planned in 1963, and they fully intended the ride to debut then. The problem was that there was nothing in it. Behind-the-scenes issues occurred over several years due to the continued schism regarding the overall tone of the ride. With the matter unsettled, Disney himself pulled away his best Imagineers in anticipation of stealing the show at the upcoming and now legendary 1964 New York World’s Fair that would become a hallmark engineering achievement for the Disney team. As they shocked the world with their excellence in New York, the Haunted Mansion remained sadly spirit-free.

People holding flyers for the debut of Disneyland’s Haunted Mansion were left wanting for several more years. Walt Disney’s directive made clear the trajectory for a Haunted Mansion attraction. No matter how destitute the interior would appear, the outside would remain impeccable, as was true of all his Disney theme park creations.

Also, he created additional difficulty for the attraction designers, because Disney favored the idea of a walkthrough rather than a ride. This sentiment wasn’t overruled until the time near his death, and the only reason common sense eventually won the day was due to the design of the now-synonymous Doom Buggy vehicle, technology that was an outcome of the New York World’s Fair Imagineering creative process. There was also one additional tragic cause for delay. Walt Disney died in December of 1966, and the void created by his absence left his employees without a single voice to guide them in bringing his vision for the Haunted Mansion to life.

Clash of the titans 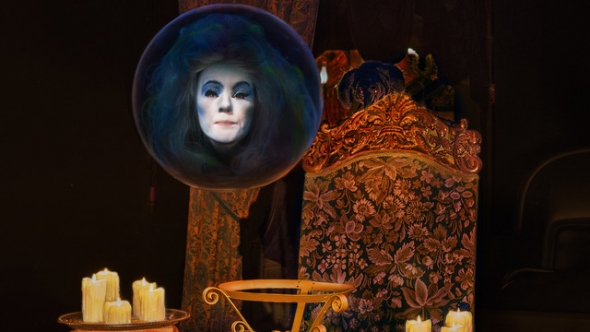 Intense internal debates about how to build the inside of the mansion grew heated in Disney’s absence. The Imagineers working for the company in the 1960s universally agree that in the wake of the company founder’s death, there was turmoil about how to proceed with most projects. The Haunted Mansion itself proved particularly divisive since Disney himself was ambivalent about the best implementation.

Many Imagineers wondered aloud if a scary theme fit with the overall tone of Disneyland. After all, Snow White and Her Adventures, an original attraction at park launch in 1955, proved divisive due to its too-scary witch, and that was merely one element of the dark ride. If the witch upset small children, how would they react to an entire journey through a spooky estate? Proponents of fear factor were blunter with their point of view. How could Disney, a company trying to revolutionize the theme park industry, build a silly Haunted Mansion in lieu of a thrilling one? This debate was the tastes great/less filling of 1960s Disney employees.

There were leaders of both camps. Company stalwart Marc Davis, an anchor member of Disney’s Nine Old Men, led the charge for funny, while eventual Disney Legend Claude Coats insisted on scary. To put these names in perspective, Walt Disney personally selected Coats to paint the sets for the company’s most important project ever, its first full-length animated movie, Snow White and the Seven Dwarfs. For his part, Davis stood as one of the most creative and revered minds at the company after Disney himself. It was the company equivalent of picking sides between George Lucas and Steven Spielberg.

Both arguments hold merit. In order to claim the title of greatest Haunted House in the world – and nothing less is acceptable for a Disney attraction – there have to be some frightening elements. Otherwise, what’s the point? For a family-friendly theme park, however, an attraction that scares small children is a non-starter. Satisfying each camp’s philosophy required an illogical marriage of competing ideas, and yet that hodgepodge of scary with silly is exactly what makes the Haunted Mansion great. However, in order to reach the point of compromise, one key invention was still needed.