Was Walt Disney's EPCOT a Futuristic Utopia...or a Dystopian Nightmare? 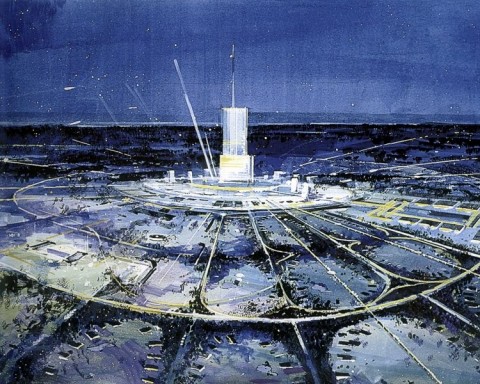 Though the Epcot we know and love today is certainly an iconic part of Walt Disney World, Walt Disney's original plans for EPCOT (the Experimental Prototype Community of Tomorrow) were so much greater than just a simple theme park. Walt's ultimate goal for was to create what he believed to be the ultimate futuristic city, complete with homes, apartments and places to work for all citizens.

Of course, this idealized vision of the future never came to fruition, but thanks to Walt's preliminary work on the project, we have a good idea about what life in EPCOT could have been like if this city of tomorrow had ever been completed.

Not everyone agrees that EPCOT would have been the utopia Walt dreamed of (in fact, Business Insider went so far as to describe it as an “eerie futuristic dystopia”). Disney's plan involved retaining absolute control over the city, with citizens being denied what many would consider to be basic rights. Would this trade-off have been worth it, in order to live in a constantly evolving living experiment? Would you have enjoyed living in EPCOT? Let's take a look, and you can decide... 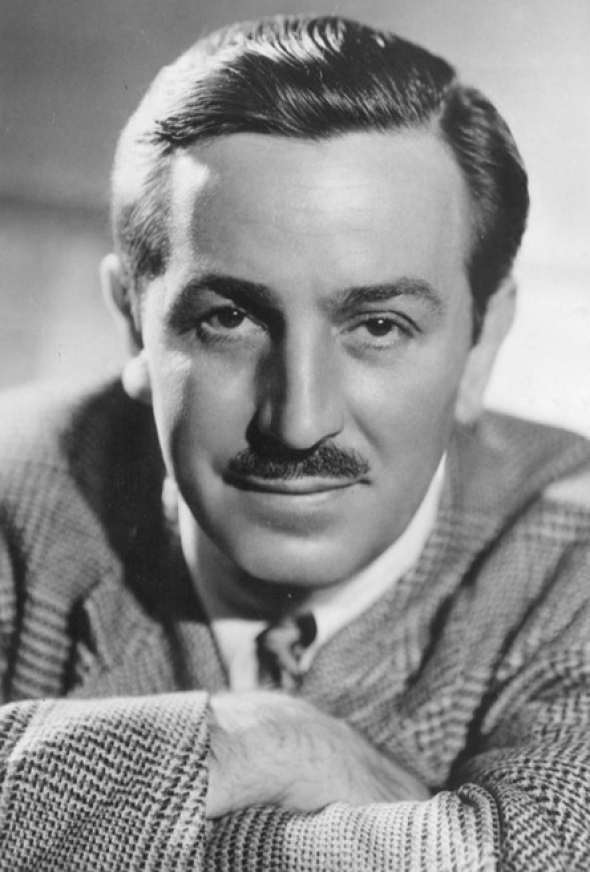 It’s probably not too bold to say that, if completed in his lifetime, Walt would have considered the Experimental Prototype of the Community of Tomorrow  his magnum opus. As much joy as he spread through entertainment in the forms of film, animation and theme parks, Walt was very much a futurist. A father and grandfather many times over, he was concerned with what the world would be like for his descendants.

It’s difficult to pinpoint exactly when the idea of developing his own city came into Walt’s head. We do know that New York’s World Fair in 1963-64 was a big event for the expansion of the idea. Walt debuted a special attraction called The Carousel of Progress, which used Audio-Animatronics to show the evolution of science and technology.

The most interesting part of the attraction was the fifth act, which contained a detailed model of what Walt dubbed Progress City. It had many of the most significant aspects of Walt’s plans for the Experimental Prototype Community of Tomorrow (EPCOT). Those included the radial design, the urban center, the green belt, the industrial park, the Monorails and the PeopleMovers. The Carousel of Progress was exported to Disneyland in 1967 and later sent to the Magic Kingdom in 1975. It was a well-liked attraction, but what really matters is that it was the first appearance of the utopia Walt was planning in the background.

Walt’s ideas grew more complex and increasingly tangible over time. Once he had acquired a massive amount of property in Florida, he went to Disney’s board of directors with his idea for a Disney World that included an “Experimental Prototype of the Community of Tomorrow.” He didn’t get much traction at first; the board wasn’t convinced Disney World would get a lot of tourists at the Disney World as Walt described it. They wanted something like a second Disneyland, but… bigger. Even though it wasn’t his ultimate goal, Walt agreed to make a theme park in the northernmost part of the property if it meant that his vision for EPCOT could be realized. It wouldn’t be anyway, sadly. At least not the way he intended.

The fundamentals of EPCOT 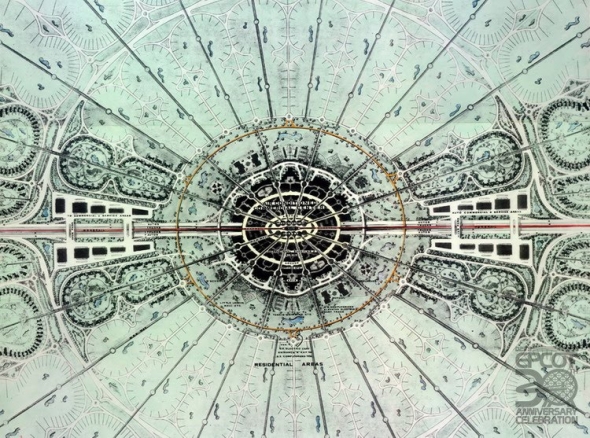 There are some signature ideas that defined EPCOT the city. Four in particular stand out as ingenious concepts that could have had the potential to change the world, but only one ever saw the light of day as a part of the Epcot theme park. Hopefully the other concepts will still someday find new life. 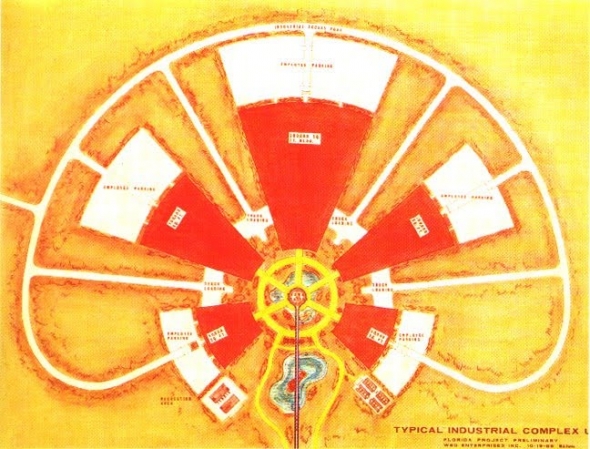 It shouldn’t be surprising considering that he’s an artist, but Walt Disney is fascinated by design. Design is largely about shapes, and for Progress City Walt wanted a perfect circle. In fact, EPCOT was meant to be like a wheel with a central core. Walt was largely inspired by the book Garden Cities of Tomorrow by Ebenezer Howard for this.

The focus on the future

Walt wanted to be able to always keep his special city up-to-date. Whereas parts of most cities degrade or fall into disrepair , in EPCOT the wheel would constantly turn to keep it a clean, beautiful, technologically advanced city. Walt was one-upping what he did for Disneyland with its always-clean streets with an actual city that would never look “shabby”.

This is the part of EPCOT that made it into the theme park Epcot. The monorail is an extremely interesting invention, and Walt Disney did a lot to pioneer it because of his plans for a futuristic city. The use of the monorail is advantageous at Walt Disney World, but it would have likely been deemed revolutionary if EPCOT was created.