The Island That Disney Abandoned 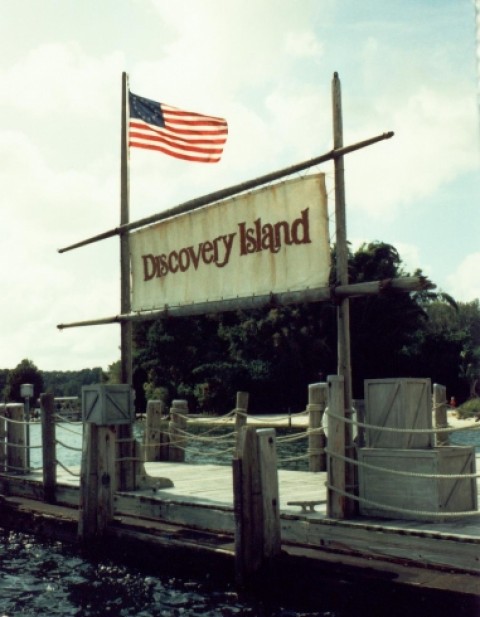 Ideas at the Walt Disney Company experience something akin to a life cycle. They are born, usually from the mind of a lone Imagineer or artist, and they are raised and shaped into fully-formed creations. Then they age – sometimes gracefully, sometimes not, – and, at a certain point, they move on and exist only in our collective memory. Some live quite a long time, others are only around for a brief time, but nearly every Disney attraction will experience this life cycle.

But, where the Disney life cycle differs from the traditionally-accepted human one (depending on your beliefs, of course) is that there's often an additional step: Rebirth.

You see, good ideas never truly die with Disney. It doesn't matter if those ideas were cancelled early on or seen through to become fully-created attractions – every idea gets a second chance. The good ones often even get three or four chances.

And if that idea happened to come from the mind of Walt Disney himself, it will never truly disappear. Imagineers will circle back to it over and over again until they get it right. Even then, they'll still work to make it better.

From 1974 to 1999, Walt Disney World featured a small and unique attraction located right in the middle of Bay Lake. It was accessible only by boat, had tickets that cost a fraction of the price of Disney's theme parks, and could draw a lineage directly back to ideas championed by Walt for use in his original Disneyland park. That attraction was Discovery Island – a small zoological park that, even 16 years after its closing, continues to fascinate Disney fans across the world. It later served as the inspiration for Disney’s Animal Kingdom, perhaps the resorts most beautiful and important park, and has a legacy that is crucially important in Disney lore.

Today, Disovery Island is abandoned and derelict (and we'll take a look at exactly what has become of it). But that doesn't mean that the idea behind it is dead. Far from it.

To paraphrase the immortal Bill Nye: Before we get into the curious question of what has become of Discovery Island – and its important legacy at Walt Disney World – we need to go back. Way back.

In the 1950s, Walt Disney Productions became famous for a series of Academy Award-winning nature documentaries called “True-Life Adventures.” There were 13 in total – some feature-length and some short-subject – and their topics spanned everything from bears to desert wildlife to insects. While they depicted real animals in their natural habitats, each True-Life Adventure still had a sense of artifice to it, with an elaborate musical score consisting largely of classical music playing on top.

He was a sort of proto-conservationist, hoping to document the receding wildlife in a format that could prove both permanent and educational. He knew parts of the wilderness were becoming extinct, and he hoped his films could raise awareness of these creatures. The films weren't without controversy, but on the whole, Walt felt they did some real good.

When Walt began developing Disneyland in California, he thought back to those True-Life Adventures. He thought of how excited audiences were about encountering these types of creates and locations, and they served as a strong guiding point for the development of Adventureland. When the time came to start brainstorming attractions, Walt suggested a river cruise through an artificial habitat that would house real, live exotic animals that guests could view from the safety of a boat. Unfortunately, the zoological technology of the time prevented the Imagineers from putting such a ride together, and so, the animals were swapped out for audio-animatronics and the attraction opened as the Jungle Cruise we all know and love.

But Walt – and, more importantly, his Imagineers – didn't forget the idea of combining storytelling and wildlife. And, when time came to build an enormous vacation resort in Central Florida, they brought it back to life and gave it another go.

From Raz Island to Treasure Island 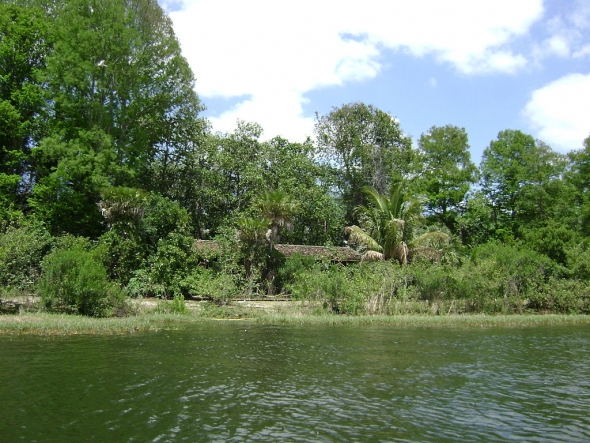 In 1965, the Walt Disney Company began quietly buying 43 square miles of land in the Central Florida area. It was largely low-value swampland, and with the Disney Company operating under the guise of several dummy corporations, they were able to acquire most of the land without raising too much of a fuss.

One piece of that land was Raz Island – a small island situated in the heart of Bay Lake. In the first half of the 20th century, the island changed hands quite a bit, going from a peaceful and remote residential area to a hunting resort. Eventually, it was purchased by Walt Disney, who immediately knew he'd want to use it in some way as part of his newest theme park resort.

When Walt was planning the “Florida Project,” as it was called, the theme park was actually just a small portion of the entire master plan. To Walt, an East Coast version of Disneyland was fine, but it was really only there to keep his money people happy. Walt was far more obsessed with his Experimental Prototype Community of Tomorrow, and he believed that was to be the real focus of the Florida Project. He saw Raz Island as a component of the theme park, possibly something that could be renamed “Blackbeard Island” and given a pirate theme, but those plans weren't much more elaborate than that. That is, until Walt passed in 1966.

With Walt's death, the Walt Disney Company was left somewhat rudderless. Not wanting to abandon Walt's vision, but also not wanting to get involved in futuristic civic planning without their visionary leader, the company forged ahead in building the theme park aspect of the Florida resort while leaving the EPCOT concept on the shelf. It opened in 1971 as Walt Disney World – a Vacation Kingdom that included three resorts, two golf courses, an enormous body of water, and a theme park. Very quickly, people loved it. 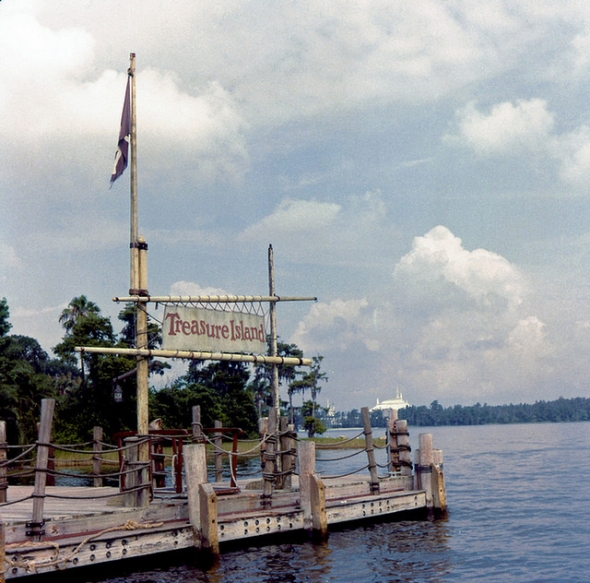 By 1974, the Walt Disney Company knew it needed to continue to expand its offerings in order to compete with the nearby tourist activities of Florida. And so, they decided to take that little island in the middle of Bay Lake – the one so covered in natural wildlife that it was home to a hunting retreat in the years before Disney bought it – and turn it into a Walt's pirate-themed area. They called it Treasure Island, after the Robert Louis Stevenson book, and built some theming to heighten the sense of adventure and isolation. They built shipwrecks and small buildings, they created small treasure hunts and bridges, and they even had some simple animal exhibits. It was a simple activity – one far removed from the energy of the Magic Kingdom – but one that people enjoyed nonetheless.

I am so happy that I got to experience Discovery Island numerous of times. We would go to River Country then Discovery Island. It was a relaxing day away from the theme parks. It was such a natural habitat for the wild life. I do miss the smaller and simpler times at Disneyworld.