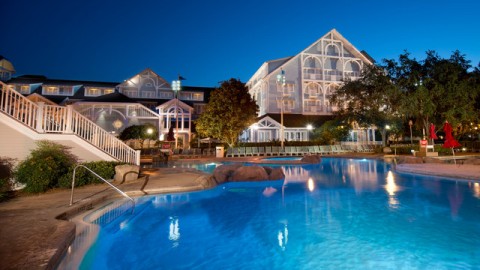 If you’re considering where to stay on your next trip to Walt Disney World, location is a primary factor. The Disney-owned resorts offer proximity that distinguishes them from the enterprising hotel competitors in the area. One of the most intriguing options is Disney’s Beach Club, a property right behind Epcot and relatively close to Hollywood Studios. Last year, I wrote an article in which I declared that Disney’s Beach Club resort is the finest Disney Vacation Club property, but it’s available for regular Disney guests as well. If you’re considering a stay at this hotel, read on to learn everything you need to know in preparation for your visit.

Cape May, New Jersey by the Atlantic Ocean earned a reputation among early 20th century travelers for its scenic views of the water. While nearby Ocean City is the name that travelers know better, Cape May is the style honored at Beach Club Villas. To wit, one of the restaurants is even named Cape May Café. The exterior design features architectural traits from Newport Beach, Rhode Island, and a light blue color scheme. The blue distinguishes Beach Club from the adjoining Yacht Club, its sister location that is a popular destination for business trips. To wit, the Major League Baseball Winter Meetings were held at the Yacht Club in 2013. The two resorts share one of the largest meeting facilities in the region, 6,800 square meters in size.

Beach Club Villas is technically its own entity, but while you’re wandering the labyrinthine hallways, you may accidentally wander into an entirely different hotel. They’re both Disney-owned properties, so it’s no big deal if you do. The staff will quickly direct you back to the proper location. The Beach Club portion includes 583 rooms, 282 of which are villas, across six acres of lands, with a gorgeous view of Crescent Lake. This body of water separates it from the Boardwalk area across the way, but it’s only a few hundred steps of walking if you take the nearby bridge.

The genius of Beach Club Villas is that Disney has created a beachfront area in a land-locked city in the middle of the state. The moment you reach the resort, you’ll forget that everything is man-made. It has all the look and feel of a waterfront destination despite its proximity to Epcot. And that is the true selling point for Beach Club Villas. People staying at this hotel are literally a few hundred steps away from the back entrance to the World Showcase at Epcot. It claims the closest proximity of any Walt Disney World resort to a theme park. 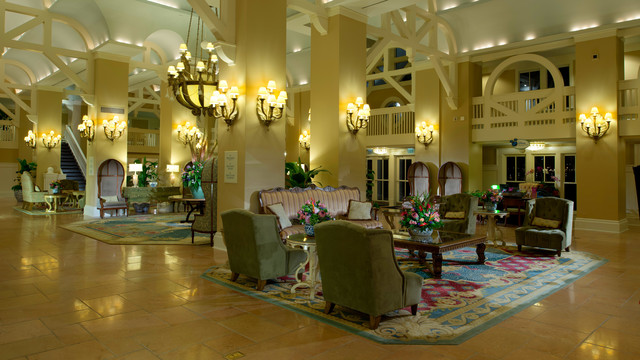 The average studio at Beach Club Villas is either 356 or 381 square feet. It features two queen beds, a day bed, a desk and a chair. These rooms are on the smaller side with regards to Disney’s finest resorts. The one-bedroom villa provides almost double the space at 726 square feet, and it adds a kitchen with dining area. You can prepare your meals in the room, thereby saving yourself some money if you don’t mind cooking while on vacation. Note that the studio and one-bedroom villas only sleep four per room, though. The two-bedroom villa can sleep up to nine (including one child under three), but with 1,083 square feet, they wouldn’t be that comfortable unless many of them are children. It’s a wonderful solution for larger traveling parties, though.

Beach Club Villas is currently in the middle of a much needed renovation. It’s been overdue for one for several years now. Guests who’ve stayed onsite recently have noticed malfunctioning lights and power switches, carpet stains, and mold in certain areas of rooms. Disney is addressing these issues while also updating the amenities during an exhaustive 16-month process.

Guests staying on the fifth floor will already enjoy the refreshed amenities. The interior hallways and room doors are repainted, furniture is replaced, and numerous USB outlets are present now. You’ll enjoy the view while walking to your room, you won’t worry about the pull-out bed being gross, and you’ll have no problem keeping all your electronic devices charged if you’re lucky enough to get a room on the fifth floor. This redesign is so exhaustive that even the bathroom tiles in the shower and sink are being replaced with higher end materials.

Some of the fourth floor is already finished already, and the entire project should be completed by the end of the summer of 2016. Depending on your intended travel dates, you may either need to scheme to get an upper floor room or push back your dates a bit if the outdated rooms trouble you.

Even factoring in the renovation needs, walking the halls of Beach Club Villas is a delight. The sunny areas reinforce the beachfront themes, and there is a decidedly upscale feel to the entire environment. It’s also the smallest resort at Disney, so if you’re a bit claustrophobic, this property presents a rare opportunity at Walt Disney World to escape the crowds for a bit. 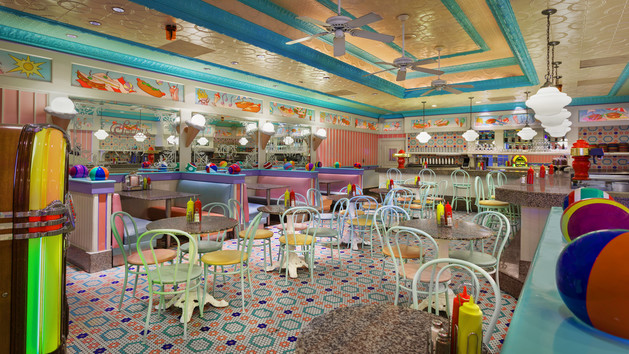 Among the best located Walt Disney World resorts, Beach Club features fewer restaurant options in comparison to properties such as Polynesian and Grand Floridian. The two table service locations it offers, however, are wonderful.  Beaches & Cream is an intimate throwback restaurant to the malt shops of the 1950s. If you want a retro-meal experience featuring burgers and ice cream, this is the place. Note that due to its size, it doesn’t service anywhere near as many customers as most Disney restaurants, though. This is a place where you should angle to get an Advance Dinner Reservation if possible.

The other restaurant onsite is the popular Cape May Café. In the morning, there is a breakfast character meal featuring Minnie, Donald, and Goofy in their beach attire. It’s a real crowd pleaser, and the buffet food options are quite solid. In the evening, this establishment is all about fish, something you’ll notice every time you walk by it on the way to the pool. Technically a “seafood and more” dinner buffet, it’s called Clam Bake for a reason. If you’re like me and don’t enjoy fish, however, there’s a strip loin station as well as numerous chicken and salad options. Note that lunch is not served at Cape May Café.

There is also a quick service restaurant onsite called Hurricane Hanna’s Grill. It’s by Stormalong Bay, which allows you to sit by the water while enjoying a meal. It’s also a swim-up bar. If you’re in a hurry and don’t want to sit down for a meal, note that Beach Club Marketplace has a lot of refrigerated sandwich options that will work in a pinch. Also, while Yachtsman Steakhouse is technically not at the hotel, it's right beside the property at the Yacht Club. It's one of the classiest restaurants at Walt Disney World, so it's another great option right down the road.

A good strategy for Beach Club Villas is to eat breakfast at Cape May Café, head to the park for a while, take a lunch break at Beaches & Cream only a few hundred feet away from Epcot, and then dine at the World Showcase in the evening. You’ll escape the lunch crowd at the theme park while enjoying a good meal in an energetic atmosphere. If you would prefer a different option rather than the World Showcase for dinner, remember that the Boardwalk is right across the water.

Technically the marketplace serves a lot more than refrigerated sandwiches. There are hot sandwiches and amazing flatbread pizzas. During breakfast there are various hot platters served too.

"It’s also the smallest resort at Disney,". This is incorrect. The smallest DVC resort at WDW is the Villas at Disney's Wilderness Lodge.

Quote:"The average studio at Beach Club Villas is either 356 or 381 square feet. It features two queen beds, a day bed, a desk and a chair. Note that the studio and one-bedroom villas only sleep four per room, though."

This is incorrect. The regular rooms at the resort (NOT the Beach Club Villas STUDIO rooms as stated in the article) have the 2 queen beds. SOME RESORT rooms (again NOT the Villas) have a day bed. The RESORT rooms sleep 5. If there is no day bed in the RESORT room a cot can be requested as a sleeping place for the 5th person.