There's a New Ghostbusters Theme Park Attraction, and This is How I Scored its Music 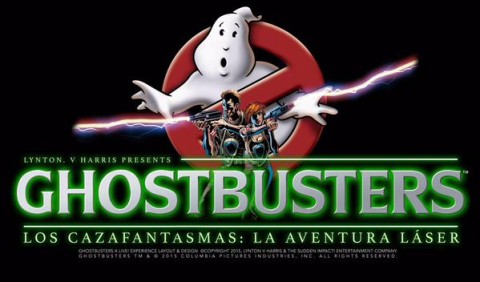 Yes – you read that right – GHOSTBUSTERS! Ghostbusters - Los CazaFantasmas: La Aventura Laser is an official Sony licensed attraction created exclusively by Lynton V Harris and The Sudden Impact! Entertainment Company and directed by Dominic McChesney.The attraction itself is set in the historic La Llorona building and is multi-level, and multi-actor led affair that takes its audience through five major scenic experiences. The interactive laser arena itself immerses guests in the world of ghostbusting. It replaces the previous attraction Terminator-X (which won awards in its original home in Australia).

They say if you do what you love to make a living that it doesn’t feel like work at all.  It’s my pleasure to be scoring the music for my third attraction for this company.  My previous efforts have spanned Nights of Fright mazes at Sunway Lagoon over in Malaysia – as well as a bespoke “edu-tainment” attraction based on the life, myth and legend of Cleopatra.  When asked to write music for this specific attraction I was bit nervous…honoured…excited - but nervous!  As I sat down at the piano to come up with something as archetypal as music for a brand new Ghostbusters attraction, in 2015, some 30 years after the film’s debut, and that itself, had iconic music, I indeed felt the pressure looming large. 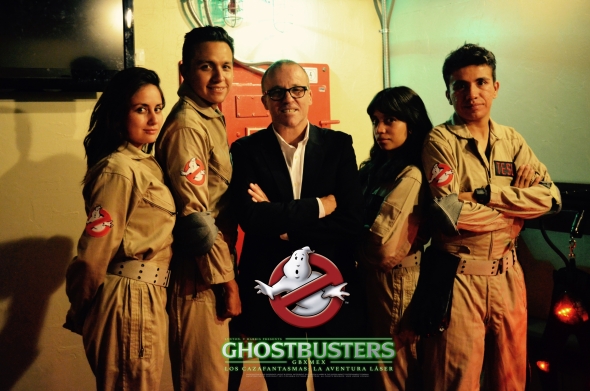 The brief was simple – write a five minute long piece of music that picks up pace as the guests run around trying to score as many points as possible.

Previously I’d written music for attractions where the music helps tell the story and adds (I hope) catharsis and emotion to the scares.  Dominic McChesney (the show’s director) and I agreed (practically at the same time) that something in the same style as Danny Elfman’s multi-sensory and whimsical scores would be perfect for this moment in the attraction, so I cobbled together a demo to show what I thought might work.

“Too catchy” they said. “Too much like a musical version of Ghostbusters!”.  Apparently when the cast first heard it - they started dancing! Obviously I had to scale the music back and go back to the drawing board.

To cut a long story short - 27 drafts later, I came up with something that was a lot more rhythm-based, complete with voice quotes from the film especially recorded by new actors and proton pack and Slimer sound effects.  What I tried to do in the piece of music was subtly make it get faster and faster so when the tune does appear at the end - it’s almost double the tempo it was at the beginning, but when you hear the piece your mind doesn’t register the change. It’s a fun piece of music that still, I hope, is true to the spirit of Ghostbusters but still sounds fun, creepy and contemporary.  This was different to scoring a loop for a scare maze because this piece of music was all about the build up to the last 10 second count down.

Here's how it turned out:

Credit goes to the wonderful Mike over at CoasterRadio.com for providing a wonderful voiceover job as Louis Tulley!