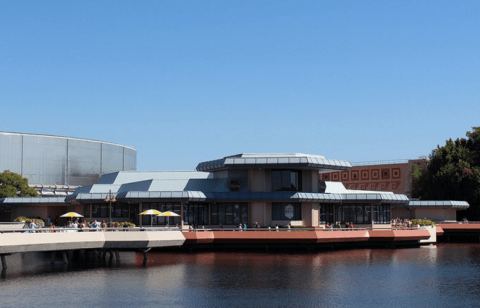 The former Odyssey restaurant at Epcot remains a firm fixture in theme park lore, despite the fact that the food it served was never particularly memorable and the restaurant itself was not truly notable in any way. In fact, its kind of odd that people even still think about the place at all.

There are a few reasons why they do, of course: Its striking architecture, its mysterious name, and the fact that it still stands all contribute to the fascination with this particular extinct restaurant. And yet, those reasons are also why you can't help but think of this place as a particularly wasted opportunity for Disney – people still think about it, so why not put something there?

That got us thinking (which is always a dangerous thing): Are there ways the Odyssey building could be brought back to life and used in an interesting way in modern day Epcot? Of course.

Let's take a look at a few ways this curious old building could be given a unique new role in Disney dining.

1. A permanent Food and Wine restaurant 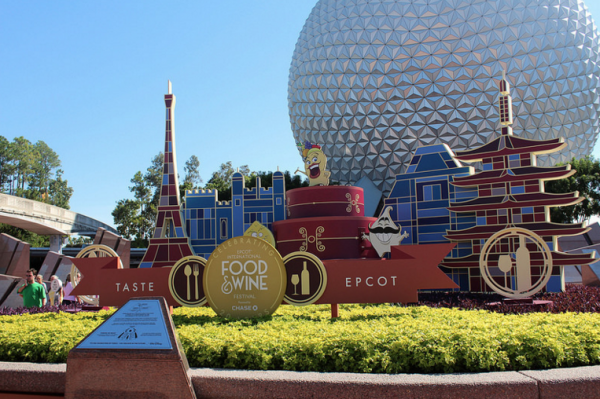 The Epcot International Food and Wine Festival is one of the signature events on the Walt Disney World calendar. Foodies flock, in droves, to Disney's second theme park looking to taste the newest creations from the World Showcase's host of new internationally-themed outdoor kitchens. It's one of the biggest draws of guests to the parks and has become a true staple of the Disney experience.

So, why not take a piece of that and give it a permanent home at Epcot?

The idea is pretty simple: Take some of the most popular and innovative dishes created by the Food and Wine chefs and serve them, year round, at the Odyssey restaurant. Each year, you could swap out older meals for newer ones, keeping the menu ever-changing and fresh. In essence, you'd be creating an international food plaza that could be a draw for Disney foodies all year, and give fans of Food and Wine a reason to return to the parks, even if it's not at the same time. Beyond that, you'd be showing guests who haven't yet enjoyed this amazing festival exactly what they're missing out on.

And, most importantly, it would give guests more of an opportunity to eat the dishes they so clearly enjoy – something satisfying that demand would be quite welcome.

2. The taste of Disney

Similar to The Taste of Chicago, an annual food festival in the Windy City, The Taste of Disney would be a permanent fair-themed restaurant that serves dishes that can also be found at other restaurants around the Walt Disney World Resort. The idea is that guests could visit The Taste of Disney in order to try out all the various dining options they have during their stay, which can be quite the overwhelming list.

So, for example, you could walk in to find tables serving food from places such as Citricos, the California Grill, Jiko – the Cooking Place, and the Flying Fish Cafe. Each table would have a few small plates, similar to the Food and Wine Festival, to encourage guests to try a few different places at a time for their meal. And, over time, the participating restaurants could swap in and out, giving guests a reason to return again and again.

And then, if they so desired, cast members would be waiting nearby to assist guests in making a reservation at the restaurant of their choosing.

Not only would The Taste of Disney help solve the well-known problem of picking one of Disney's excellent dining experiences, but it would also create a new destination dining experience. And, it'd be relatively simple to execute, yet it would provide a kind of native advertising for on-site restaurants in the parks.

I like most of these ideas. The Food Pavilion would be a great idea. Interactive areas like cook like a chef, or food carving would be fun. They could bring back the Kitchen Kabaret. Food and Wine is also a good idea as it smoothly transitions between Future World and World Showcase and I agree with you that it would have dishes from previous festivals that are no longer available.

The idea of a new Pavillion is a great idea.

Move Starbucks there and give us back the Fountain View Bakery in its original spot.

I love the idea for Taste of Disney. Not to make disney visitors put to be simpletons, but some of the restaurants sound pretty exotic. What a good way to braden their horizons. They would have to keep table available at all times though, so those of us who book 6 months out don't take them all :)