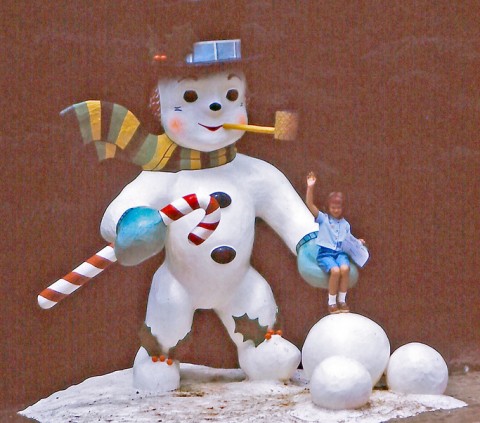 It’s sometimes easy to forget that Disneyland wasn’t the first major theme park. It was probably the first of its kind, yes, but before it was made there were a number of other places kids and families could go for some adventure.

In 1953, two years before the opening of the Happiest Place on Earth, a park named Santa’s Village put its stake in the ground as a destination for people of all ages, shapes and sizes to have a good time. Read on to learn about the creation of Santa’s village, its growth into a small theme park franchise, the happy memories that have lasted over sixty years and the attempts to revitalize it for modern times. 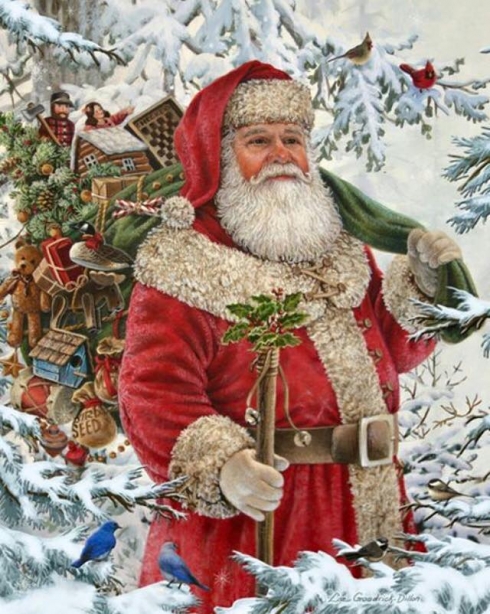 Most kids have sat on Santa’s lap at a local mall, telling him what they want for Christmas. That’s always been a cheap, uninspiring way of presenting the story and magic of Santa Claus to children. Santa’s Village rectifies that. As its name implies, it’s a whole village for people of all ages to explore. Whereas normally a visit with Santa is the whole trip, at Santa’s Village it’s the culmination of it. 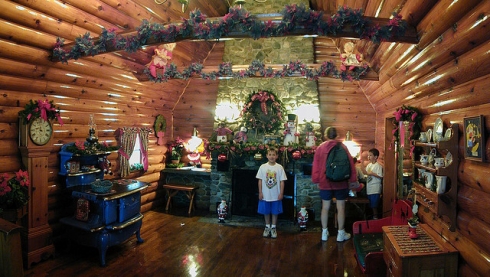 The story of the inception of Santa’s Village, as told by The Theme Park Page, reads a lot like a fairy tale. The tale goes that Normand and Ceclle Dubois moved to Lancaster, New Hampshire and in 1940 created a dry cleaning business. Spurred by their success with that, they started thinking about building a family amusement park, since there was nothing nearby like that. The nearby Jefferson, New Hampshire was the perfect grounds to build it on. They drove to a prime location with a grove of fir trees with Elaine, their daughter. During their drive a fawn jumped out of the woods in front of their car. That could have been a scary moment for a child, but when Elaine asked about it her father told her that it was one of Santa’s Reindeer. 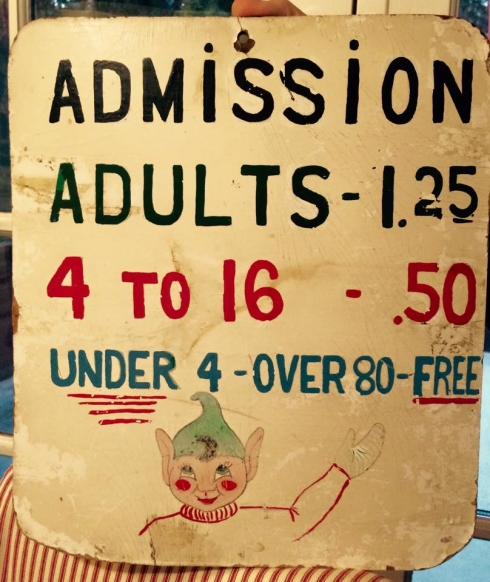 That planted an idea in the Dubois’ heads. They considered it something akin to destiny, showing them that their theme park, though meant to be open almost year-round, should have a Christmas theme. They soon bought the land and started construction. In 1953 families started coming to the small, tranquil park for a wholesome experience. Next year it doubled in size. That paved the way for more additions like Santa's Schoolhouse, the Blacksmith Shop, Santa's Workshop and St. Nick's Chapel. A show followed in the third year, and each successive season brought some kind of improvement or update. 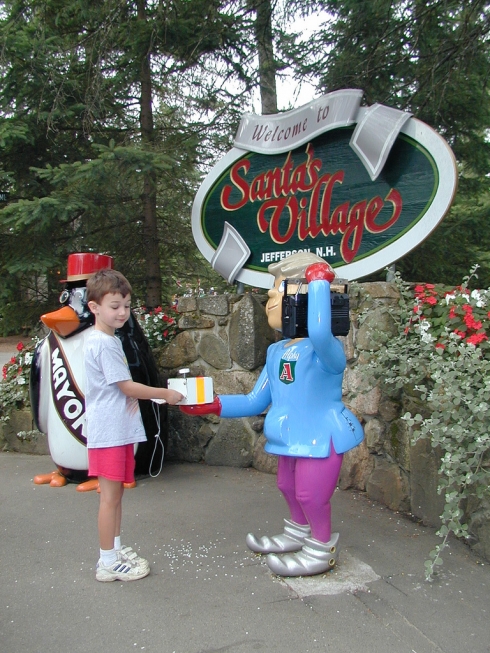 By the end of the 1960s the Dubois family had added restaurants, playgrounds and a “Jingle Jamboree” to the theme park, along with dancing chicken and rabbit performances. While it never had the breadth of excitement of a Disneyland, there was more and more to do there each passing year. In 1974 the Dubois’ son-in-law Michael Gaynor took over the management of Santa’s Village. With his help, Santa’s Village had grown into a “real amusement park” by the 1980s, according to Peggy Newline of the Nashua Telegraph newspaper (writing in 2010). Further additions included a Yule Log Fume that sent passengers down a river themed around Christmas that wound across the park. There were also the picture opportunities where people put their heads through a cake made of plaster. 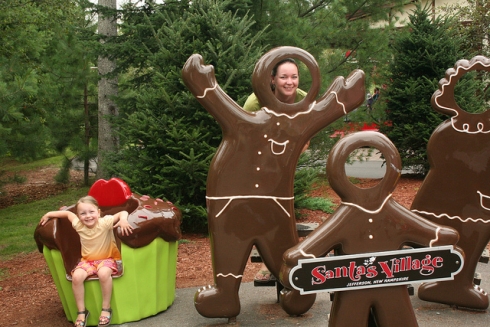 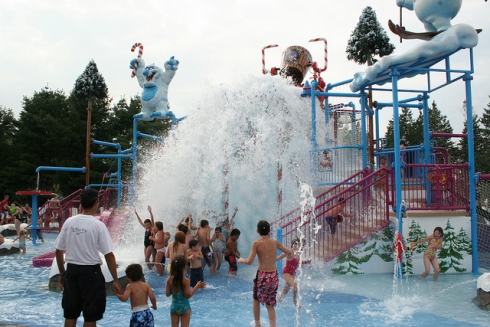 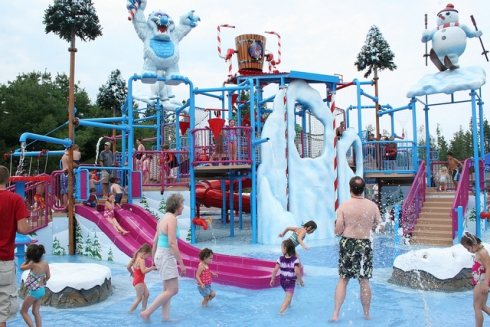 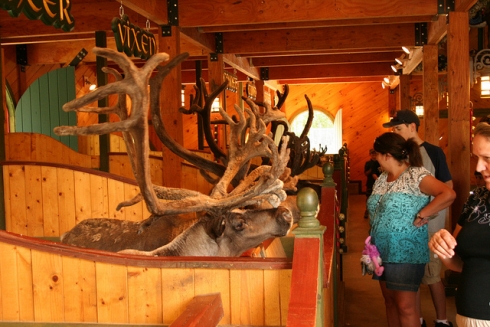 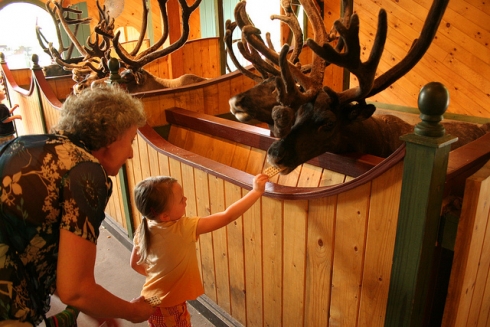 By late-eighties the grandchildren of the founders, Normand and Cecile Dubois, had taken over management of Santa’s Village. Their contributions included a Polar Theater in the 3-D format that seems like it was hard for theme parks to resist. It had elves that danced and a tree that sang. There were also “Skyways Sleighs” that sent people through the sky across the park. They also added a Nativity scene and a wishing well. The coins tossed into the wishing well paid over $1000 towards Christmas gifts for marginalized children. A noble endeavor, to be sure, but I hope that didn’t affect the original wishes! 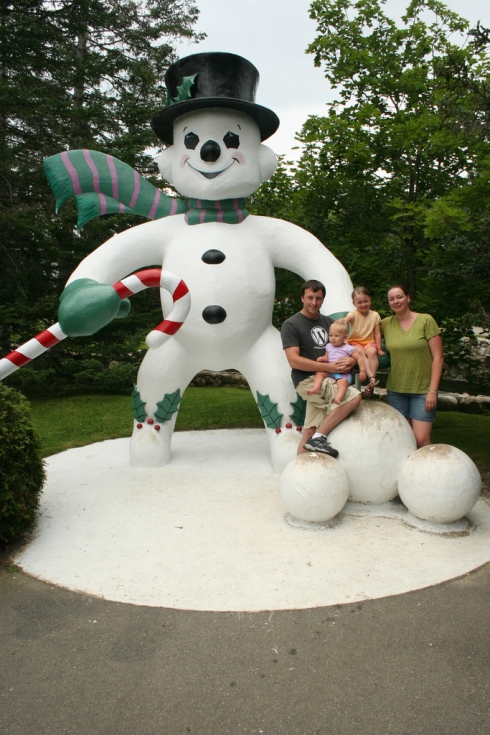 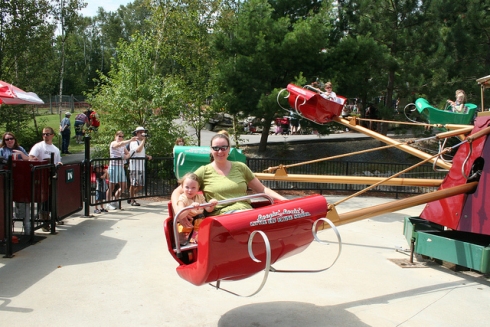 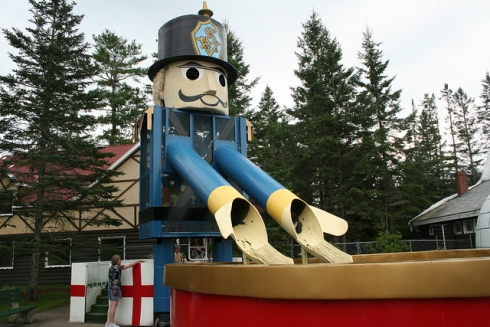 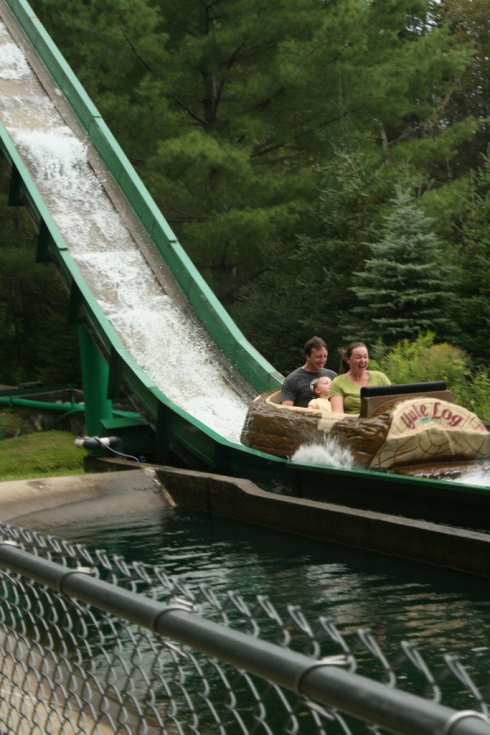 There are some really great quotes about Santa’s Village, the one in Jefferson, New Hampshire in particular. In his autobiography The Hardcore Diaries, popular American professional wrestler, author, comedian, color commentator, actor and voice actor Mick Foley wrote:

“Every good thing in my life somehow leads me back to Jefferson, New Hampshire, and the trip to Santa's Village my parents took me on when I was only three years old.”

Foley put Santa's Village at the stop of his list of favorite amusement parks. “What it lacks in rides,” he wrote, it makes up for in personal nostalgia, a beautiful location, and the magic of Christmas in the summer". 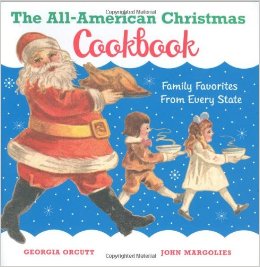 The All-American Christmas Cookbook is a book with classic regional recipes and beautiful vintage artwork from holidays past that “will put everyone in the Christmas spirit, from sea to shining sea.” It also had some nice things to say about Santa’s Village in its 2008 edition.

“In the heart of the White Mountains at Jefferson, NH is Santa's Village. The quaint, rustic houses of the village are a colorful sight nestled among the mountain pines. As you walk up the shaded road from the parking lot you are by Santa's Monkey Band in the music house. Their cheery, syncopated greeting welcomes you to the Village.”