To See Every Firework at Walt Disney World, You Need to Stand Right Here 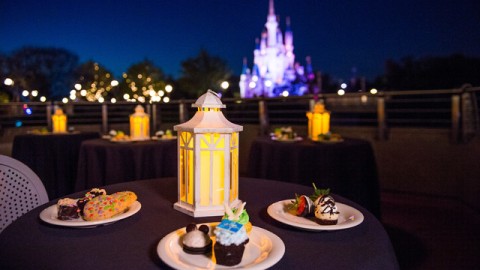 Many of the joys during a visit to Walt Disney World occur after the sun goes down. With the lights down low, Disney’s amazing staff of professional entertainers celebrates their time to shine by putting on legendary performances every night. While Rivers of Light at Animal Kingdom won’t debut for another year, the other three Disney parks in Orlando all feature evening spectacles you will want to attend at least once each trip.

Figuring out exactly where to position yourself in order to have the best view is the trick. Whether you want to enjoy Fantasmic, Wishes, or Illuminations, Theme Park Tourist wants to guarantee that you know all the ideal locations, including a few that will even help you avoid the crowd. Read on to discover the best places to watch all of Disney’s nighttime shows. 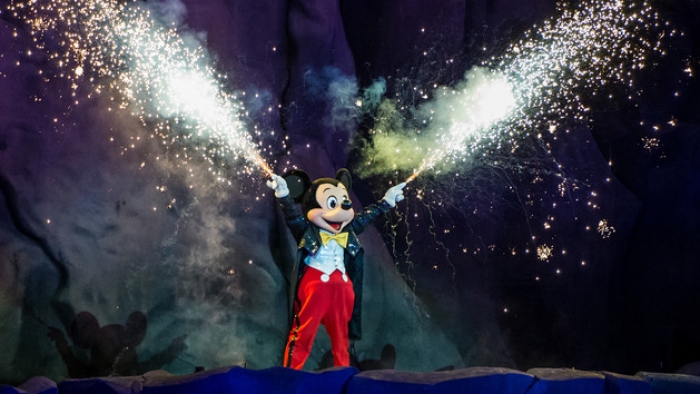 Out of the three famous Disney shows, Fantasmic is the easiest to conceptualize if you’re trying to decide your plan of attack. Figuring out the seating is simple. It’s basically an outdoor stadium the likes of which you’d see at a minor college or major high school football game. This small amphitheater holds approximately 11,000. It features some lackluster benches that don’t include individual seats, and the lack of back support is problematic for some.

Keeping that in mind, getting the best positioning to enjoy Fantasmic is straightforward. It’s first come, first serve with a couple of notable exceptions. If you intend to show up to get a seat, you’ll want to arrive an hour ahead of the listed show. Note that you’ll have to wait in line to access the Fantasmic area if you choose this option. The other two suggestions allow you to skip the line.

Like a football stadium, the goal is to sit as close to the middle as possible and as close to the front as possible. This will provide you with the best view of not only the entertainment occurring on the center stage but also the boats that pass by as well as the light show that occurs in the water. 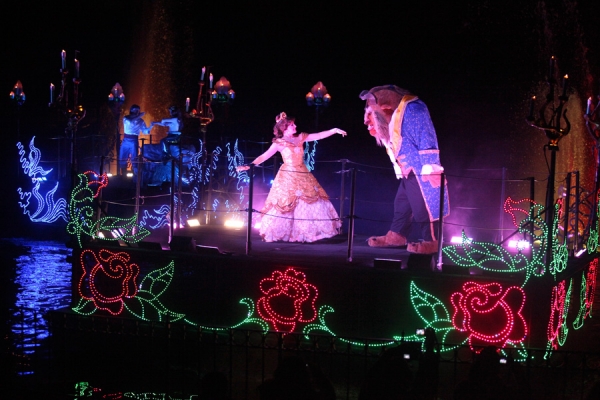 While there is no real trick to getting there early, one suggestion is to target the later performance on nights when the cast performs two shows. The competition is less fierce, and you are on an even keel with the competition. This is because the Fantasmic package about to be discussed is only an option for the first Fantasmic event of the night. So, reserved seating isn’t taking away many of the best seats during the encore performance.

If you want to guarantee great seats, however, the Fantasmic dinner package is an option you should consider. Like many Disney upsell options, Fantasmic provides you with guaranteed seating in exchange for your eating at one of three high-priced Hollywood Studios table service restaurants. The options are Hollywood & Vine, Hollywood Brown Derby, and Mama Melrose’s Ristorante Italiano.

At the cost of somewhere between $35 and $57 per adult, you receive a voucher that guarantees bench positioning in the middle section. Even if you are willing to pay for the meal to get great seats, remember that it’s still first come, first serve. There are no reserved seats for Fantasmic. So, you’ll still want to show up at least a half hour early, even if you have a voucher. 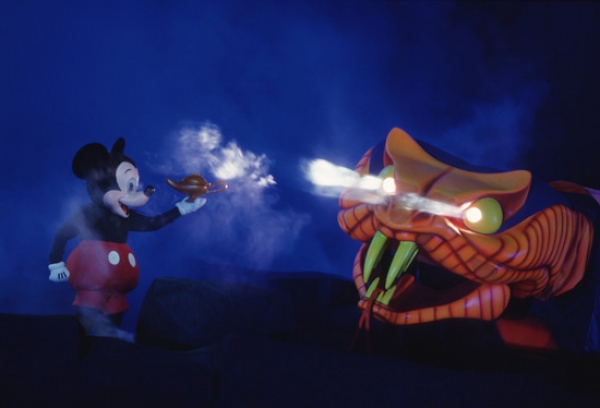 If you want guaranteed seats but aren’t willing to pay anything extra for them, the final option is a FastPass+ selection, which also has the benefit of not requiring guests to wait in line. The best strategy to acquire guaranteed seating at Fantasmic is to choose three FastPass+ attractions for early in the day, preferably finishing them by noon. After you’ve used all three of those, you can acquire a fourth selection for Fantasmic.

Note that this strategy breaks down during the busiest times on the schedules, particularly holidays. That’s because Fantasmic FastPass+ selections can sell out. They usually don’t, though. The explanation is that Fantasmic has a Tier 1 designation, which means that people who choose it are willingly passing on their best chance to ride Toy Story Midway Mania without waiting at least an hour. Not many people are willing to do that, so a lot of Hollywood Studios tacticians employ this strategy.

If aiming for a fourth FastPass seems too risky for you since you want guaranteed Fantasmic seating, do the inverse. Choose your FastPass for Fantasmic and then arrive at rope drop for Toy Story Midway Mania. You’ll probably still have to wait, but if you are at the park when it opens, you shouldn’t stand in line for more than a half hour.

And don't forget the restaurant at the Four Seasons in Golden Oaks. Fantastic views of wishes from their terrace bar. Dinner service stops during the show. Expensive, but well worthit.