The Unusual Story of Walt Disney World's Most Mysterious Mascot 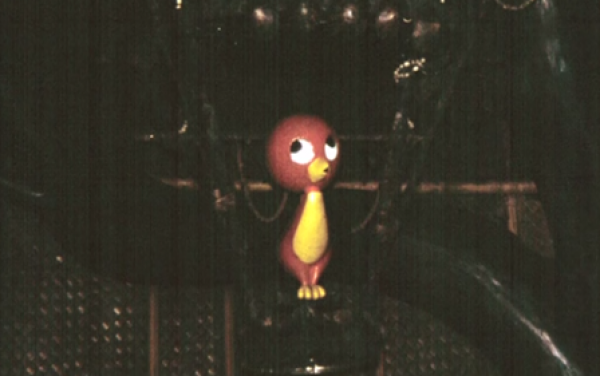 Though much of the Orange Bird's initial popularity can be attributed to the huge Orange Bird marketing campaign rollout in the years prior to Walt Disney World's opening, by the time the park welcomed its first guests the Orange Bird was a bona fide star, especially among Florida locals who associated the character with their state culture and economy.

But even those visiting from afar were drawn to this character, often queueing around Adventureland for the chance to meet and take a picture with a walk-around version of the Orange Bird that was frequently on hand to meet guests around the Sunshine pavilion. Though the Orange Bird never had a dedicated meet and greet space, he would often stroll around his little corner of Adventureland, interacting with guests but never saying a word.

However, beyond the initial connections to Florida culture, another big part of the Orange Bird’s early fame in the 1970s was a hugely popular book and record set that featured songs about the Orange Bird that had been written by the legendary Sherman Brothers (and performed by singer and beauty pageant queen Anita Bryant). You can check out the story and songs below (but don’t blame us if these catchy tunes get stuck in your head!)

Because of the growing popularity not only of the Orange Bird character, but of singer Anita Bryant as well, an even bigger marketing campaign was rolled out in the mid-1970s that brought Bryant and the bird to television, print, and radio ads. You can check out one of the few surviving ads from the 1970s below:

However, though this duo proved fruitful (pun intended) for the Florida Citrus Commission, an ugly controversy reared its head in the later part of this decade that very nearly put an end the Orange Bird...

The Orange Bird loses its voice 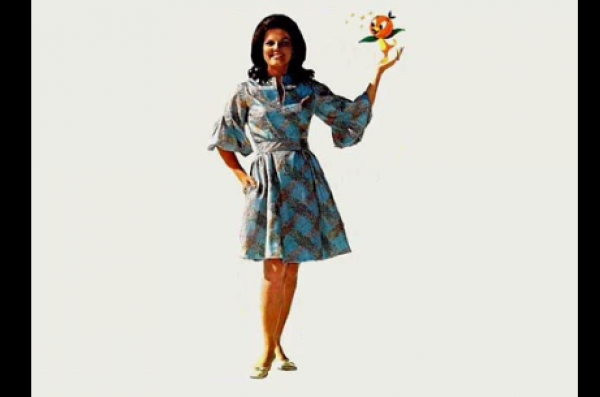 Though Anita Bryant, the Sunshine pavilion and the Orange Bird worked well as a three-part marketing machine for nearly a decade, singer Anita Bryant found herself in hot water in 1977. During this year, Bryant became a vocal opponent of anti-discrimination legislation that was proposed in Miami, taking a very public stance against homosexuality and causing quite the public relations firestorm. Because of the controversial nature of Bryant’s opinions (and subsequent boycott of Florida orange juice by several groups in favor of the legislation) Bryant and the Florida Citrus Commission parted ways that same year.

While the Orange Bird wasn’t really a part of the boycott or controversy, the departure of Anita Bryant left this silent character without his “voice". Sadly, this loss meant that Orange Bird fans saw a lot less of this little guy, as TV ads were immediately pulled from the air in response to the scandal, and the records that were formerly distributed at Walt Disney World were phased out and discontinued. Though many Walt Disney World fans would love nothing more than to see a re-release of the Orange Bird record (those six Sherman Brothers songs would certainly sound amazing with a remaster), because of the severed ties with Anita Bryant and the Florida Citrus Commission, it looks like such a dream is simply not possible, no matter how much we might wish for it.

Nice article. I love the little guy and was intrigued by the story. I remember well the Anita controversy- and in Boston (it reflected more on Orange County FL than anything else)- never connected it with the OB.