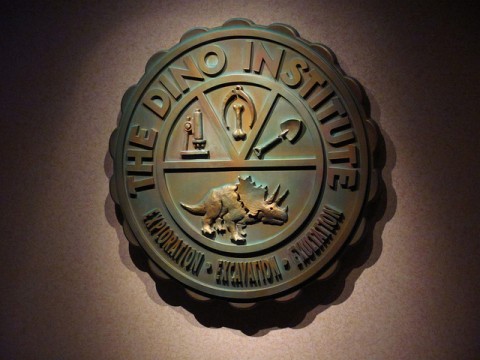 When you hear about the great attractions of Walt Disney World, rides like the Haunted Mansion, Splash Mountain, the Twilight Zone: Tower of Terror, or Spaceship Earth easily come up naturally in conversation. Or, alternatively, if you're told stories of the thrilling and unique attractions of Disney's Animal Kingdom, specifically, you're likely most aware of experiences like Expedition Everest or Kilimanjaro Safaris.

And yet, for some reason, when discussing the signature attractions at Walt Disney World, Animal Kingdom's Dinosaur seems to regularly fall through the cracks. You won't see it on many best-of lists. You won't have as hard a time finding a Fastpass+ reservation for it, even at the busiest times. You won't have to follow a racing horde of people at rope drop attempting to be the first to fill the Time Rovers' deceptively comfortable seats each day. It's just not that kind of attraction.

But once you ride it, it's hard not to be left wondering why in the world that is the case. It truly does not make sense. Dinosaur looks like a major E-Ticket attraction. Dinosaur feels like a major E-Ticket attraction. It has all of the ingredients you'd expect from a smash hit, and yet it seems to fall just on the tier below – ultimately, I'd argue, rendering it criminally underrated.

Looking at it for a while, I'd say these are a few of the reasons why Dinosaur doesn't quite get the accolades it so richly deserves. 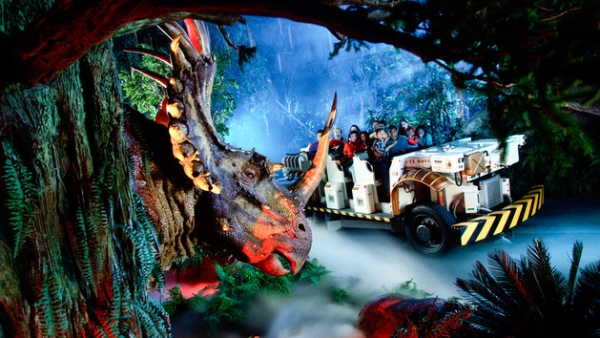 In 1995, Disneyland opened a groundbreaking new attraction called the Indiana Jones Adventure. Not only did this particular ride give Indy fans a real, fully-realized attraction to enjoy, it also introduced the world to a new ride system called the Enhanced Motion Vehicle (EMV). The concept was pretty simple: Essentially, take a motion simulator, similar to what you'd find on Star Tours, and mount it to a moving car. The result is a highly-customizable roving vehicle capable of simulating all sorts of rough surfaces without any real wear and tear on the hardware. It was pretty genius, all things considered.

And, quickly, Indiana Jones Adventure was received by theme park fans rather warmly, with all praising its ingenuity and creative storytelling.

Drawing on the success of that attraction, Imagineers decided to bring the ride over to Walt Disney World, albeit in a shiny new wardrobe.

Disney's Animal Kingdom opened in 1998, and Dinosaur was among the opening day attractions (then known as Countdown to Extinction). But, while it was again received warmly, it wasn't greeted with the same intense level of fan devotion seen on the other coast.

Now, there are a handful of reasons for this, ranging from the lack of an Indiana Jones-level brand for guests to connect with to the fact that the ride is, essentially, a photocopy of the original gussied up with a new coat of paint. But above all else, I think its the ride's innovative system that keeps guests from rapturous praise.

Animal Kingdom is filled with the real – or the seemingly real – far more than any other Disney park. There are real animals all around, engaging with guests both up close and at a distance. And, more than any other ride, Dinosaur is a contrived fiction: You aren't traveling through time. You aren't meeting dinosaurs. Heck, the road you're traveling over isn't even rough. I think all of these factors combine to alienate guests just a bit from the attraction experience, heightening the theatricality of the attraction and, ultimately, limiting their ability to appreciate it on a higher level than a simple thrill ride. With Animal Kingdom living in a world of veracity, anything breaking that illusion seems secondary. 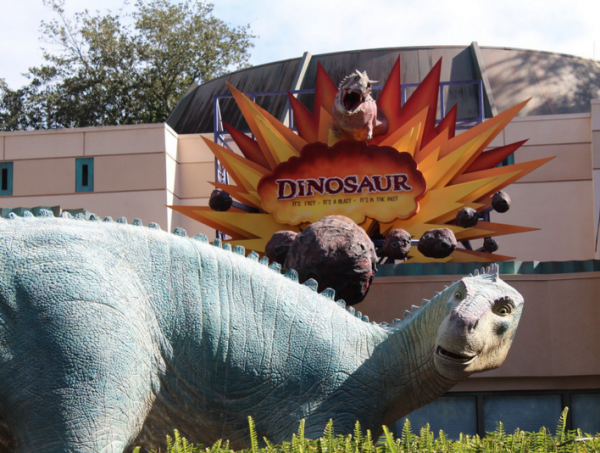 And then there's that name: Dinosaur. If you applied this naming logic to other Disney attractions, Central Florida would be filled with rides such as, “Ghost,” “Communication,” “Elevator,” and “Ellen.” It boggles the mind that this was not only thought up, but approved at various levels of the company until the point that it now is the accepted name of this particular attraction.

But that wasn't always the case. When it first opened, Dinosaur was known as “Countdown to Extinction,” and it has never quite been the same since it was rechristened.

In 2000, coinciding with the release of the film (ahem) Dinosaur, Disney decided to rebrand their two-year-old attraction to work in concert with the movie. While the film was successful in its original theatrical release, it has not maintained a particularly prominent place in popular culture – thus limiting any affect the brand synergy would ordinarily have on excited theme park goers. And so, the result is an attraction name that, to most, sounds like Disney thought it up at 5 o'clock on a Friday with everyone in the meeting itching to get home early.

And that's a shame. The original name, Countdown to Extinction, is as evocative and foreboding a name as you'll find anywhere at Walt Disney World. The word “countdown” suggests a quick pace and frantic feeling, while“extinction” reminds us of the stakes of our ride – our own survival.

Nowadays, the name of the ride doesn't quite set the proper tone, and considering how much of Disney's storytelling relies on slowly giving guests chunks of information, it's a wasted opportunity not to give the ride a better moniker.

My favorite dinosaur I saw on that ride was the Carnotaurus. It was surprising when he started to run towards the time rover at his second encounter! God I love Dinosaur! I really want to go back there sooooo badly

This is the only ride we went on twice out of any park during our last visit, we loved it!

I rode this ride when it first came out and it was one of the most violent rides I had ever been on. That turned me off immediately, and I haven't been on it since. My recollection is that it was also a very uncomfortable seat you have to sit in as well. For the young people this may be great, but for me, no thanks.

Good ride but too short. That is the issue. Indiana Jones which uses the same ride vehicle is better as it is longer and tells a better story.