An early competitor to Disney World, the Circus World theme park was a bit like a phoenix. It had an early spark and soared brightly for a little while but ultimately crumbled to ash too quickly. It was later reborn as the park Boardwalk and Baseball, but that had an even shorter lifespan.

During their short time open, though, both parks had a strong impact on the Central Florida theme park landscape. Circus World even prompted Disney to design and in some instances create new attractions to compete with the perceived threat. Though both parks eventually failed, they had fascinating journeys along the way. Read below about two of the early players in the Central Florida theme park industry that competed with Walt Disney World to varying degrees of success.

Circus World was born out of the Ringling Bros. and Barnum & Bailey Circus. Billed as “The Greatest Show on Earth,” the Ringling Bros. and Barnum & Bailey Circus had roots as early as 1860. “P.T. Barnum's Great Traveling Museum, Menagerie, Caravan, and Hippodrome” was created in 1875 and its rival, The Cooper and Bailey Circus, began fifteen years earlier. Persuaded by the immense popularity of the first elephant born in the United States that was featured at The Cooper and Bailey Circus, Barnum merged with Cooper. The result was the Barnum and Bailey Circus, a franchise that was familiar to people across the country and the world. It was probably best known for the Jumbo act that featured what was promoted as the world’s largest elephant. That elephant, though probably not actually the biggest one in the world, seemed to loosely inspire the character Jumbo, Jr. of the 1961 Disney animated film Dumbo. 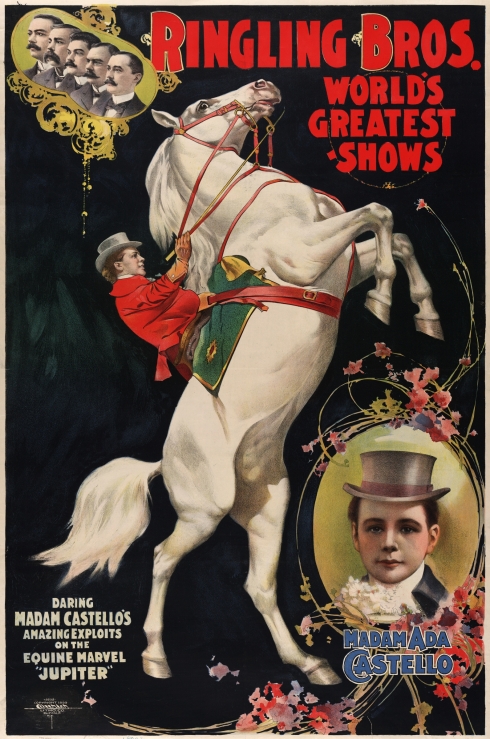 Five of the Ringling brothers founded their own small touring circus in 1884. It eventually became even bigger and more profitable than the Barnum and Bailey Circus. The Ringling brothers purchased Barnum in 1907, but ran the two circuses separately for twelve more years. Common sense eventually prevailed, though, and they merged in 1919. A few more decades passed with setbacks like low attendance due to the Great Depression and the disastrous Hartford Circus Fire, but the circus empire was able to stick around and eventually fell under the ownership of Irving Feld. By 1974 Feld was looking for a place to serve as their winter headquarters, and wanted to take advantage of the burgeoning theme park industry in the wake of Disneyland and Disney World. That quickly led to the creation of Circus World.

The start of Circus World 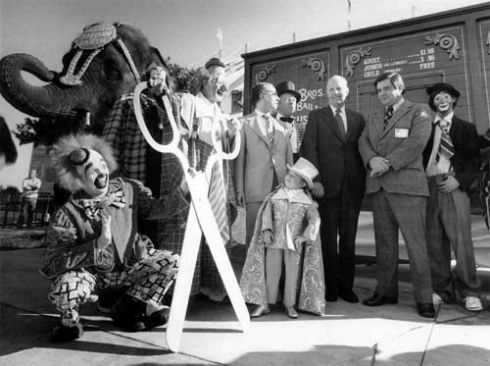 Circus World opened in 1974 as a 27,000 square foot building made to look like an open circus tent, and was originally known as the Circus World Showcase. It was referred to as a “preview center” for what was supposed to be a much bigger theme park that combined circus rides, shows and much more into one mega entertainment center. However, Jim Hill Media argues that the owners didn’t know that the completed Circus World would ever come to pass, too low on funds to pay for such a gigantic project. The Showcase, Hill suggests, was probably meant to encourage big spenders to invest in the concept so the owners could take it to the next level. That sadly never happened, but nevertheless the “Showcase” was eventually dropped from the Circus World title. 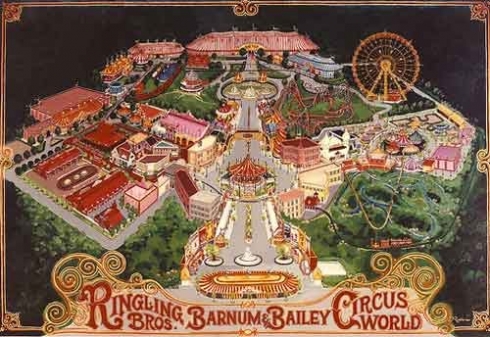 The Circus World Showcase opened with a sparse number of attractions. In 1974, when it opened it had an IMAX theater, displays of circus memorabilia and a model of the theme park that the owners really wanted Circus World to become. That was about it. 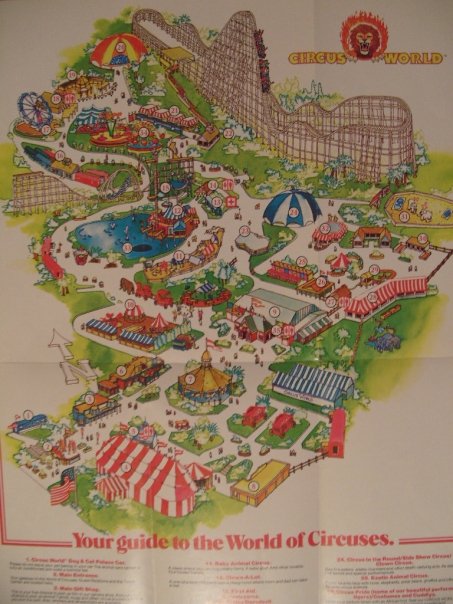 Over the next couple of years there were new attractions such as displays, shows, a carousel, a wooden roller coaster, a ferris wheel and a theater for the biggest act, which was called “The Day The Circus Came To Town.” That event involved a lot of audience participation. Guests sometimes got the opportunity to try to walk a tightrope or fly on a trapeze, with extra safety precautions taken. Still, it definitely didn’t have the level of activity of somewhere like Walt Disney World during that time.

Here are some of the memories preserved by photographs of Circus World, including one of a Mr. Michael Jackson, who loved one of its roller coasters. 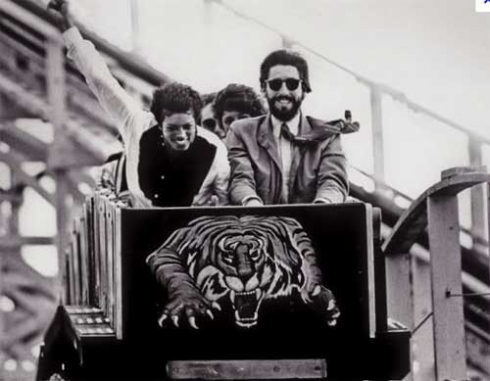 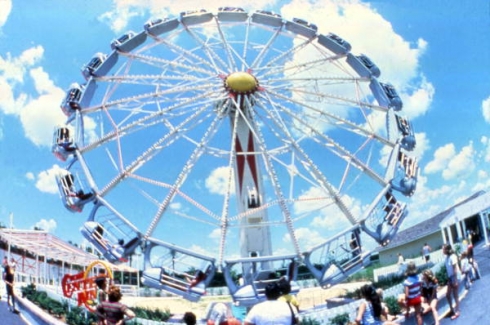 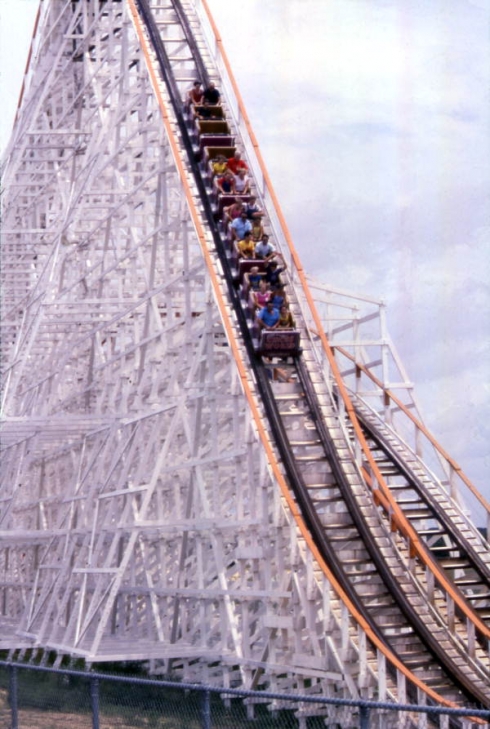 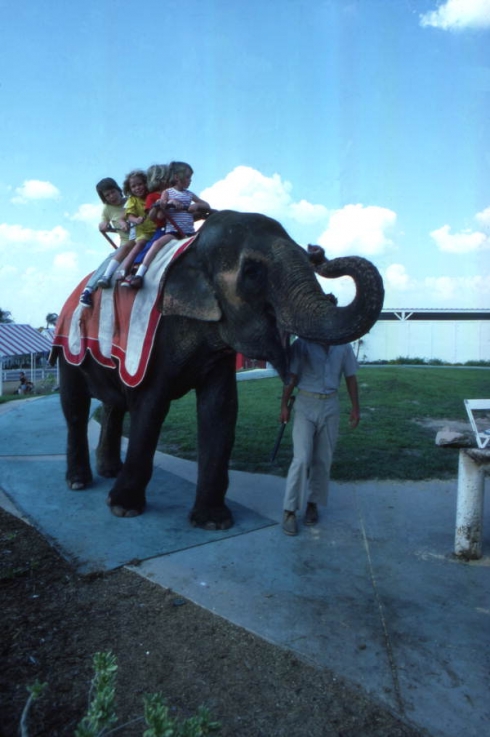 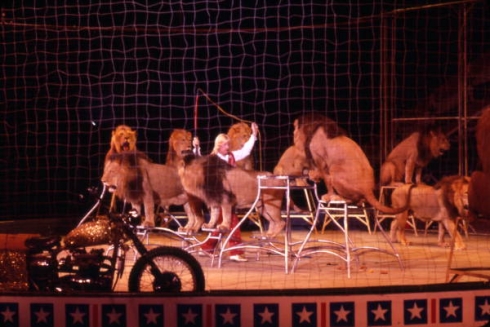 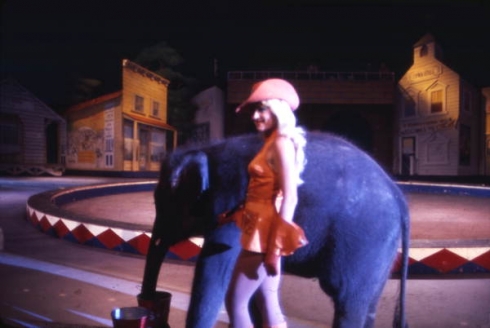 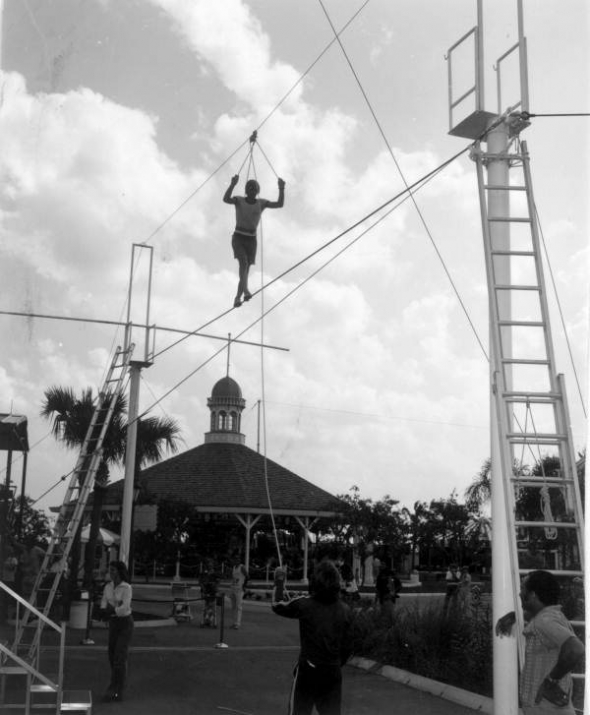 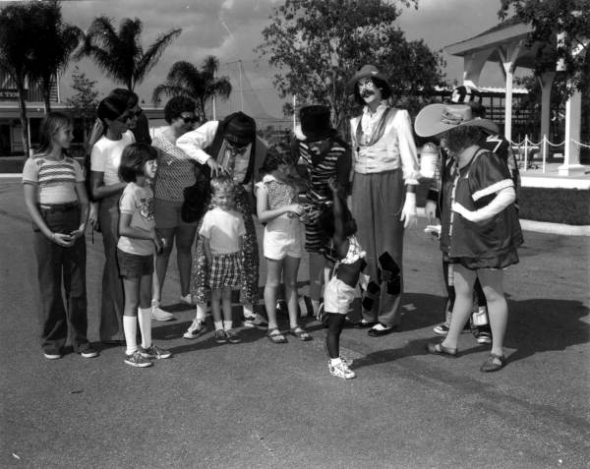 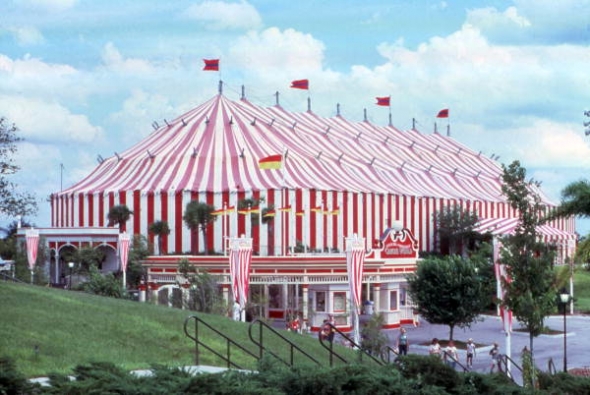