5 Amazingly Beautiful Pieces of Disney History That are Truly Timeless 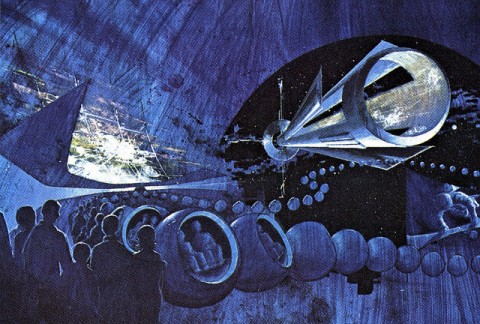 There's more to being an Imagineer than just coming up with great ride ideas. Anyone who's worked in a company knows that thinking up great ideas is only half the battle – from there, you have to sell your idea. That, friends, is the hard part. Everyone has good ideas, but not everyone is able to package and sell their ideas well. And, even if you're able to do so to your coworkers and bosses, that doesn't mean you'll necessarily be able to sell that idea to your customers as well.

This holds true for Walt Disney Imagineering as well – it's not just about creating amazing attractions, it's also about communicating your vision to others. That's where concept art comes in.

Most Imagineers know how to draw and design at least nominally. Some, however, are truly gifted artists, and the concept drawings they create to convey the emotional truth of their projects can and should be considered works of art on their own.

Great concept art can transcend its purpose, not only giving you a sneak peek at an upcoming attraction, but also taking you on an abbreviated version of the emotional journey you'll undergo when you finally enjoy the real thing. And when concept art can do that, it truly becomes something more.

So, let's take a look at some beautifully rendered concept drawings of now-famous Disney attractions – all of which are worthy of gallery space in a museum. 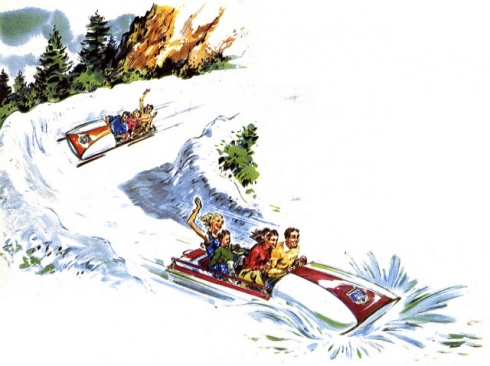 This piece comes from an advertising supplement printed with the L.A. Times in 1959 announcing the opening of a handful of attractions at Disneyland, including Submarine Voyage, the Monorail, and, of course, the Matterhorn Bobsleds. You can view more of that supplement by clicking here.

Unlike the other works on this list, we don't know exactly who produced this particular work, but there's an awful lot to like about it. In addition to capturing the wonderful dichotomy of the snowy roller coaster and the Southern California sun, this rendering evokes a Norman Rockwell-esque sense of Americana – a kind of wayback machine to a simpler era of attraction design and family entertainment. It carries that soft and bright look of Rockwell's iconic Saturday Evening Post covers, complete with a bit of mid-century schmaltz.

Unlike a lot of modern Disney concept art, the focus here is on atmosphere and movement rather than gizmos and gadgets – you look at it, and you immediately have a sense of Walt's intent with this attraction: A thrill ride, sure, but a family-friendly one that could be enjoyed by everyone together. 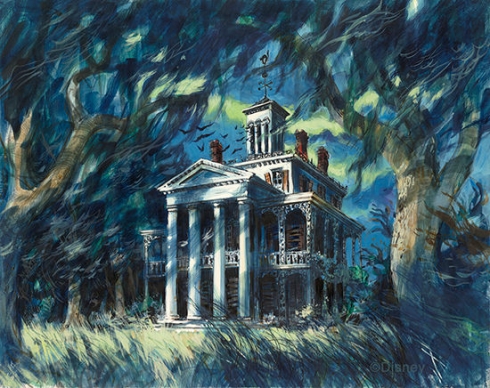 There are plenty of pieces of concept art available for the Haunted Mansion, but this Sam McKim version from 1958 is probably the best of the lot. Considering the Haunted Mansion itself is a real work of art, it shouldn't be a surprise that its concept drawings carry equal gravitas.

There are a few reasons why this specific image rises above the rest, however. The first is that it is, essentially, an exact replica of an actual house that once existed in the real world. Seriously.

The second is that this piece of art pretty closely resembles the final exterior of the fully-realized attraction out in California. Unlike other concept drawings, some of which are really only there to inspire excitement rather than provide any actual sense of what an attraction might look like, this picture captures the essence of what the Disneyland Haunted Mansion would ultimately look like.

But above all, the reason McKim's work stands out is that it is a truly foreboding image. It's spooky, it's grim, and it captures your eye in such a way that it's hard to pull yourself away. Its swirling lines trap you inside and only add to the creepy feeling you get in looking at it – a perfect feeling to convey for an attraction that hits all those notes (and more) with the finished product.