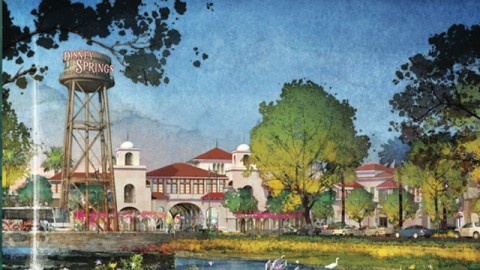 When Pleasure Island closed back in 2008, many long-time Disney fans were incensed. But Disney quickly put out several PR statements claiming that what was to replace it would be better than ever, ushering in a new era of spectacular family entertainment. Since then, numerous concepts have come and gone but very little real progress has been made.

Finally, in 2013, the concept that would stick was announced. Downtown Disney, including the former Pleasure Island, was to transform into Disney Springs. With a Town Center representing the original settlement around bubbling natural springs, the back story is that Disney Springs is a turn-of-the-century small, lakeside town. New development would open in phases, with the project set to be completed in 2016.

Soon after the announcement, construction walls went up everywhere, and Downtown Disney transformed into a highly congested construction zone with almost nowhere to park. It remains that way today, though small bits of the promised expansion “from 75 to more than 150 shopping, dining and entertainment venues” have begun to appear. Unfortunately, while the place still has a long way to go, if what is currently there serves as a preview of what is to come, there is a lot to hate about this new direction. Let’s take a look at the issues. 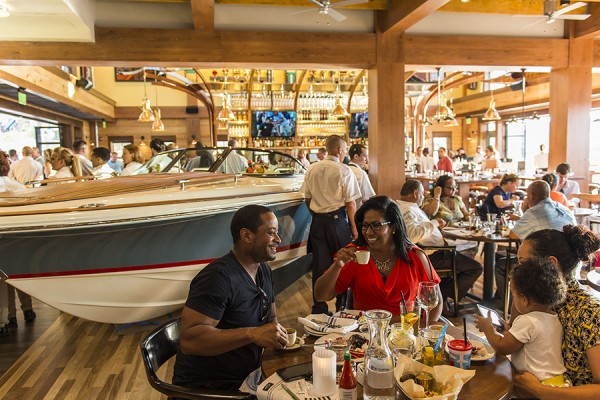 Walt Disney World has never been a cheap destination. But Walt wanted his parks to be accessible to families, not playgrounds for the rich and famous. Yet the first of the new venues to open has priced the average family right out of the experience.

Probably the most glaring example of overhype and overpricing is The Boathouse. This nautical themed restaurant features steaks and seafood, and is located on the waterfront. But the prices are staggering. At lunch or dinner, appetizers will set you back around $15 to $18—unless you prefer the $100 caviar. Salads hover around $20. A burger can be had for $20, but if you want steak or seafood, plan to spend upwards of $30 per person, with a New York Strip topping out at $52. Desserts are another $10 each.

If you want, you can take a tour in an amphibious car while you’re there…for a fee, of course. A 20 minute ride in the same lagoon you can cross for free in a water taxi will run you $125 for up to three guests.

Everything I’ve read says the food is delicious. But here’s the thing, at least from where I’m sitting. You’re in Florida. You can consume all the fresh out of the water seafood you can imagine, expertly prepared and served by an incredibly friendly wait staff, at beach shacks all up and down both coasts. And a complete meal for four will run you what one person’s entrée costs at The Boathouse. Even throwing in a car rental for the day, you’ll still come out ahead, and have the opportunity to soak up Florida’s natural beauty in the process. 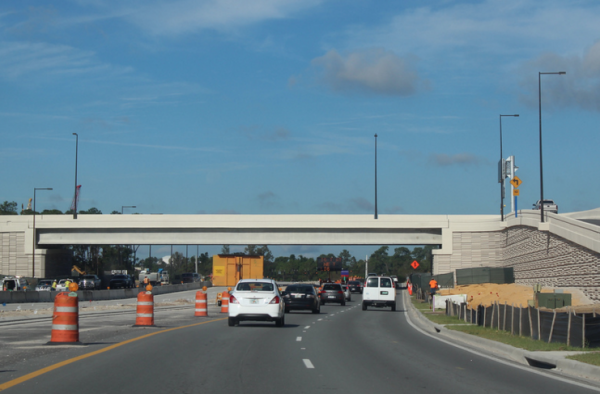 Disney Springs was announced in March 2013, and one of the very first projects was a parking garage at the West Side. It finally opened in November 2014! Now, I’m not a parking garage expert, but what on earth were they doing for a year and eight months? On the other hand, while the garage was under construction, guests were free to park in the lot by Marketplace, at Casting, and in other convenient locations. As of now, the garage is basically your only choice. Which is fine if your plan is to spend several hours exploring all of the property, but annoying as heck if you just want to grab lunch at Earl of Sandwich!

But there’s more. File this in the purely bizarre category. My dad happens to have a disabled parking permit. So the cast member on the first floor of the garage directed us to a space near the escalator. We had to take the escalator up to the second floor, and then immediately take an elevator back down in order to get out of the garage. Boy, that’s super helpful and convenient! *Note the sarcasm in that sentence.* It was an odd experience that left me scratching my head.