The 12 Best Theme Park Foods of All Time 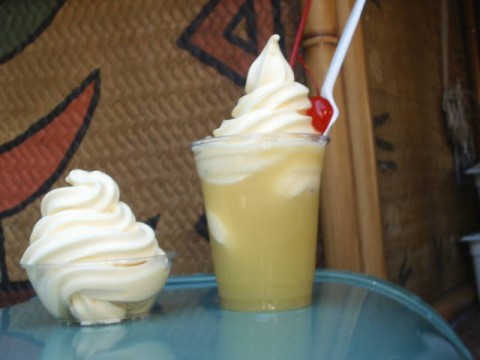 One of the most wonderful aspects of being a Theme Park Tourist is that when you spend a few days walking through a park, you burn thousands and thousands of calories. Unless you’re an extreme fitness buff, you probably exercise more while vacationing at a theme park than you would while spending several days at home. That means that you can eat anything you want without feeling guilty about your massive calorie count. Amusement park owners know this, which is why they offer some of the most deliciously decadent meals and snacks on the planet. What should you do? DEVOUR THEM!!! Eat these 12 signature theme park foods if you want to enjoy the best of the best. 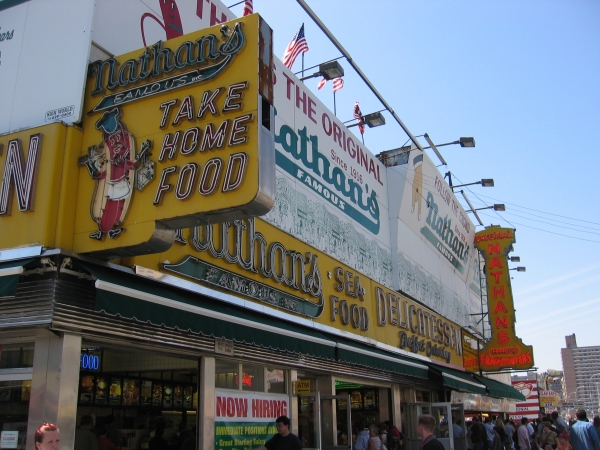 Coney Island hot dogs are the subject of much confusion. There are actually several types that get mixed together. Part of the confusion stems from the fact Coney Island is so renowned for its style of hot dogs that people spread the concept to other parts of the country. Nathan’s is the original, however, and you probably know them through their annual Independence Day celebration of gluttony, the Nathan’s Hot Dog Eating Contestant. While you’ll never beat Joey Chestnut at it, you should still visit this internationally renowned tourist attraction by the Atlantic Ocean and chow down on a hot dog. 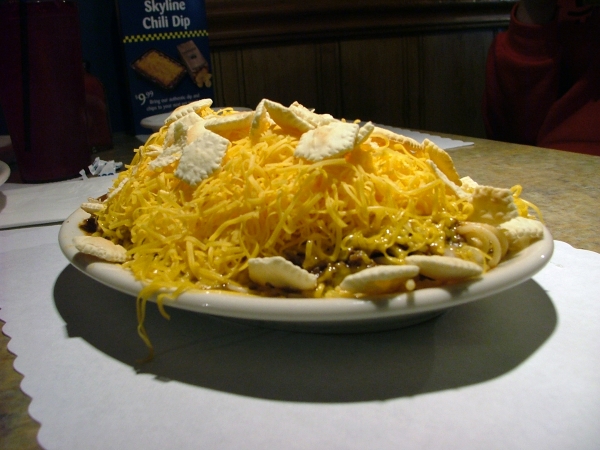 When you think of chili, the one word you would never use to describe the flavor is sweet. That will change once you sample this tasty treat that’s the pride of Cincinnati. Served like a hot dog, this bun is swimming in chili, but all you’ll notice is the cheese in top. In fact, it feels like you’re eating a taco right up until you get the first burst of delicious flavor.

3. Cheese on a Stick – Cedar Point 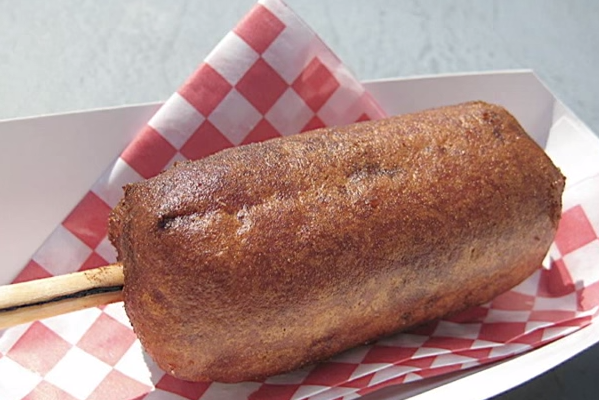 To my mind, nothing reflects the majesty of human endeavor more than our willingness to put consumable foods on sticks. And since I’m from the south, I’ve never been one to let horrific nutritional information stand in the way of my tummy’s happiness. Enter Cheese on a Stick, something I never ever knew was a possibility before my first visit to Cedar Point. A friend had wandered off to find something to quench his hunger. When he returned, he had the stupidest grin imaginable on his face. Seriously, he looked like he’d been doused in Joker Serum. The explanation was that he found the ultimate in carnival food absurdity. It’s the bliss of fried food presented cotton candy style.

As the reigning champion in the category of Best Food at The Golden Ticket Awards, this park has a lot of wonderful options for this list. Dogs N’ Taters is the one that wins the title of the best food your eyes and your stomach, though. It’s a foot-long corndog (or hot dog, if you prefer) nestled beside some of the twistiest tater twirls you will ever see. Don’t be surprised if your entire plate of taters is nothing more than three or four single potatoes cooked golden brown and twirled up to the length of the corn dog. Virtually every theme park serves hot dogs and fries, but Dollywood reinvents the premise by making theirs with flair and style. 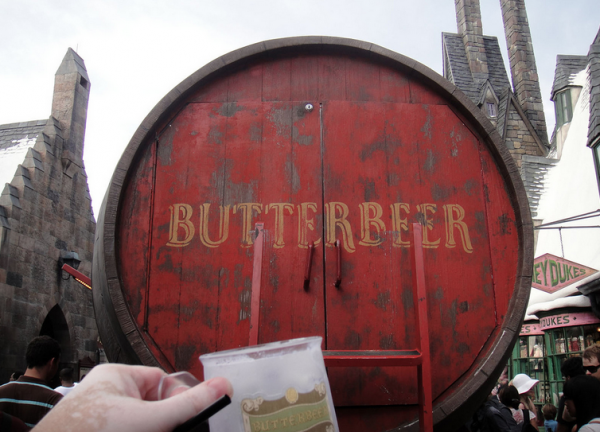 What’s the point of visiting a Hogsmeade restaurant if you’re not going to chug the same beverage as Harry, Ron, and Hermione? The drink from JK Rowling’s imagination is lovingly recreated at Universal Studios Orlando (and Universal Studios Hollywood next year). If you’re worried that imbibing too much will make you a bit woozy during your time spent in the realm of Harry Potter, don’t worry! Butterbeer is non-alcoholic.

For all you Disney fans in the middle of the country, Holiday World in Santa Claus, Indiana has announced that they have Dole Whip starting in Summer 2016! Plus, it is not the same as Disney, but is a really nice and fun park, especially for coaster or water park enthusiasts.

This article made me want to go to all these parks just to try these foods.