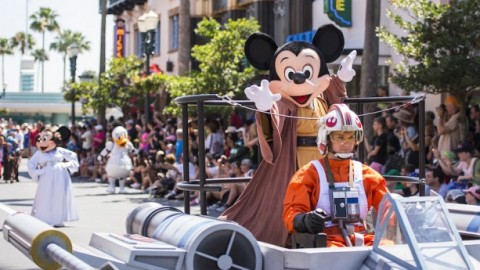 Star Wars Weekends has become one of Walt Disney World’s most beloved and enduring events, running sporadically from 1997 until 2003, and every year since that time. Held for four weekends from mid-May through mid-June, the event is an epic celebration of the Star Wars universe. In 2015, the party runs Friday through Sunday from May 15 through June 14. Almost everything is included in your regular daytime admission.

Celebrity guests, special shows, character appearances, and legions of fans in elaborate costumes, coupled with the creative power of Disney Imagineering, turn Disney’s Hollywood Studios into a Star Wars convention like no other. Your first trip to Star Wars Weekends can feel a bit overwhelming, even if you are a Disney veteran. Fortunately, following a few simple tips can help you make the most of your trip. 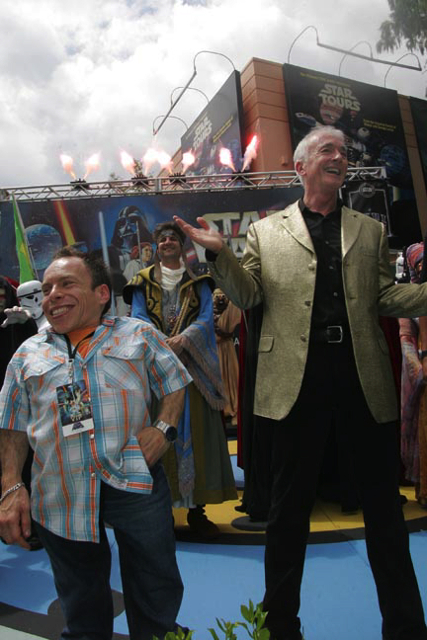 Last year, a friend was scheduled to visit with my group of seasoned Star Wars Weekends aficionados. Due to some last minute snafus, however, he ended up going alone with another friend. Neither of them had ever done the event before. Afterwards, we compared notes.

My group decided not to get celebrity autographs, since we already had them from previous years. We also exclusively used the Standby lines, as we didn’t choose a date until the last minute. We were able to not only get into every show, including Mark Hamill’s much-anticipated special appearance, but had good seats for each. We also watched the Jedi Training Academy, shopped to our hearts’ content at Darth’s Mall, enjoyed event-specific drinks and cupcakes, ate two full meals, rode Toy Story Midway Mania, and found decent viewing for both the parade and the closing fireworks.

My friends showed up around 11 a.m. without having so much as looked at a park map or event schedule. They wandered around, never found the theater where the shows were held, watched a bit of Mark Hamill on an outdoor screen, rode Rock ‘n Roller Coaster, ate popcorn and complained about the price, and went home exhausted and frustrated at 5 p.m., having paid full gate price for admission.

The moral of this story? Plan Star Wars Weekends like you would plan any other Disney trip. Know the show times, know the crowd patterns, know where you need to be when, and above all, familiarize yourself with the park layout or pick up a map on your way in! It can all be done in one day, but only with an excellent plan. 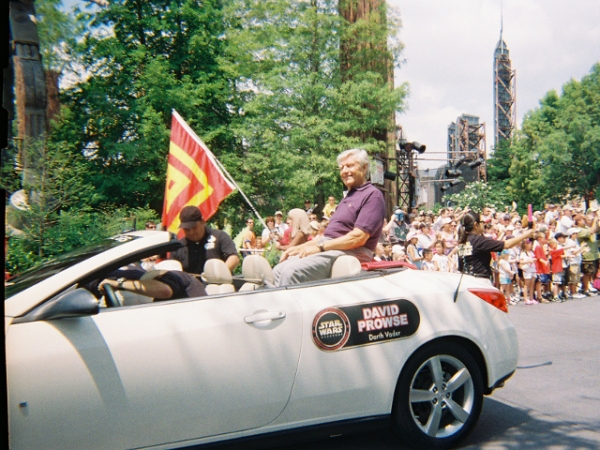 If you don’t care about celebrity autographs, but you want to take in everything else at the event, arriving 30-60 minutes before the park opens is fine. If you just want to immerse yourself in the atmosphere, but don’t mind missing some of the shows, arriving as late as 10 or so is reasonable. However, if you intend to get autographs, prepare yourself for a lack of sleep the night before.

FastPass+ is not available for autographs, but regular FastPass is required. It’s a bit confusing, so here’s what you need to know:

FastPasses are distributed separately for each celebrity, on a strictly first-come first served basis for that celebrity. When you arrive, you MUST choose which celebrity you want to see. Your party can divide up, each standing in line for a different celebrity, but you may NOT save places in line or get FastPasses for each other. However, the same celebrities generally (not always) appear all three days of a particular event weekend. Therefore, you could get one person’s autograph on Friday, someone else’s on Saturday, and a third person’s on Sunday.

It seems like every year, more and more people camp out the night before. By 5 a.m., the lines are ridiculously long for popular celebrity guests. Standby tickets may be distributed at Disney’s discretion, but there is no guarantee that Standby ticket holders will receive an autograph. Plan to arrive by the wee hours of the morning to be sure you get a particular autograph.