The 2 Major Causes Behind Almost All Roller Coaster Malfunctions

Ride disruptions and breakdowns have plagued Fury 325 at Carowinds in recent days. The park suffered the indignity of their most hyped ride ever stopping three times in a week. While the negative headlines represent a short term embarrassment, the worst aspect is the pictures of ride trains stranded near the apex of one of the world’s only Gigacoasters. Show those pictures to someone with a fear of heights, and they’ll instantly start hyperventilating.

Still, this sort of drama is nothing new. The most thrilling rides often require the strongest fail-safe measures to ensure the safety of passengers. While the Fury 325 images are undeniably startling, they represent a positive. The people on the ride were protected from calamity, even as they were horribly inconvenienced for a time. While my mind wonders to things like whether they could even get cellphone reception while stuck on Fury 325, presuming cellphones are allowed on the ride, the larger story here is obvious. What causes rides to fail? Speaking from personal experience, I’ve been stuck on some of the most famous rides in the world such as Space Mountain, Millennium Force, Magnum XL-200, and Barnstormer. It happens, and I view these unfortunate incidents at three different theme parks as the cost of doing business for riding the most exciting attractions in the land. If you are a theme park tourist, odds are good it’s happened to you before, also. Here are five reasons why your thrill ride doesn’t go as expected. 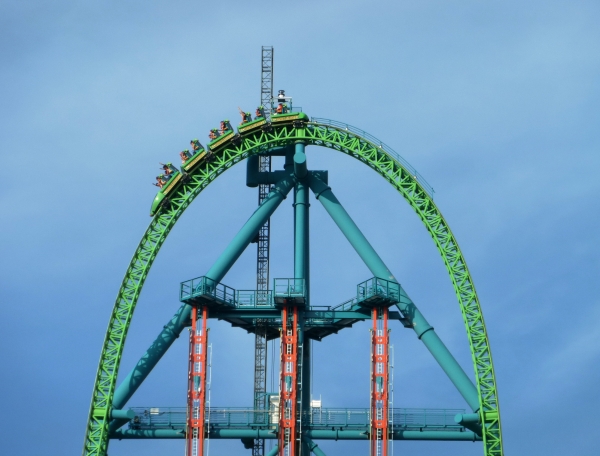 You’ve probably heard that rides such as Kingda Ka and Top Thrill Dragster occasionally…fail. These vertical lift rides stretch the laws of physics to their logical extremes, and sometimes physics, like the Empire, strikes back. Launched roller coasters frequently post signs warning people to remain calm in the event of the horrifying spectacle of a multi-ton coaster cart traveling backward at significant velocity. That’s like asking someone not to experience an adrenaline rush during a bank robbery. Still, it does happen, and the why of it is fascinating.

Rollbacks occur when a train launches at a speed too slow to reach the top of the track. As you know, once a cart gets over the proverbial hump, Newton’s Laws of Motion take care of the rest. The trick is taking the aforementioned multi-ton coaster cart currently in a state of inertia and boosting it to the necessary velocity that it can climb straight upward over 400 feet. If it were easy, Kingda Ka wouldn’t blow everybody’s mind. 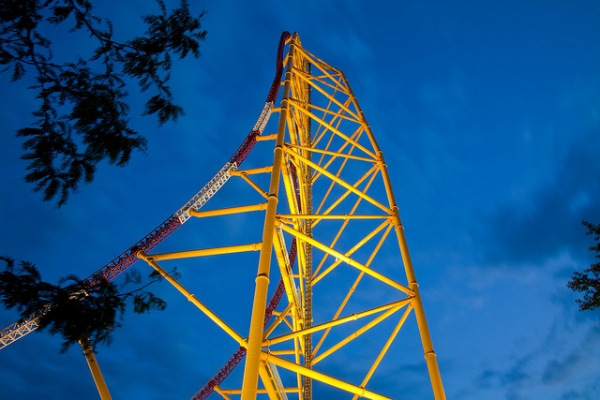 What goes wrong that leads to rollback? There are three likely culprits. The most obvious one is high winds. Gusts can wreak havoc with the launch velocity. And if you’ve ever watched Bobsledding or Luge events at The Olympics, you know that every microsecond of velocity at the start creates ripple effects throughout the rest of the journey. Losing just a few miles per hour is enough to cause a rollback.

The two other reasons are more about the engineering. Steel-accelerated roller coasters require a bit of time to warm up in the morning. So, earlier rides are more prone to rollbacks. This is why these rides do pre-passenger test runs. It’s to increase the heat of the tracks, thereby boosting the conductivity. Along those lines, cold weather is the other issue. Since tracks need heating, anything that prevents this from occurring is bad. So, if you are one of those freaks who WANTS to experience a rollback, your best bet is an early morning ride during cold and windy weather.