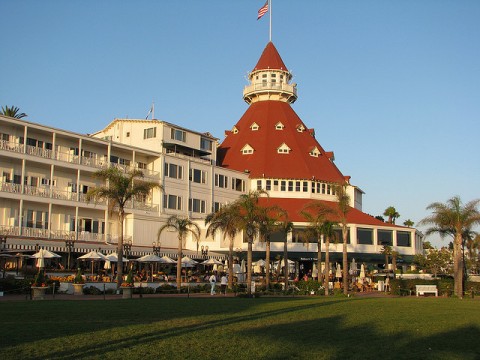 Joe Rohde, one of the leaders of Walt Disney Imagineering, has quite the eclectic Twitter feed. If you follow him, you'll see that he's constantly traveling the world, photographic beautiful places and learning about the cultures that are the most different from our own.

Now, Rohde probably derives a tremendous amount of personal joy from these travels, but believe it or not, they aren't just for fun. Disney's attractions, hotels, restaurants, and more are all inspired by real places around the world. Some draw their inspiration directly, like the replica of the Eiffel Tower in Epcot's France pavilion, while others are more oblique. But, because so many of Disney's attractions and lands are trying to transport you somewhere different-but-still-familiar, they're all designed to echo real types of art and architecture you'd find elsewhere in the world.

Some of these buildings were so striking and so evocative, Disney couldn't help but nearly recreate the entire thing.

Let's take a look at a few of these structures that will look awfully familiar to fans of Walt Disney World:

(Note: Obviously, most attractions and resorts draw their inspiration from multiple sources, and this is not, by any means, an exhaustive list – it is simply showcasing some of the more obvious examples of Disney's influences.) 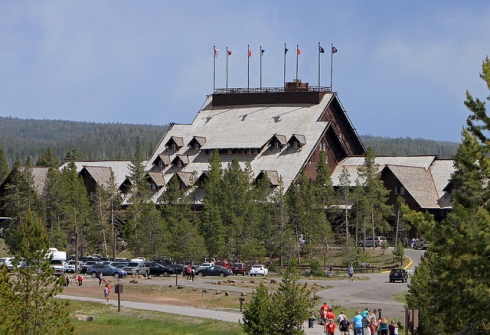 Peter Dominick is a name that every Disney fan should know. His contributions to Walt Disney World are among the most beautiful and serene settings on Disney property: Disney's Wilderness Lodge and Disney's Animal Kingdom Lodge. For the former, Dominick was clearly inspired by the Old Faithful Inn in Yellowstone National Park.

Following in the style of National Park architecture of the Pacific Northwest, the Old Faithful Inn opened in 1904 and has been expanded several times since. It was designed to complement the natural setting around it, using a wooden log structure to give it the now trademark rustic vibe.

Its most famous feature is its enormous, multi-level balcony – a setting cribbed quite clearly by the Wilderness Lodge.

The Old Faithful Inn is still in operation today and remains one of the most popular hotels in the country. If you do stay there, you'll find that visually, it matches up quite well with its Disney offspring. The only difference being, of course, you can't take a boat from Wyoming to the Magic Kingdom. Well, I suppose you could, but it certainly wouldn't be as convenient. 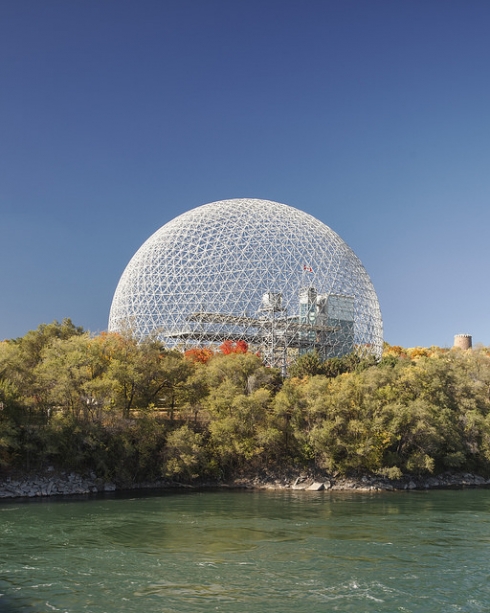 Without eclectic futurist Buckminster Fuller, Spaceship Earth at Epcot would likely have never been built. Not only did Fuller coin the term “Spaceship Earth” in an attempt to promote conservation, but he also invented the geodesic dome – a concept that Disney elaborated upon to create the geodesic sphere that makes up Spaceship Earth's structure.

But before the attraction was even on the drawing board, Disney's imagineers were inspired by Fuller's work – specifically, two instances of it. The first was his contribution of a geodesic dome for the Ford Rotunda in Dearborn, Mich. According to Imagineer John Hench, the man largely responsible for Epcot:

“We assumed from the beginning that we needed a large sphere for the Epcot icon, and we wanted one with enough space inside for an attraction. We were familiar with architect Buckminster Fuller’s experiments with building the geodesic dome he had invented in the 1940s, including the one he had constructed for the Ford headquarters in Dearborn, Michigan, in 1953. Fuller’s famous phrase ‘spaceship earth’ also appealed to us.”

But if the Ford rotunda was a proof of concept, it was the United States pavilion at Expo 67 in Montreal that truly inspired the visual look of Spaceship Earth.

Both structures were engineered by a man named Frank Heger, a former MIT professor who had previously worked with the Walt Disney Company on the Monsanto House of the Future out in Disneyland. In '67, Heger worked with Fuller to build the geodesic sphere that made up the famous pavilion at the Expo, so when Disney decided to try and make a geodesic sphere to serve as the icon of their newest park, they new exactly who to call.

The result is a building that clearly draws inspiration from the Expo 67 pavilion (now known as the Montreal Biosphere), but uses it as a jumping off point to reach even more exciting heights.

another possible model for the Haunted Mansion is Lyndhurst on the Hudson, just North of NYC.

The Hotel del Coronado was also featured in the classic film "Some Like It Hot," FWIW - standing in for Florida, ironically enough

Thank you for adding a reference to one of our grand resorts of her in New Hampshire.