3 Disney Attraction Concepts That Couldn't Stand the Test of Time 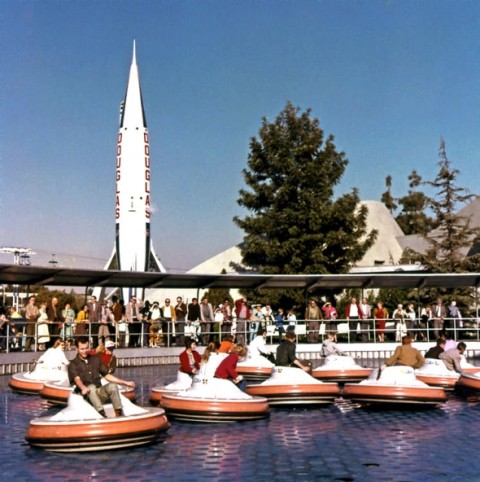 If the short-lived Luigi’s Flying Tires experiment teaches us anything it’s that the brilliant minds within the Disney ranks, even the incredibly talented Disney Imagineers, are not infallible. Disney California Adventure’s most recent casualty was a charming incorporation of a Disneyland original, the 1961 Flying Saucers attraction, with beloved contemporary elements, Luigi and Guido from Cars. It just didn’t resonate with today’s open minded, yet discriminating,­ theme park guests, and the disinterest may extend beyond the confines of the ride.

The loss of an attraction, much less an entire idea, stirs the emotions. None, though, are likely as disappointed as the Imagineers themselves, especially when admitting that one of the original Disney concepts has failed. Perhaps in time, as tastes change, and change back, the demand for this and the attraction ideas listed below will resurface. But, every theme park alteration requires a sizable financial and geographic investment, and sometimes one chance is all you get. 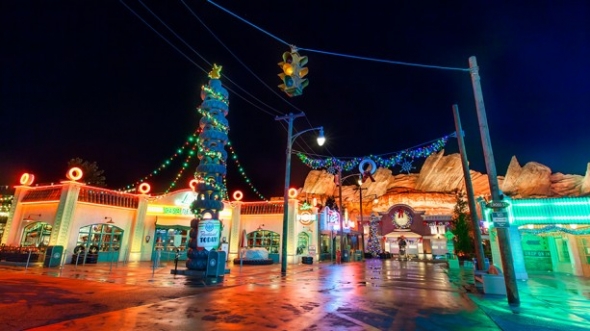 Luigi’s departure is memorable, because it occurred so recently. It did not elicit the passion of, say, Maelstrom’s removal, or even the simple addition of an animatronic Johnny Depp inside Pirates of the Caribbean. It is a concept that was rather surprisingly brought back with the Disney California Adventure Cars Land expansion, and may have been an act of pure nostalgia.

Disneyland's original Flying Saucers attraction was similar to a massive air hockey table. It lasted less than six years in a park that didn't have a ton of rides to begin with. In the 60s, it may have seemed pretty cool to float around in a huge, slow bumper car, over which you didn't have total control, though even in the low-tech past, the novelty faded quickly. How it ever returned, in the shadow of, and in fact from the same drawing board of Radiator Springs Racers, one of Disney's most ambitious and theatrical ride concepts, is a total mystery. 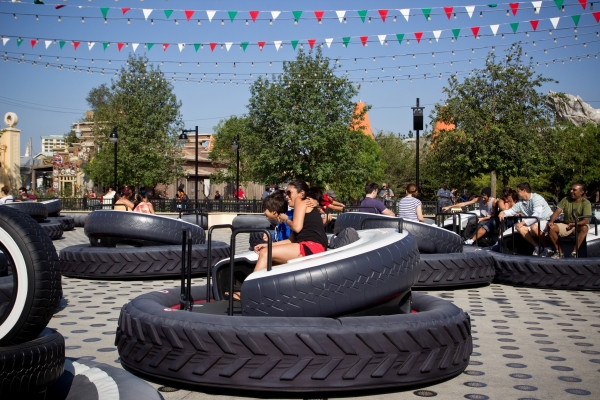 The 2010 generation of guests didn't take to it at all. Within a year of the Cars Land unveiling, Luigi's saw less traffic than the restroom behind Flo's Diner. Shortly, the beach ball element, included to increase the level of excitement of the original concept, was removed. The balls never operated as planned, and caused as much confusion and frustration as joy.

To claim there is no room for bumper cars is to misunderstand their sentimental value for theme park guests. Simply because an attraction is slow, and doesn't have a surfeit of functions, doesn't make it undesirable. The same has been erroneously supposed regarding canal boats and carousels. Giant air hockey pucks, though, that become stuck when they encounter a wall, another vehicle or cluster of beach balls is a tough, perhaps impossible sell.