7 Key Moments from the Past, Present and Future Tomorrowland 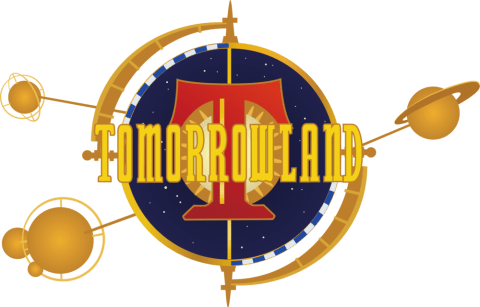 As a futurist who almost developed an Experimental Prototype of the City of Tomorrow, the futuristic Tomorrowland was naturally close to Walt Disney’s heart. His dedication tells you that much.

A vista into a world of wondrous ideas, signifying Man's achievements... A step into the future, with predictions of constructed things to come. Tomorrow offers new frontiers in science, adventure and ideals. The Atomic Age, the challenge of Outer Space and the hope for a peaceful, unified world.

The themed land that can be found at Disneyland, the Magic Kingdom, etc. has a fascinating past, exciting present and, with a major motion picture inspired by it less than a month away, likely a strong future. Learn about the history of Tomorrowland and how it’s been changing with the times by reading below. 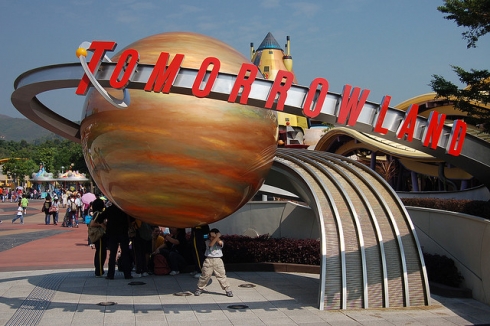 As the last land to finish construction at Disneyland, the original Tomorrowland was extremely rushed, much to Walt’s dismay. Worse than that, most of the attractions found inside were corporate promotion, one of the many sacrifices Walt had to make to get the park made in the first place. Richfield Oil, Trans World Airlines and American Motors sponsored rides that were there on opening day in 1955 but are mostly forgotten now. The Monsanto Hall of Chemistry and Dust Boy Paint Gallery stuck out especially. 1959 was when things started taking a turn for the better with the Monorail system, the first permanent one in the Western hemisphere, as well Submarine Voyage and the Matterhorn that’s now found in Fantasyland. 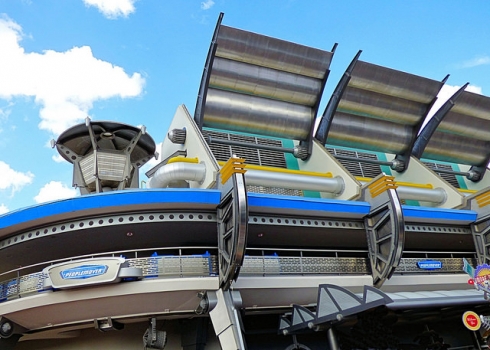 A rebuilt Tomorrowland debuted on July 2nd, 1967. It included now-classics like the Carousel of Progress, Circle-Vision 360 and the PeopleMover. The legendary Space Mountain was also being planned around this time, but that would take a little longer to come to fruition because of delays resulting from Walt Disney’s death in 1966. 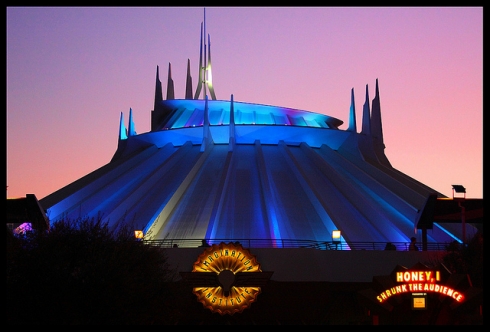 Surprisingly, The Walt Disney Company didn’t learn from past mistakes since the Tomorrowland at the Magic Kingdom didn’t have enough time to be built properly, either. While not nearly as promotion-heavy, it in many ways was a worse rush job than the Tomorrowland in Anaheim. Many of the rides were still being constructed and some areas were just empty spaces. It wasn’t until the opening of Space Mountain in January of 1975 that things started to feel complete. The brainchild of Walt Disney, Space Mountain was an attempt to simulate the experience of an astronaut returning to the Earth. There was a lot of fanfare when it debuted, with a whole marching band devoted to the celebration and a special guest appearance from Apollo XV astronaut Colenol James Irwin. It solved the problem of a lack of thrill rides at the Magic Kingdom in a big way, one of the most popular roller coasters at any Disney theme park. 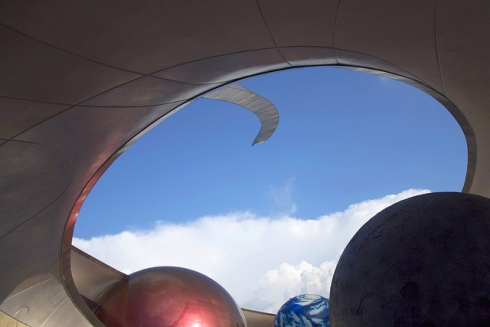 For a hot minute, Disney had plans to completely revitalize the Tomorrowland in Anaheim with something called “Tomorrowland 2055.” It would have been themed with the extraterrestrial in mind. One of the changes was going to be replacing Mission to Mars with an attraction called ExtraTERRORestrial Alien Encounter. Those plans were botched, though, because of the high cost and Euro Disneyland’s initially poor performance.