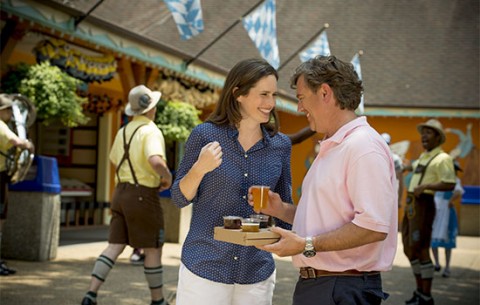 Not every aspect of an amusement park vacation is predicated upon the rides. Sometimes, you want to relax and enjoy the scenery. In other instances, the breathtaking views enhance the proceedings. Theme park designers spend millions of dollars selecting the perfect park location and then augmenting them further to provide a soothing experience for guests. Here are the seven most beautiful theme parks in the United States.

The Virginia location is the reigning winner in the Best Landscaping category three years running in the Golden Ticket Awards. Amazingly, that’s not its most impressive feat. The National Amusement Park Historical Association has named Busch Gardens Williamsburg as Most Beautiful Amusement Park. Over 20 times. I’m not sure what more I could say to add to those accolades other than noting that the idyllic Williamsburg setting includes elements of 17th century England, France, Germany, Ireland, Italy, and Scotland in its design. You can take a walk through history while enjoying some of the most entertaining rides on the East Coast. In terms of park beauty, Busch Gardens Williamsburg is the gold standard in American theme parks.

Perhaps no other amusement park in the country benefits more from its surroundings than Cedar Point. Nestled beside Lake Erie, the roller coaster capital of the world is approaching 150 years in operation. What differentiated it in the 19th century remains its calling card today. The lake perspective adds immeasurably to all of the attractions. This is why the brilliant ride engineers at Cedar Fair have chosen to emphasize their competitive strength as much as possible.

Four different roller coasters at Cedar Point exceed 200 feet in height, the requirement to qualify as a Hypercoaster. The idea is that as theme park tourists are lifted high in the air, they can appreciate the beauty of the waters below for a few moments before plunging at extreme velocity to the depths below. No ride is better in this regard than Millennium Force, which is why it reigns as the gold standard in roller coaster design in the 2000s. Sitting on the front row of Millennium Force provides the ultimate lake view, and it’s exactly this kind of ride accentuation that makes Cedar Point one of the most beautiful theme parks in America.

Taking full advantage of the Allegheny Mountains, Knoebels Amusement Resort manages to embrace its location and history while still maintaining relevance in the competitive 21st century amusement park industry. The largest free admission park in the country, Knoebels finds clever ways to glorify its heritage and locality, thereby enhancing its beauty. Several of its rides have existed for many decades, allowing parents and grandparents to share aspects of their youth with the next generation of their family.

Impressively, several of the areas incorporate nature as their backdrop to the point that tree trunks are part of the infrastructure of multiple pavilions. It’s a specific nod to the timeless nature of the park as well as its placement in the surrounding forest. Many of the throwback rides at Knoebels offer amazing views of the lush vegetation in the surrounding region, making the park somehow feel like an extension of the mountains, as is fitting for a place once known as Knoebels Grove. You’ll never feel more at home with nature while riding a roller coaster. For aging theme park tourists, Knoebels feels like a gentle, warm reminder of the halcyon days of youth. 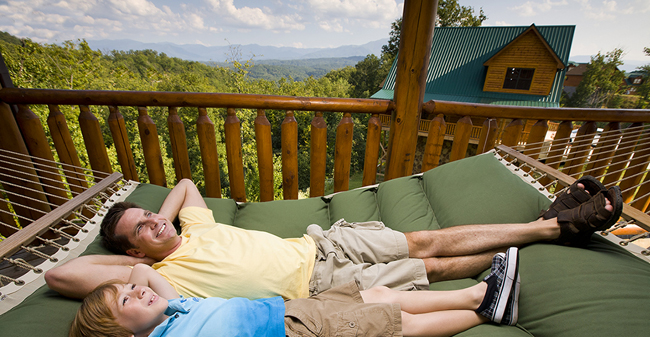 Cynics lambasted this park during its early days. Co-owner Dolly Parton was well known in the music industry and more recently the movie realm for her Russ Meyer-esque proportions. Few people took her passion project seriously in the mid-80s, yet Dolly has had the last laugh over time. Dollywood is a perennial winner at the Golden Ticket Awards in categories such as Best Food, Best Shows, Best Christmas Event, and Friendliest Park. It also finished in the top three in the most recent awards for Best Park overall.

What ties together all of its strengths, however, is the breathtaking backdrop of the Smoky Mountains. This vista setting of hundreds of acres of mountains accentuates virtually every aspect of Dollywood. It is particularly gorgeous during fall, when the leaves change color. Also, the reason why Dollywood is a strong annual contender/reigning champion in the Christmas Event award is obvious to anyone who has ever visited during this time. Dollywood as well as the vast majority of the businesses in the area all embrace the holiday season. There is a constant onslaught of Christmas decorations, creating one of the most festive atmospheres in the history of amusement parks. It literally stretches for miles.

Thanks for the article, I enjoyed it! However, did you have to knock New Jersey in the process? NJ is a BEAUTIFUL state. It is varied and accessible to all. Beaches, mountains, lakes...it's all there. Please don't lower yourself to Jersey jokes. I didn't see negative comments for those other states, please don't bash mine.

The back half of Cedar Point was beautiful with grass and a lot of trees, but there was a large part near the front with just concrete and no shade that was absolutely miserable in the humid summertime. (We were contemplating leaving the teens & returning to our hotel for the day due to heat exhaustion when we found the back of the park.). Also, I am surprised that Hershey Park, PA did not make the list.

Six Flags in Agawam Massachusetts is on the banks of the Connecticut River. In the fall it has a beautiful of the fall foliage.

it should also be noted that Great Adventure is not only replacing the trees that are being removed for the construction of the solar farm, but that additional trees are being planted. The park will produce sustainable energy as well as being a home for even more trees than it originally was before the project.