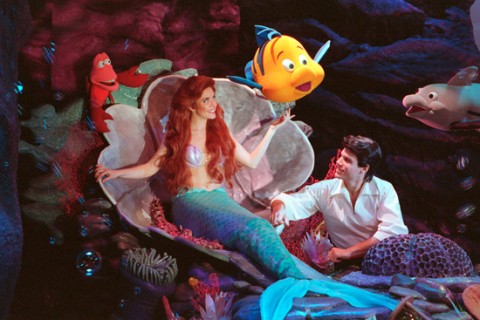 Disney’s brilliance is an unrivaled blessing in a world which yearns for exceptional entertainment, escape and distraction. The entire Disney cast is so good at what they do, they sometimes fall prey to their own talents and success. When something isn’t entirely perfect it elicits a disproportionate reaction from even their adoring public, as we have come to expect, however unreasonable, infallibility.

Disney Parks attractions receive a level of scrutiny we should, but do not even apply to those with whom we pledge to live the rest of our lives. A ride may have trilled visitors for decades; may have, in its way, contributed to the raising of your children. Change one thing about the queue that does not meet with universal satisfaction, though, and it’s as if Disney has perpetrated an intentional betrayal. 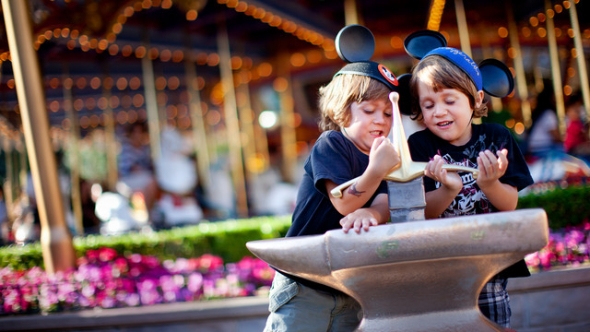 Guests of Disney Resorts are invited to expect perfection. As mentioned, it is inherent in the phenomenal and wholly dependable experience that only Disney can deliver. Still, you may want to save the indignation when some minor event occurs to your disliking. Redirect it toward an actual Disney oversight, i.e., changes that are way overdue. A number of rides could benefit from a wholesale renovation, if not outright removal. These truly warrant your irrational scorn.

Editor's Note: Christopher's opinions in no way reflect those of Theme Park Tourist or its staff. 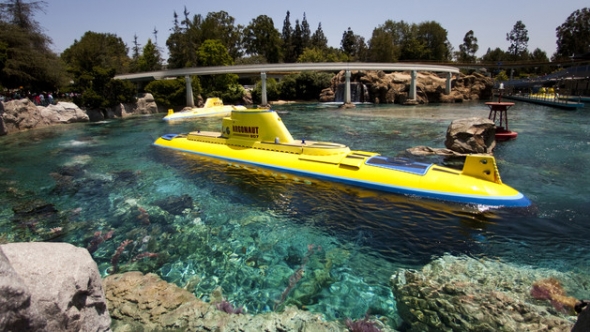 It’s a charming twist on an absolute classic attraction, and a fine tribute to an excellent Disney movie. Simply being charming and merely being fine do not fill the queues at Disneyland, or any of the exceedingly popular, and thus highly scrutinized parks. Given the prime real estate it occupies, between the Matterhorn and Tomorrowland, and the amount of space it consumes, the attraction herein needs to be spectacular. It isn’t.

It’s a nice break from the heat, though the close quarters are akin to swapping one discomfort for another. The novelty of the Nemo remodel has also worn off, as guests find what looks like the simple addition of a few projection screens beneath Disney’s typical genius, and barely worth revisiting.

The solution here would take considerable effort, admittedly, though we’re talking about the company that built Disney California Adventure in a parking lot and turned however many acres of uninhabitable Floridian swamp into Walt Disney World. With the area the Submarine Voyage currently occupies, and the old Motorboat attraction, and throw in the rotating rotunda of boring that is Disneyland’s version of Innoventions, you could create a fairly vast Star Wars Land. We know there’s something like this in the works, but rumors point to putting it in ToonTown. Star Wars Land belongs next to Star Tours and Space Mountain, and could, without remorse, replace what’s there now.

My wife agrees about Aladdin's Carpet ride. She came up with an idea about a Cave of Wonders Adventure ride. A much better way to represent Aladdin.

The little Mermaid handles the highest number of guest per day in DCA. The only thing that comes close to it is Screamin', but because it closes early it falls a little short.

Absolutely disagree with a lot of this. Winnie the Pooh is my favorite Disney character and I adore the ride at Disney World and its new queue. I can't speak for Nemo's as I've never been to Disneyland, but as for Little Mermaid and Magic Carpets... I agree in parts. Magic Carpets as a whole are rather unnecessary, but they're a fun diversion for kids I suppose. At least they draw some crowds. As for Little Mermaid, I think it's biggest problem lies in the fact that it doesn't feel new enough. There's no innovation, and we've seen it all before (gotta say, that massive Ursula animatronic almost makes up for it). To put it into perspective, this ride originally came out within a year after Wizarding World of Harry Potter. After that, another dark ride that didn't bring anything new to the table just felt massively underwhelming. It's not a bad ride, it's just disappointing.

These types of articles are clearly written by someone who frequents the parks, ie. a Regular. These attractions are meant for those who have never been to the parks or only have a few chances to visit them. Anything would get a bit stale after multiple visits. I am a regular visitor, but seem to find something new or unexplored every time we go. If these rides are getting "Stale" as you say, then don't go for a bit, let Disney update and upgrade, then come back. I find that I ride some rides again, after a break, and find things I hadn't seen before!