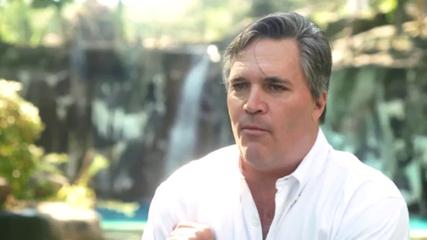 Financial and legal problems plagued Action Park after two deaths in the summer of 1984. A state investigation of improprieties resulted in a grand jury indictment against the companies that were involved in Action Park. Their biggest issue stemmed for the operation of an unauthorized insurance company; head of Action Park Eugene Mulvihill pled guilty on five counts of insurance fraud-related charges. Even with all that going on, the park was still getting over a million visitors a year. The death of Action Park was much more due to the 1990s recession than the danger. Great American Recreation declared bankruptcy in 1995. By July of 1997, Action Park was completely shut down, marking an end to a very tumultuous era.

There were interesting parties looking to make use of all that Action Park left behind by its owners. In February of 1998 a company named Intrawest announced that it was going to buy the property along with the nearby ski area and some real estate GAR owned. They removed the rides that were clearly dangerous and revamped others, ultimately reopening the Waterworld section of Action Park as Mountain Creek Waterpark.

It was under much more stringent safety regulations, probably due in large part because of the legacy of its predecessor. Because of that, Mountain Creek had big bilingual signs with instructions, age guidelines, a description of how deep the water is in both metric and U.S. Units and New Jersey-mandated ID numbers. The safety measures had improved drastically from Action Park, though alcohol continued to be available to adults.

In 2010, however, Intrawest ended up in bankruptcy proceedings and had to sell the Mountain Creek water park and ski resort. After some intermediary holdings, the Mulvihill family, original owners of Action Park, got control back of everything, which would pave the way for an updated version of Action Park. 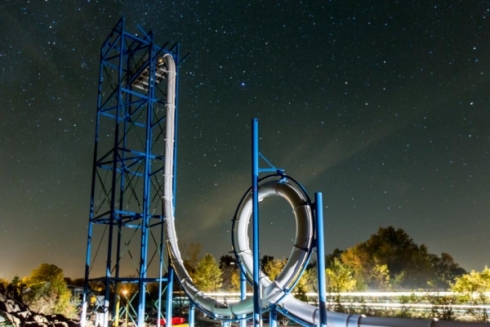 Yes, Action Park returned at last in 2014. Check out this short trailer announcing the comeback. I also encourage you to read this very thorough piece by the New York Post about the revival.

The place that formerly went by unsettling nicknames like Traction Park, Accident Park and Class Action Park has taken steps to make things safer and, perhaps more significant to the owners, less likely to attract lawsuits. However, it still retains the experience of the original by putting control into the hands of the attendees, promising to “bring back all of the thrills, but none of the spills.”

The revival of popular attractions like the free falling cliffs and the Tarzan Swing plus new rides Zero-G, a double-looping drop gate waterslide, and Drop Kick, an inflatable slide that launches patrons into the air, exemplify that Action Park isn’t going light on the action just because of its shaky track record.

Action Park is even bringing back the concept of a full 360 degrees flip on a water slide that the Cannonball Loop was created in service of. A massive slide called The Sky Caliber is in the final stages of development, expected to open sometime in 2016. It contains a 90-foot vertical drop and a 30-foot vertical loop, and definitely looks like it could be something incredible, or at least something incredibly dangerous. Time will tell on that.

Thanks to the reopening, the legacy of Action Park as a whole is still very much in the air. The original era for the New Jersey theme park, however, is far enough removed from the present that we can say with some confidence how Version 1 will continue to be seen for years to come.

Obviously, Action Park is best known for its recklessness and the danger it posed to anyone who stepped inside. How an amusement park was able to circumvent the law for so many years as it caused scraped backs, concussions, broken legs and a whole lot worse is the most exciting story.

However, as I hope you realize after reading this, the park should be remembered for a lot more than a safety hazard. The documentary The Most Insane Amusement Park Ever does the best job conveying how special the Action Park experience was to so many (primarily young) people. It was something that was imprinted in many people’s memories as not just dangerous but also as thrilling and a way to test their limits. Action Park had so many problems, clearly, but it should make sense why there was such a demand to bring it back. Here’s hoping Action Park 2.0 captures all of the good of the original and a whole lot less of the bad.