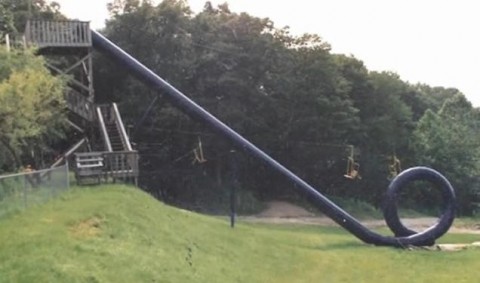 A place where minors could drink alcohol freely and people of any age could be seriously hurt, the theme park commonly referred to as “Class Action Park” was doomed to fail even though it was beloved by at least as many people as it was despised by. A popular theme park in Vernon, New Jersey, Action Park was shut down because of too much action, or at least action that was far too extreme. That shutdown was to the relief of some and the dismay of many.

The park was home to three different lands: Motorworld, Waterwold and The Alpine Center. While Waterworld was one of the first-ever modern American water parks, all three of those lands are best known for the injuries and even deaths of visitors and staff that occurred there. Most thrill-seekers in the NYC area were familiar with the risks (one former guest even referred to a visit as similar to a game of Russian Roulette), but that didn’t hold back the tide of lawsuits that ended up playing a part in shutting down Action Park.

The love people still have for the New Jersey landmark would result in it being reopened to great fanfare in 2014, but the jury is still out on if that was a good idea or not. Read on to learn about the rich and often sketchy history of Action Park, the things that spelled its doom and the events that led to its renovation and reopening, all of which live up to the theme park’s action-packed name.

Like many famous non-Disney, non-Universal theme parks, Action Park had quite humble beginnings. In 1978 a company called Great American Recreation, which had recently purchased a skiing area in New Jersey, was looking for ways to utilize the spot in the off season. GAR decided on making a water park that was originally known as the Vernon Valley Summer Park. Vernon Valley Summer Park kept steadily growing over a relatively short period of time. It started out with two waterslides and a race car track, but quickly added more waterslides, a swimming pool, tennis courts and a softball field over the next few years. At the beginning of the 1980s that softball field was replaced with a gigantic wave pool, one of the first in the country. That made up most of Waterworld. Motorworld was later created in the swampy areas nearby owned by Great American Recreation. Together the water park ultimately had 75 rides altogether (40 of them being water slides).

Great American Recreation started leaning into heavy promotion for their water park, mainly targeting people in the areas surrounding New York City. Check out one of the original, very hokey commercials. They were remembered for two jingles that were and are far too catchy: “There’s nothing in the world like Action Park!” and later “The action never stops… at Action Park!”

By the 1980s Action Park was a prime destination in the summer, especially on weekends, for many in the surrounding states. A large percentage of attendees weren’t even familiar with its ski area origins, just enjoying the end result of the little idea that kept growing. Action Park was loved by many (especially younger people) for the insane level of control it offered guests over their experiences at the park. That freedom would eventually come back to bite the owners AND some of the visitors in the butt, though. Starting in 1984 the controversies and legal struggles that went on to largely define Action Park would begin to hit in full force… 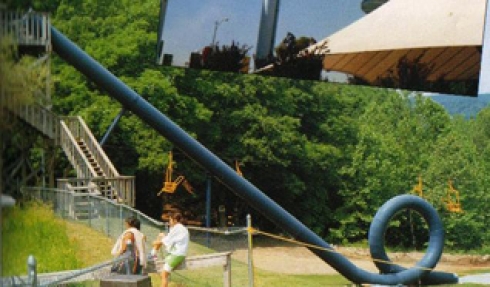 As much as the owners probably hate the fact, the most remembered thing about Action Park is the danger it posed to its guests. There were quite a few reasons it was arguably the least safe theme park in the whole world. Here are some of the biggest causes of the immense danger at Action Park in its worst years.

I. The design of the rides 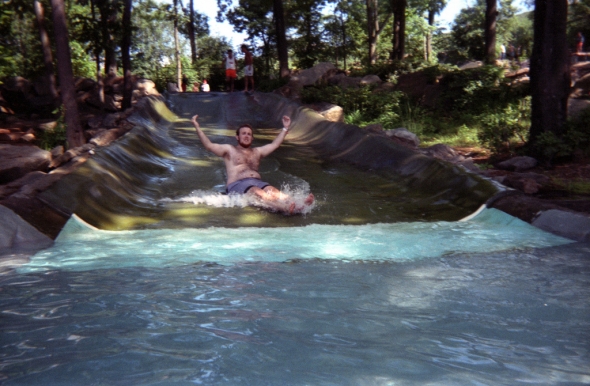 As one of the very first water parks in the United States, Action Park was a pioneer in the design of water park rides. That was one of the big excuses for why its attractions caused so many accidents. But reports like this one from Matthew Callan suggest that the designers of the rides were far from experts in engineering and physics. In a lot of ways they seemed to be experimenting with human subjects, seeing how guests would end up after they got off the rides.

According to folklore, Action Park offered the employees a hundred-dollar bill to try out the obviously-dangerous Cannonball Loop, pictured above. The rides were also created for the lowest price GAR could manage, with an allegedly minimal amount of maintenance and a hesitance to fully renovate the rides. No one person has been held responsible for this.

Who is best to manage crazy guests, often teenagers trying to one-up their friends by risking extreme danger. Probably not other teenagers! That’s why it was so crazy that young people were responsible for the safety of the park and the well-being of its guests. Jim DeSave claims that he got his job as a security director two years after he started working at Action Park. He was a frightening twenty-one years old. He and other employees were believed to be under the influence of drugs and alcohol, not really concerned with the welfare of Action Park’s guests and generally irresponsible in a place where irresponsibility could cost lives. Weird NJ covers the dilemma well. 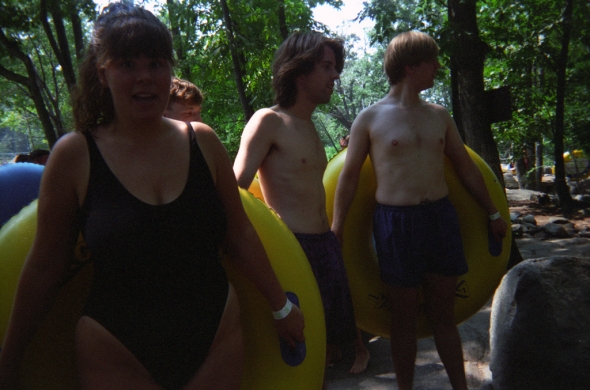 A little closer and a little cheaper than Six Flags Great Adventure in Jackson, New Jersey, Action Park attracted a lot of the inhabitants of the New York metropolitan area. Many of those guests, because they came from low-income neighborhoods and because there was no place to learn, did not know how to swim. That’s obviously a startling problem for a major water park, contributing to the danger of Action Park..

According to the Weird NJ article and other sources, the visitors also treated the whole experience as a wild adventure, making the whole theme park feel lawless. They controlled their destinies and, by extension, sometimes their own fates. Many guests would break clear rules by getting rid of their mats mid-slide so that they could wait for a friend next in line to arrive so they could ride down together. That was one of the major causes of accidents at Action Park. Another was the “exhibitionism” at The Tarzan Swing, where guests would try to show off and one-up each other.

IV. The “official” response to accidents

What did Action Park do when they were clearly responsible for some kind of physical injury? Reportedly, they handed out free passes to the injured parties. This was likely to entice young adults, the most likely to have accidents because of the sense of lawlessness that they so embraced. 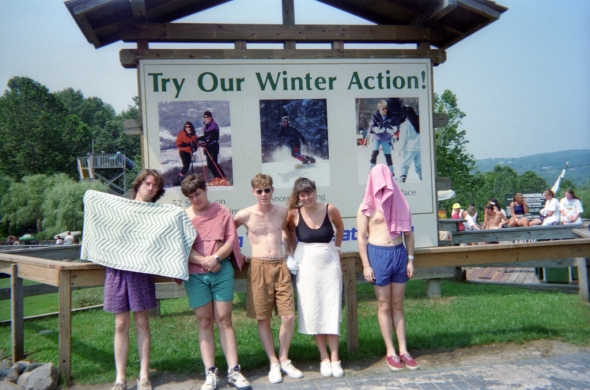 Though negligence was maybe the biggest fault on the part of Action Park, even the ways Great American Recreation marketed the theme park to potential guests could be a huge problem. They largely encouraged the idea that the “action” of Action Park didn’t necessarily have to be safe, even if they never said so directly in any ads or commercials. Another big issue was when GAR started marketing to the Spanish population in the surrounding area, since almost no staff member knew Spanish and there were no signs or guides at the park written in that language.

VI. The wide availability of alcohol and loose restrictions on it

There were a lot of kiosks that offered beer in Action Park, and many of the people managing them didn’t care how old their customers were. Underage drinkers are less developed and as such less likely to be responsible under the influence. Many of the individuals doctors would see were young people clearly intoxicated, according again to Weird NJ. The heavy drinking amongst adults was another problem. Parents and guardians weren’t very helpful if they were drunk, and Action Park all but encouraged them to be.

VII. The loose regulations of the park and the state of New Jersey

You’d think officials would be up in arms about all the problems mentioned above, but despite a ton of citations for safety violations from 1979 to 1986, Action Park was only fined on one occasion. The New Jersey Herald discovered that fact, and that unlike most cases of theme park safety violations Action Park was not fined for that first offense. There were also some other questionable situations, like when the state decided to classify the dangerous Tidal Wave Pool as a pool instead of a ride, saving Action Park from legal action. As a pool, the only requirements were that the water was clean and that lifeguards are duty. There was probably nothing specifically mentioned in the law about what if the lifeguards were young and under the influence. The New Jersey Herald actually posed the question of if there was some kind of different, possible illegal arrangement between Great American Recreation and the state of New Jersey.