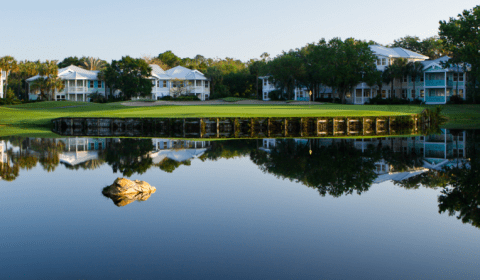 I say it a lot, but it's true: Walt Disney World really does have something for everyone. Whether you're a movie buff, a foodie, or anything else, you'll find something fun to do in the Vacation Kingdom. But, if you happen to be a golfer, Walt Disney World is basically paradise.

When it first opened, Walt Disney World was designed to have all kinds of recreation opportunities – things like fishing, sailing, horseback riding, and, of course, golf. Over time, as the theme parks and resorts grew, so too did Disney's investment in the golf market. And, now, Disney's passion for golf has turned the resort into a true destination for folks who like their long walks spoiled.

Sure, many of them first opened as a way of capturing folks in town for conferences or looking for a one-day getaway from the theme parks, but if you're a serious golfer, you should consider doing a full-on golf trip to Walt Disney World. Here are a few reasons why:

1. There are a bunch of places to play 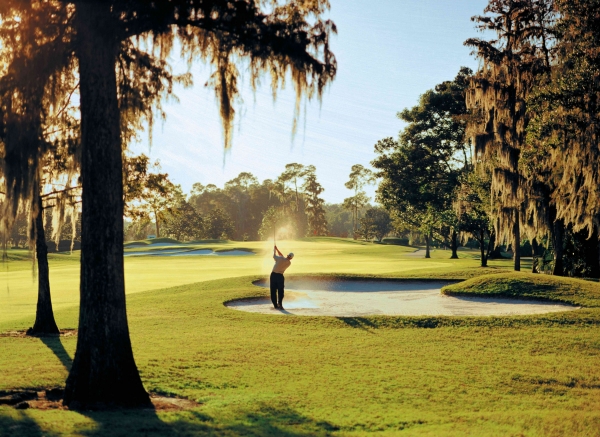 Just inside Walt Disney World, there are three different 18-hole courses to play, as well as a nine-hole walking course. Half the fun of taking a golf trip is the opportunity to play new courses you've never played before, and with so many different courses to play, you'll get a ton of new holes to try out. Some cut through the wilderness of Central Florida, others run alongside the path to Downtown Disney/Disney Springs, and others provide views of the Polynesian and the monorail resorts – but they all provide a gorgeous location and setting for you to shank your tee shot into the woods.

Wait, that's just me? Oh, well, I'm sure they all look just as lovely from the fairways too.

2. The courses are very, very challenging 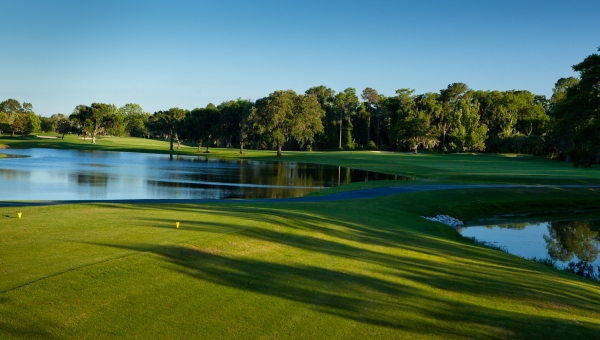 All three 18-hole courses are challenging, but the Magnolia course is likely the hardest. It is the longest, and boasts its own set of championship Black tees. It has large, aggressive greens and an awful lot of water – something that can be troubling for the more timid golfers.

The Palm course, located next door, is also quite a challenge after being renovated in 2009, but it tends to be known more for its wonderful scenery and challenging greens. Both courses played host to a PGA Tour event from 1971 until the 2012-2013 season, and so if you're a fan of walking the same fairways as Jack Nicklaus and Tiger Woods, you'll be right at home.

The third course, the Lake Buena Vista course, is the easiest of the three full-length courses, but is still challenging in its own right. It has more of a country-club style feel that would be familiar to most East Coast golfers, but its water hazards and relaxing vibe make it a gem of its own.

The nine-hole walking course, Oak Trail, is certainly simpler than the others and is designed for more casual golfer, but it is just as well-designed and fun to play as the others. It's not one of those thrown-together executive par-3 courses you're familiar with back home. This is a nine-hole course, but it still gives golfers the full experience of hitting the links.

Essentially, the variety of courses gives you a number of different opportunities to challenge yourself and keep you guessing throughout your trip. 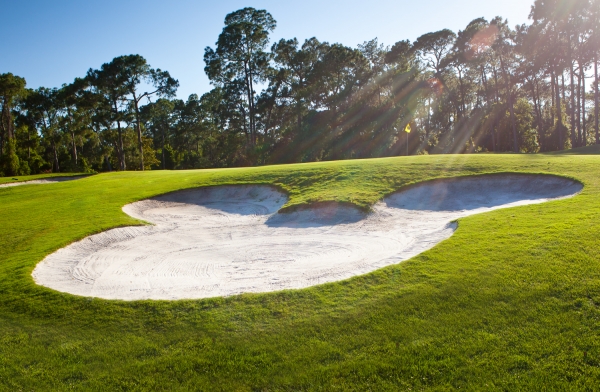 It's true! The most famous feature of any golf course in Walt Disney World is the Mickey Mouse-shaped bunker on the Magnolia course's par-3 sixth hole. The bunker is perfectly situated to catch any and all inaccurate tee shots, so don't worry too much about slowing up play while you snap a photo – you'll likely become well-acquainted with the bunker in time.

As someone who's wound up beached on Mickey's head, allow me to offer a bit of advice: open your stance a bit more than you normally would – it's most definitely a tough out.