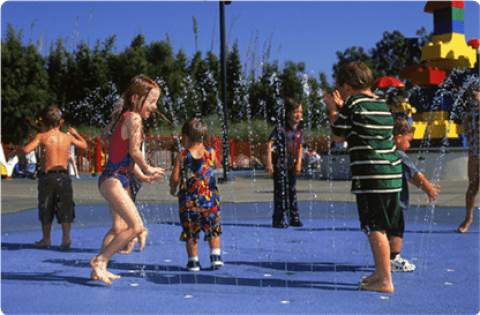 As you finalize plans for your summer vacation, you may choose to go somewhere different this year. Perhaps you’ve had enough of Disney and Universal Studios, so you want to try something new. If you have children or travel with family, however, your theme park options are still a bit different.

Places that provide an adrenaline rush are awesome, but small children and grandparents are less likely to enjoy Giga Coasters than you. For that matter, your children probably don’t reach the “You Must Be This Tall…” measurements, even if they stand on their tippy toes. No, you’ll want to go somewhere a bit more comfortable this time.

When traveling with children, the primary concern is that the amusement park, well, amuses. It must offer enough entertainment options to distract your children from the potential issues that could lead to an unstoppable crying jag. Massive crowds of people, the boredom of time wasted standing in lines, the frustration of long walks on tiny legs, and a lack of rides that suit the needs of the small in stature are all huge issues. The best parks for families all triumph over these concerns by providing a constant stream of attention-grabbing attractions for children as well as the elderly. Keeping this set of criteria in mind, here are five of the most family-friendly theme parks you should consider.

Let’s begin with the elephant in the living room. Children love candy, and Hershey, Pennsylvania, represents the mecca of chocolate. Hershey’s Chocolate World resides just beside the front gate to the park. If you stay at a Hershey resort, your bonus is a Sweet Start an hour before the park opening. While there are definite downsides to loading your child up with chocolate at the start of the day, much less in the moments before they ride amusement attractions, you will undoubtedly become a Hero of Parenting if you do this. If you do this, learn the lesson of Üter from The Simpsons. Don’t make your kids run when they’re full of chocolate.

As a family-friendly theme park, Hersheypark offers a lot of attractions for kids. In fact, the century-old park incorporates company themes in determining ride sizes. The tykes who are under three feet tall can ride all of the Miniatures while the ones in the four feet and under range should focus on Reese’s. The grown-ups even get in on the action by taking a spin on one of the Jolly Ranchers attractions. In this manner, the entire park embraces the idea of inclusive entertainment.

Hersheypark adds to the appeal for families with smaller children by including an add-on. Free with admission is a ticket to Dutch Wonderland a half hour down the road. This park explicitly caters to children, as is demonstrated by its slogan, “Kingdom for Kids.” As if this enticement were not enough, you also receive free admission to ZOOAMERICA – North American Wildlife Park. Hersheypark takes out three birds with one stone by offering two different amusement parks and zoo admission for a single low price. In terms of value, it’s the ultimate in family-friendly theme parks.

Dollywood’s dedication to quality speaks for itself. The entire area of Dollywood and Splash Country represents a commitment to wholesome entertainment for the entire family. Due to the strong country music influence permeating throughout Tennessee, most of the shows are full-throated southern affairs, only with a higher level of showmanship than you may expect. A lot of performers head east to Pigeon Forge, Tennessee, after they’ve taken a run at the music industry in Nashville, Tennessee. And the food predicates its reputation upon the bold flavors like Granny used to make for Sunday dinner.

Dollywood expends a lot of effort trying to recreate the best memories of people’s lives. I’ve personally enjoyed visits where four generations of my family all laughed together as we basked in the glow of a fun day at the park. Here is a pro tip: If anyone is like my late father and served overseas during WWII, Korea, or Vietnam. Wear your Navy hat or whatever military memorabilia you possess. Dollywood’s staff will treat you like a king.

Check out Knoebel's in Elysburg, PA. No gate admission, free parking, lots of kids rides and tame family rides in addition to some other thrill type rides.

They left out a very good park...Holiday World in Santa Clause, Indiana. Very family friendly. And you can't go wrong with Santa Clause!!!!

I would recommend Holiday World over the sometimes-ghetto Sesame Place to 99.9 percent of those reading this list. And would also add a sixth spot for Knoebel's: best family camping trip ever.

Ok, "Family Friendly" means suitable for the entire family. Legoland has many rides which are only for small children, meaning the entire family cannot ride them. Disney however has manny "Family" rides which everyone can enjoy. You need to title this article: "5 Best Amusement Parks for small children which are not Disney". Learn how to title your articles before posting them.

3/5 of these parks contain MASSIVE rollercoasters that are adults-only. Legoland has fascinating shows, Miniland, and other models that appeal in the exact same way for adults as kids. The only one here for small children is Sesame Place, and even they have a decent-sized waterpark area.