3 Things Every Guest Should Know About Epcot's The Seas Pavilion 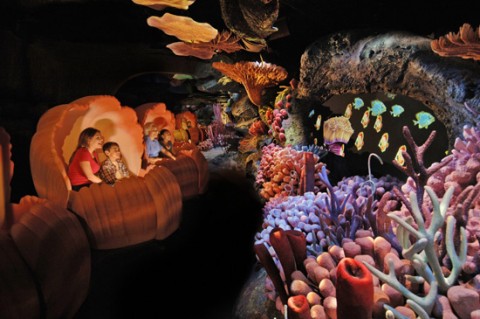 When The Living Seas Pavilion at Epcot opened its doors in 1986 (sponsored by United Technologies), it was themed as a high tech exploration of an undiscovered world.  Visitors would take a “hydrolator” down, down, down to an undersea habitat called Sea Base Alpha. There, they’d take a short ride to what was then the largest saltwater tank in the world to get up close and personal with dolphins, sharks, rays, turtles, and other ocean residents.

United Technologies pulled out of Disney in 2001, and since then Disney has completely re-themed the aquarium.  Today, the attraction is called The Seas with Nemo and Friends, but it still has quite a lot in common with its predecessor, including some amazing things you might not have known about its expansive aquarium

1. It's a world class aquarium 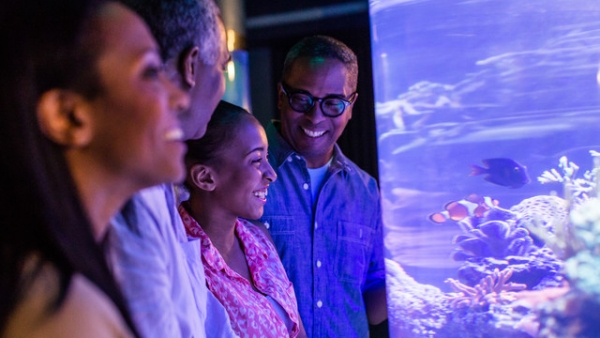 Sure, The Seas With Nemo and Friends is an attraction – complete with theming, cool multimedia experiences, hidden Mickeys, and a souvenir shop.  But it’s also a world class aquarium.  In fact, for quite a while it was home to the world’s largest saltwater tank (until it was surpassed in 2005 by the Georgia Aquarium).  A few stats that may impress you:

Year after year, the Seas aquarium is accredited by the Association of Zoos and Aquariums, which means that it is held to the highest standards of animal care and presentation.  Accreditation involves a multi-day visit from AZA specialists, who investigate every aspect of the organization’s work to ensure that it is on top of its game.  In addition to merely being accredited, the aquarium’s Disney Worldwide Conservation Fund also provides grant funding to zoos and aquariums through AZA to support nature play and learning.

2. The Seas is also a conservation project 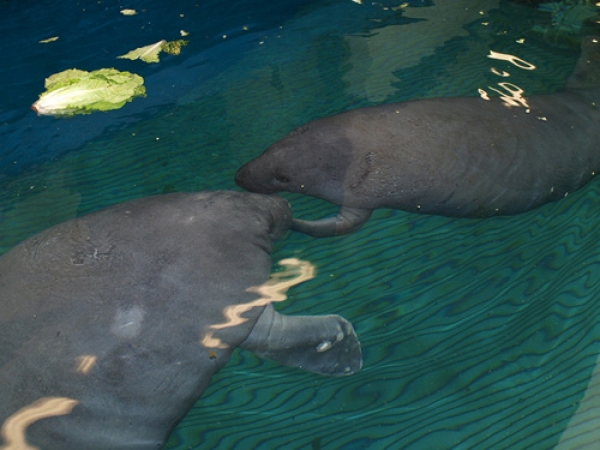 The Seas With Nemo and Friends Aquarium is part of several large scale conservation projects.  You can actually learn about and see some of those projects when you visit the aquarium.  For example, when sea turtles were injured as a result of the BP oil spill in the Gulf of Mexico, Disney cast members brought 68 rescue turtles to a specially converted rehab center at The Seas.

If you’ve taken the time to head to the upper floor of The Seas With Nemo and Friends to see the endangered manatees (huge mammals that are sometimes referred to as “sea cows”), you’ve probably learned a little about Disney cast members’ involvement in their conservation.  Manatees in distress are brought to the The Seas With Nemo and Friends aquarium where they are nurtured back to health and later released back into the ocean.

If you’re interested, be sure to ask a cast member about ongoing research projects and activities that you can visit and learn about.  Perhaps not surprisingly, Disney cast members are on the cutting edge of ocean science.

i have dived with Dive Quest many times and is my all time favorite thing to do at Disney. It is something you will never forget! A couple of things about it:
1) all the money they collect to do Dive Quest goes into their Environmental Fund. They don't get a cent of it.
2) at the end, they give you a dvd of your dive and a recycled T- shirt.
3) ask the divers and they will show you some cool tricks like laying on the bottom of the tank and letting the Sharks swim right over you.
Yes, you do swim with sharks! It's awesome! Thanks!

Dolphins at Epcot? This is news to me and if I'm honest I'm shocked, it just seems so cruel. The Seas is completely indoors and no section of it is outside. Having dolphins indoors for the whole of their lives is like they're in prison. I guess they don't have any fresh air either?

These are extremely intelligent mammals, what the heck are they doing keeping them in a tank indoors all their lives!?

Poor choice Disney. I don't think they should keep the dolphins, let them go or give them to a aquarium with outdoor pools.

You obviously don't know what you are talking about being a large portion of the tank is outdoors and they have the choice if they want inside or outside try again.

This would certainly make me feel much happier if that was the case but I can't find any evidence of an outside tank at all. Even a quick glance on Google earth doesn't seem to show any sort of outdoor tank (which should be obvious from satellite pictures)

Also "rick" you don't have to be so rude. People are allowed to have opinions which may differ from your own. That's life.