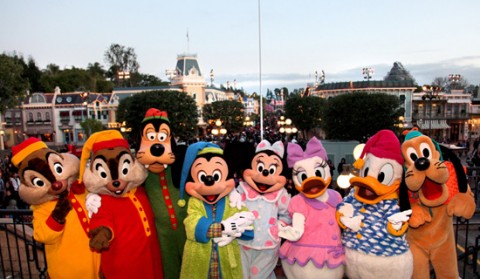 The brilliant minds of the Walt Disney Company are constantly at work. In just their recent history, the unrivaled collective of creative genius has decorated the Disney landscape with a real-life Cars Land, Seven Dwarfs Mine Train, a Star Wars Half Marathon, World of Color, oh, yeah, and also Frozen, the highest grossing, most popular entertainment venture in the history of anything.

Lost, slightly, amongst the dramatic and wonderful developments are innovations like the special 24 Hour Disney Day events. Less vivid, but immensely well-received and attended, the 24-hour engagements have taken hold and shall take place again this year at Disneyland and Walt Disney World Resorts. Magic Kingdom Park helps kick off the “Coolest Summer Ever” on Friday, May 22, 2015, at 6am. A few short hours later, at 6am PST, the Disneyland Resort Diamond Celebration semi-simultaneous 24-hour event embarks.

An examination of the too-much-of-a-good-thing discussion, the 24 hours of Disney opportunities actually receive mixed reviews. While a prevailing majority of Disney guests, and this is true every day, enjoy themselves during the spectacular overnight spectacle, it can be a tough slog for visitors who don’t approach it properly. This following advice, addressing common all-nighter pitfalls, should help: 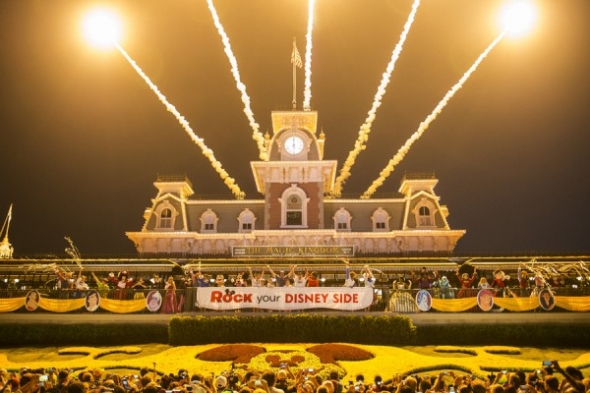 This seems counterintuitive. These are extraordinary, perhaps once-in-a-lifetime, special 24-hour opportunities. If you are attending one of them on purpose, you should probably try to take advantage of the full spectacle. If you are optimistic about getting into the park at 6am, staying and lasting until six the following day, though, know you are going to have to earn it.

To be within the opening crush - despite Disney’s every attentive effort these hugely popular gigs don’t commence with authentic smoothness - you will need to arrive exceedingly early then secure parking and a spot in line. Commensurate to Black Friday or the release of a new Harry Potter novel, the queue begins forming rather early the night before. By 4am, the line at Disneyland practically wrapped around the park, and the Magic Kingdom entrance plaza resembled a One Direction concert.

For some, the initial mayhem is worth it for the memories, bragging rights and limited edition Mickey Ears. Most of them, though, don’t make it through the entire day, and all but a haggard few are long gone before the closing ceremony. 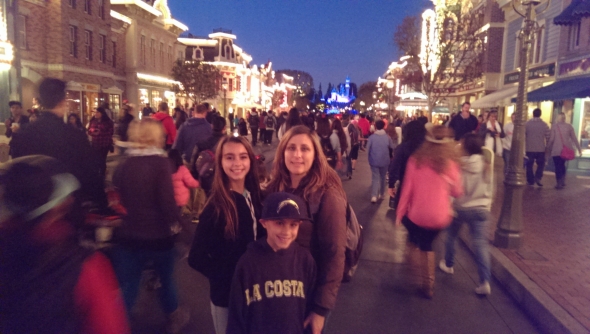 You cannot treat this as a typical Disney visit if you intend to remain within the resort for the entire 24-hour period, or even a significant portion of it. Admittedly, on Disney property adrenaline seeps out of the ground, and as a guest it is customary to be beset by increased, if unfamiliar, energy and enthusiasm. 24 hours is much longer than most realize, however, even if engaged in something positively wonderful.

A full day of Disney is exhausting even on a reasonably slow day. The 24-hour events draw like Walt himself is at the park, elevating energy consumption to hazardous levels. If you compete with these crowds all day you will be spent before the evening parade, and you will not be able to enjoy the day for what it is. Social media is riddled with those who lose their minds and patience, even complaining about the frozen bananas being too cold.

Take your time. Get in a few lines. And remember, if you get on one ride an hour (you might not) that’s like 20 rides, which is a pretty full day. Also, Disney packs the day with a myriad of additional attractions and distraction to celebrate the event, and also to knowingly disperse the masses. Which leads us to the following "Do."

did the 24 hour event this year on May 22nd. got to Disneyland at 4am and was in the park by 4:25am. saw the parade and even the fireworks. it was awesome. I hope to do it again next year if they do it again next year. stay hydrated and my wife drank plenty of coffee while I had soda. plenty of water during the day. we did not leave Disneyland until 6:03am the next day. I love the 24 hour event and would happily do it again.

If I didnt have kids, I would def try to make it 24/hrs and take advantage of all the cool stuff you can prob see. BUT thankfully, I do have kids and am an old fart (33 respectfully). So i look forward to reading about th adventures from others later!

The only thing would add is to stay hydrated. I went to the event last May in Orlando and we were so busy running around from event to event that I didn't realize until I was passing out that I was woefully behind on my water consumption. I ended up having to lay down in the little health center until I was rested and hydrated enough to get back out to the fun.