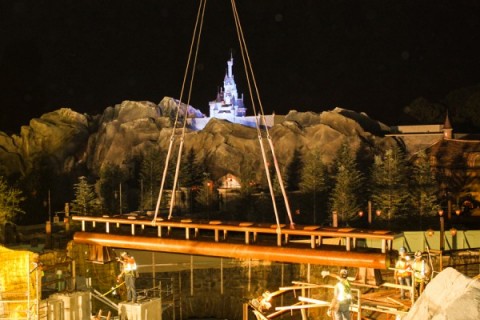 In its heart and soul, Disney is an entertainment company. Conduct your own pointed discussion regarding ticket prices, but morning, noon and night, Disney is in the business of captivating audiences. There is no one better at it. They run rather successful film and television operations, though Disney Parks are the most directly relatable, as guests get to physically experience and embrace them. Activities in the parks, thus, draw the lion’s share of emotion and commentary.

Considerable ink and ire tend to flow whenever the world’s most beloved theme park makes even a nominal alteration to the familiar landscape. Overly plus, or Walt forbid, entirely remove a ride or landmark, and all fandom breaks loose. Disney history is dotted with a number of noteworthy renovations. These are some of the more pronounced, if excessively lamented:

Editor's note: These are Christopher's personal views and not necessarily those of everyone at Theme Park Tourist. 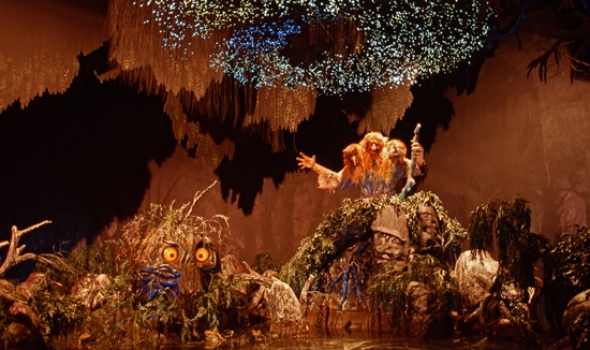 A charming attraction, to be sure, Maelstrom starts our list off due to the recency of its removal and because of what is replacing it. The “High Seas Norwegian Adventure” was the one true draw of this lesser-traveled region of Epcot’s World Showcase for all but the rarest Carlsberg and Kjottkake enthusiast. But with the evolution and world domination of the Norway-based epic “Frozen,” Disney has the opportunity, if not obligation, to revitalize this pavilion, while simply supercharging this already popular park.

Everyone with children knows Anna, Elsa and Olaf now rule the universe. In the path of this North-Sea-driven tsunami Maelstrom never stood a chance. Odds are, if Space Mountain were for whatever reason located in the Norway Pavilion, they would have bulldozed it as well. Much of the habitually-neglected area is currently being converted to resemble Arendelle. Considering the amazing transformation that recently occurred at Disney California Adventure, turning what was the last convenient parking lot into a perfect, real-life replica of Cars Land, the “Frozen” unveiling is sure to be similarly otherworldly. Still, the ground swell of posthumous support for what Disney rightfully perceived as an expendable attraction was, well, unexpected. 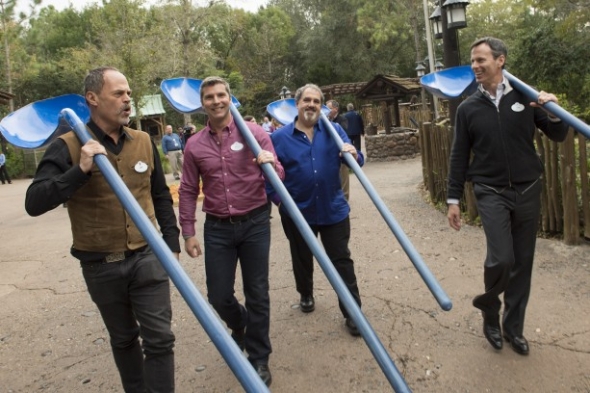 Disney cannot close a restroom without suffering the slings and arrows of an outraged, if obscure fan base. This sylvan dark ride full of fuzzy trolls, with an accompanying, inherently-amiable, Viking-like voiceover, though, had more than its share of devotees. Even still, it was not a prevailing crowd favorite. The wait for Maelstrom was historically, comparably short. It drew more guests than the neighboring “Gran Fiesta Tour,” sure, but that’s only because it was profoundly less boring. We love the Three Caballeros, we do, but Dios help us, that ride is a snoozer.

So, for Disney, sacrificing a marginally popular space-filler to fashion an attraction in homage of the land’s current, most highly coveted theatrical spectacle is automatic. As for the criticism that “Frozen” will be three years separated from theaters by the time the ride comes out, picture the Peter Pan example. “Peter Pan” the movie came out in 1953. It’s still the most impacted ride in Fantasyland. Then, those criticizing the move as an affront to Norwegian culture and heritage need come to terms with their own hypocrisy. You know you skipped the video at the end of the ride just like the rest of us.

I dislike the replacing of Malesteom for the simple fact that it is taking away from the real feeling of the Norway Pavillion. Character rides belong at MK or HS, not at the World Showcase in Epcot. Malesteom was a cool ride and I will definitely miss it. I also miss the World Showcsse Players in UK, have to give a shoutout to them because we loved watching their skits!!

I don't agree with malstrom being changed to frozen theme. If you were gonna update the ride, where is Odin, Thor & Loki? Aren't they apart of northman history??

Worst Disney mistakes: removing Dream Finder and a cute Figment, replacing with new demonic boring ride. Maelstrom for Frozen, removing 100000 leagues under sea, NOT renovating Peter Pan which looks absolutely terrible! (Paint chipping, neon colors, garbage bag clouds, come on!) eliminating Alien encounter and swapping to Stitch. My daughter loves LILO and stitch but the ride is a terrible representation of both characters. FastPass+, from easier ticket Fastpasses where arriving earlier would reward you but now spontanaety is out of the question.

I really like that every entry came with consolation from the author. Lol. It makes it feel like the losses aren't so bad.

I am so glad that stupid hat is gone. Hated it. But Frozen ousting Maelstrom and the loss of the Court of Angels to expand Club 33 made me furious. I cannot wait for Iger to go, he and his team have really ruined the parks