4 Universal Attractions More Whimsical Than Anything Than Disney 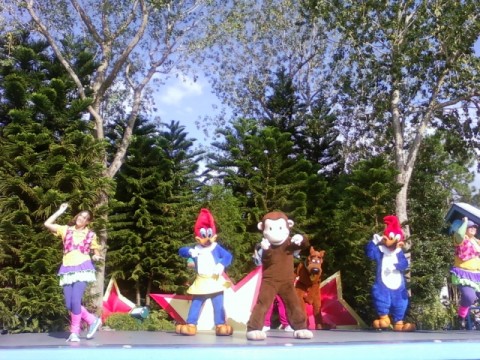 Theme park fans love to debate the relative merits of Universal Orlando and Walt Disney World. Located close together in Central Florida, these top contenders have been vying for supremacy since the early 1990s. Yet most people have the general impression that WDW is light, airy, and designed for little kids, while Universal Orlando is dark, edgy, and aimed at teens. These reputations are unfair to both resorts.

Last month, I talked about Walt Disney World attractions that are inherently darker than anything Universal has to offer. In the spirit of fair play, here’s a look at 4 attractions at Universal Orlando that are even lighter and more child-friendly than most of what Disney has to offer. Even better, these attractions follow Walt’s original idea of appealing to everyone regardless of age—something Disney has fallen woefully short on during the past several years. 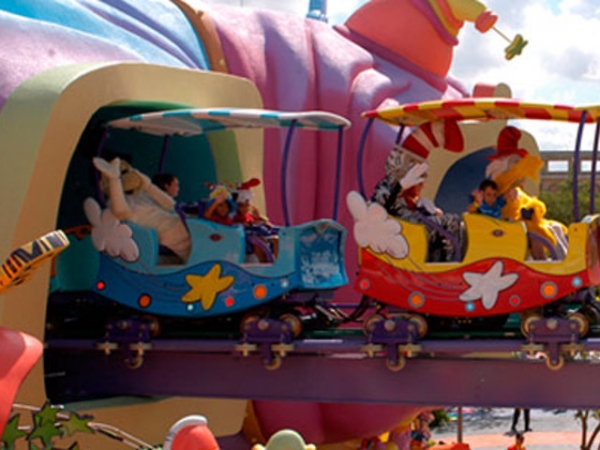 It was a long time in coming. “Sylvester McMonkey McBean’s Highly Unusual Driving Machines” was supposed to open with Islands of Adventure in 1999, but problems with the ride system left the overhead tracks in Seuss Landing empty for many years. During the early 2000s, Seuss characters made an endless loop around the tracks, but it looked like the ride itself was doomed. Finally, after a major redesign, the High in the Sky Seuss Trolley Train Ride opened in 2006. Many Seuss fans of all ages feel the ride was well worth the wait.

Soaring high above Seuss Landing on twin tracks, riders not only get an excellent aerial view of that land’s incredible curved design, but an incredible journey through the story of the Sneetches, some of Dr. Seuss’ most instantly recognizable characters. Whether you are a toddler or a grandparent, the bright visuals, the ride through the Circus McGurkus restaurant, and the light-hearted retelling of a beloved story make this a true must-ride. 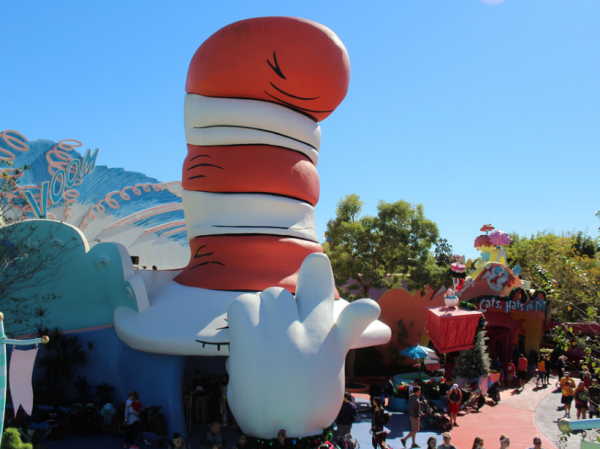 Walt Disney World might be known for its dark rides, but Seuss Landing’s The Cat in the Hat easily beats Disney at its own game. The ride vehicles bounce and spin and interact in novel ways, yet all the movements are so well-integrated into the storyline that each one feels like the only possible choice at that moment. The story is familiar and fun, and is told through a highly dynamic series of voiceovers, audio-animatronics, printed words, and even a few surprises. The ride never tries to be anything other than what it is—a light-hearted, family-friendly journey that will put smiles on the faces of everyone in your group.