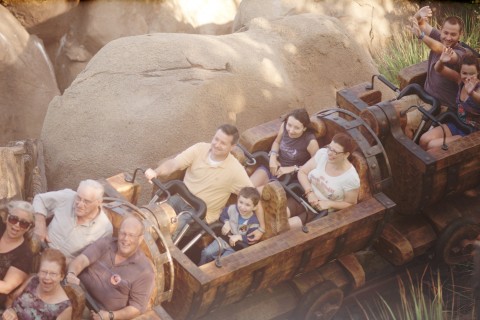 We've all seen awesome ride photos -- and we've all had some taken of ourselves that we'd rather forget. Fortunately, memorable, purchase-worthy ride photos aren’t too difficult to create -- they just require some planning and patience. Here are 5 ways to get the best ride photos at Walt Disney World. Planning can start long before you step onto the Magical Express bus to be whisked to the World. You can even bring props. Some memorable ride photos have featured a group partaking in a leisurely breakfast while zipping down Splash Mountain, a secret marriage proposal on Tower of Terror (guests held up signs reading “Will you marry me?”), and a lightsaber fight on Space Mountain. You could even bring a blanket and pose as if you’re sleeping on the ride, or bring a board game onboard (just make sure the pieces are glued down!).

2. Figure out where to sit. 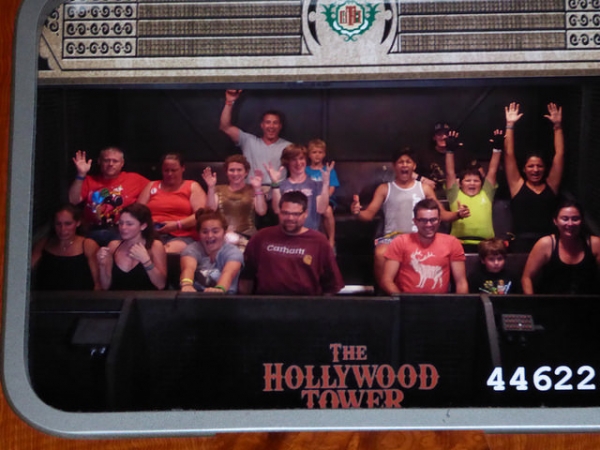 Different rides have different seating configurations, so on some rides you’ll be able to get your whole group together but on others you’ll be split up or you’ll have strangers in your photos. Here are the seating arrangements for the attractions that have cameras.

Make sure you’re in the right seats if you want to be in the same picture with your group. Cast members can usually help you accomplish this if you let them know.