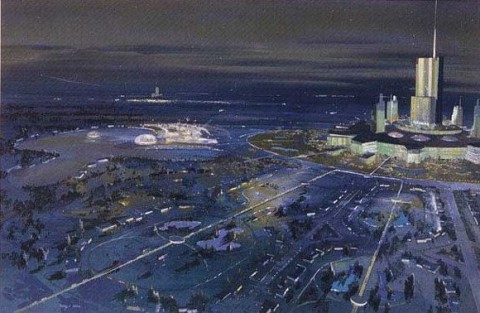 The Experimental Prototype Community of Tomorrow (EPCOT) was a grand vision of Walt Disney’s to create what he hoped would be a utopian city with the most cutting-edge technology. He passed away before he could come anywhere close to realizing that dream, and the company named after him quickly scuttled away from his master plan after his death. EPCOT would eventually see new life as a theme park that in many ways kept with the spirit of the Experimental Prototype Community of Tomorrow, but it was and is  certainly a far cry from the original intentions for the area. That’s a shame, because a lot of the ideas that fueled it still hold up today.

That being said, there are some plans that would probably have needed to be changed if Walt had envisioned EPCOT in the present day. Here are four things that may be different if that were the case.

1. Employment probably wouldn’t be mandatory for every citizen 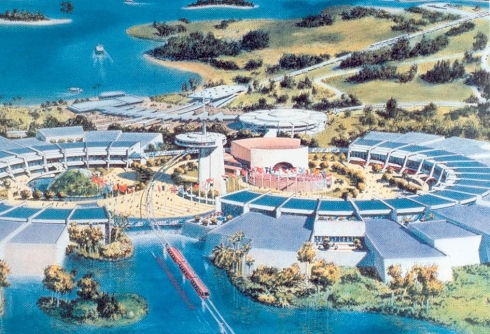 In Walt Disney’s original plans for the Experimental Prototype Community of Tomorrow, every person who lived there would have had to hold down a job. While this might seem fairly reasonable at first, it might not work today. There’s a better understanding and more acceptance of disabilities that prohibit people from working regularly, and Walt would have faced some serious heat if he didn’t allow the individuals who have those kinds of disabilities to stay in his city (of course, that may have been the case anyway even back in the late 1960s).

Also, even though the retirement age is sure to rise as the years go by, I think most Americans today want to believe that at SOME point in their lives they will be able to stop working, and would largely reject Walt’s idea of being employed until their dying days (or facing the prospect of moving out of the city into satellite communities for retirees). The idea of everyone having a job was conceived so that every resident would have a stake in its future, which is a noble endeavor, but unemployment is an extremely hard facet of life to avoid completely in any type of government or society.

2. The government would have to be more involved than originally planned 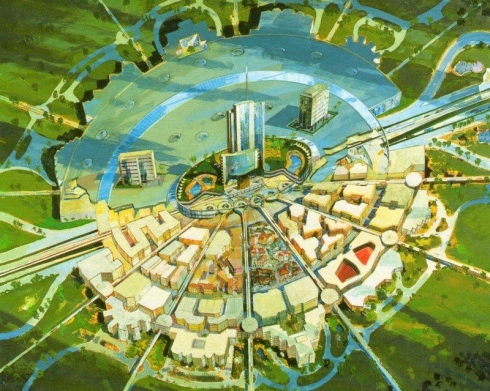 Walt had grand ambitions for EPCOT, and the only way he though he could achieve all of his dreams was if he had pretty much absolute control over the area. He actually essentially got it; the State of Florida Legislature signed over the municipal rights to the land he had acquired. With municipal rights to his Florida land, Walt could do things land owners in the 1960s and especially land owners now could only dream of. A nuclear power plant was actually considered for EPCOT at one point, because Walt could have added one to his Experimental Prototype Community of Tomorrow without all that much difficulty if he so wished it.

If EPCOT were being made today, it’s very likely that there would be more protests about the level of power Walt was asking for. The U.S. government is in many ways more involved today than it was back in the 1960s, and may not have allowed the Florida Legislature to make that kind of deal, no matter how many dollars EPCOT and the promised theme park to go along with it would bring in for the state.

The Walt Disney World area actually still has these municipal rights, but that hasn’t been much of an issue because the Walt Disney Company has been fairly conservative with the power it wields. Were they to actually go through with a whole futuristic, supposedly utopian city like EPCOT instead of just run theme parks, however, Disney would need to push that power much further to achieve anything resembling Walt’s vision.