The 5 Greatest Amusement Parks for Adrenaline Junkies in North America 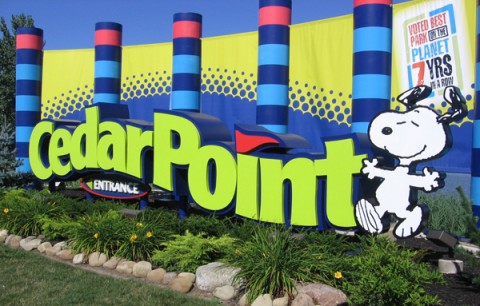 Are you a roller coaster superfan? Does the mere thought of g-force make your heart race and your blood pump aggressively? Loving roller coasters is what unites us as ride enthusiasts. Since you are a hardcore theme park tourist, you want to visit amusement parks that best fit your needs.

Here are five of the best non-Disney/Universal parks for adrenaline junkies. Note that these parks are listed in no particular order. If I could only pick one, however, let’s just say that my heart belongs in Sandusky, Ohio. 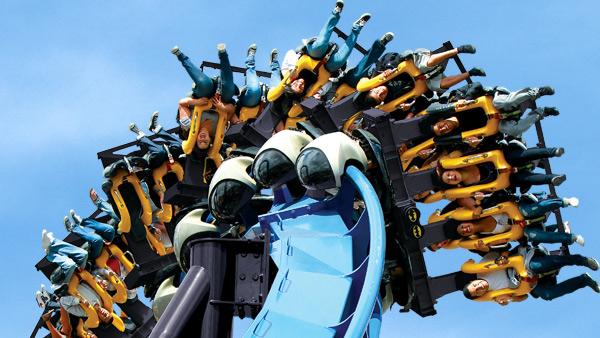 While my heart belongs to another amusement park, Six Flags Magic Mountain stakes a claim as the mecca for coaster lovers. There are an almost unimaginable 19 of them at the park. To put that number in perspective, consider that Magic Mountain is open for 11 hours during most of the summer. You would need to ride a coaster every half hour or come back on consecutive days to have any chance of putting a checkmark beside every thrill ride at the park.

Choosing the best coaster at Six Flags in Valencia, California, is akin to selecting your favorite child. You shouldn’t answer too quickly, if you are forced to answer at all. Still, the basic law of roller coaster engineering applies. The newer rides generally feature more technologically advanced and therefore better thrills.

LEX LUTHOR: Drop of Doom, which debuted in July of 2012, held the record of largest drop for any amusement park ride for a full two years. It elevates the rider 40 stories in the air and then pulls the ground out from under you, causing a freefall at an unconscionable 85 miles per hour. Drop of Doom is also integrated with the park’s Superman: Escape from Krypton, meaning that you can choose good or evil, depending on your mood when you visit Six Flags.

Oddly, not every park is bound by the doctrine that newer is better. Perhaps the best example resides in Sandusky, Ohio. Cedar Point has been in operation since 1870, making it the second oldest amusement park that is still open to the public. Considered by many to be the roller coaster capital of the world, Cedar Point offers 16 of the best thrill rides in the industry, tying it for second-most of any amusement park in operation. Among its many claims to fame is that this is the only park that currently offers four coasters taller than 200 feet.

The best part about Cedar Point is that its rides are built to last. Consider that the debut of Magnum XL-200 in 1989 created the hypercoaster war. It was the first such coaster, becoming the first to reach a height in excess of 200 feet. Over a decade later, Magnum XL-200 was still winning awards as the best steel roller coaster in existence. In fact, the only reason why it stopped being the king of the category is that Cedar Point beat itself.

In 2000, Millennium Force Debuted to historically positive reviews, and not much has changed in the interim. The world’s first gigacoaster was selected as the best steel coaster in the world the first two years of its existence. Since that time, it has sustained its claim as one of the best roller coasters in the world. To wit, it has NEVER finished lower than second place in the category of best steel roller coaster since its inception. Despite 15 years of technological advances, all other roller coasters can do is mimic Millennium Force rather than surpass it.

Simply stated, Cedar Point is the gold standard in the ongoing roller coaster wars. Any self-respecting adrenaline junkie should make plans to visit the mecca of thrill rides.

Y'all upset by the park choices don't forget it's just an enthusiast article. Nothing important. Besides we all know Universal and Disney will always own those places anyway.

Disney is really its own thing. I enjoy Disney from a theme park perspective but sadly, it's really the last place I would visit for thrills. Epcot is a snore fest, Magic Kingdom is for children, Hollywood Studios is okay (rides are still boring - Rock 'n' Roller Coaster sucks) and Animal Kingdom while fun is basically a day at the zoo.

My girlfriend loved Disney because she could believe in the themes, for me it was all an illusion and I'm a realist. I was busy pointing out the fake things.

So the point is, this list is for thrill rides, and if your into negative g's then this is a pretty good list. If your in for an illusion (theme) then Disney is your place.

This list works, I'd take Six Flags Great Adventure above the last three Cedar Fair parks but Wonderland is in due to the insane flat collection that makes up for a bunch of terrible filler coasters. Carowinds even with Fury should be out though, Dominion has I305, Hershey has Skyrush+Stormrunner and Great Adventure has Toro, Zumanjaro, and Ka. The last three parks have better coasters past the headliners than Carowinds. Intrimadator 232 has always been considered one of the weakest B&M hypers and Afterburn+Nighthawk are beaten by the other park's depth.

Magic Mountain is 1 not 5.
Kings Island is much better than Carowinds and where is Kings Dominion?
Six Flags Ohio and Georgia also deserve a mention but with CedarPoint that makes 6/7, so change it to Top 6/7 and do away with the Canadian crap.