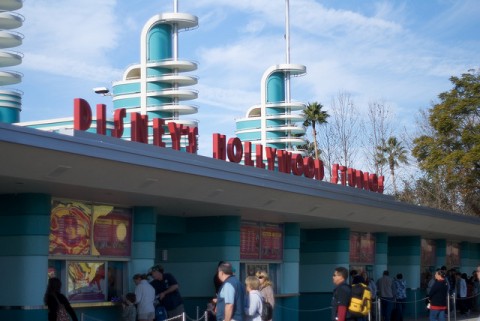 A common refrain among Disney fans is that it's impossible to see all of Walt Disney World in just one trip. This is completely true – with four parks, dozens of hotels, two water parks, a shopping area, golf courses, and hundreds of other things to do, there's really no way one person could experience that in just one trip.

And so, when planning a Disney trip – particularly for first-time visitors – it's always a good idea to set some things aside up front as things you simply won't have the time, budget, or interest to do.

Personally, at this stage, I think the entirety of Disney's Hollywood Studios should be one of those things. It's not worth the time, money, or energy to visit – despite having one of the best, if not the best, attractions on Walt Disney World property (the Twilight Zone: Tower of Terror).

You see, Disney's Hollywood Studios is in something of a state of flux at the moment. Big changes are coming, most of which have not yet been confirmed. But, because of those changes, a large number of attractions at the park have either been removed or simply stopped being renovated. And, ultimately, when deciding what to do with your precious four or five days in Central Florida, there are a lot more ways to get a good value for your dollar and time than a visit to this park.

There are a lot of reasons why I believe Disney's Hollywood Studios should be on your “skip” list, but here are just a few:

Editor's note: These are Dakota's personal views and not necessarily those of everyone at Theme Park Tourist.

1. There are simply not enough rides 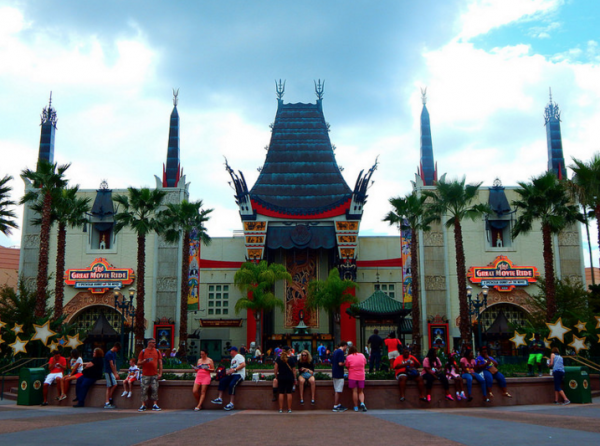 The core of most theme park experiences are, of course, the rides. Disney's theming is magical and immersive, and the food items are absolutely incredible, but most people aren't flying the family down to Florida for a cup of pineapple soft serve. They're doing it for the rides.

When Disney's Hollywood Studios was originally built, its “working film studio” theme encouraged the Imagineers to design a number of stage shows – working, live action productions to give guests a different kind of experience. And, beyond those attractions, the film studio itself was a huge draw.

In fact, when the park opened, the only real “rides” were The Great Movie Ride and the Studio Backlot Tour, because there were enough other stage shows and interesting tours to take that guests were always engaged.

In the decades since, more rides have been added and some have been taken away, and what's left now are a handful of thrill rides and little else. And, making the matters worse, the stage shows that remain are relatively dated.

Beyond that, there are simply not enough rides for families or non-thrill seekers.

Recently, Disney increased their one-day, one-park ticket price for Disney's Hollywood Studios to close to $100, but with the number of attractions in the park slowly declining over the years, that simply is too high a price to pay. While Epcot is in a similar position with only two tentpole attractions, that park at least has the World Showcase to balance out the equation. Disney's Hollywood Studios is much smaller and isn't as well designed.

Ultimately, this problem leads into the next one...

2. The lines are just too long 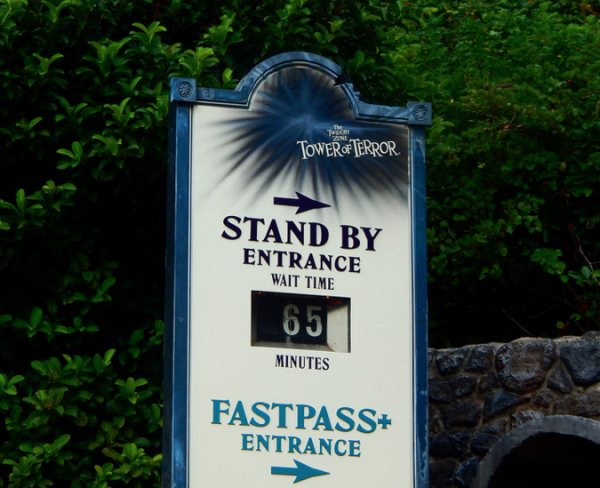 If a longtime Walt Disney World guest visited Disney California Adventure for the first time, there are a few things that would stick out to them. But, one of the most jarring would have to be the wait time for Toy Story Midway Mania.

The Disney California Adventure and Disney's Hollywood Studios versions of the attraction are virtually identical except for one key difference: the version at DCA has a far shorter wait time.

Why is that? Well, it comes down to a simple law of economics: supply and demand.

DCA has several family-friendly attractions, of which Toy Story Midway Mania is only one: Soarin' Over California (the original version of Soarin'), Grizzly River Run, Radiator Springs Racers, Mickey's Fun Wheel, The Little Mermaid, and more.

At Disney's Hollywood Studios, if a family wants to ride an attraction instead of seeing a stage show, Toy Story Midway Mania is one of the only options and, thus, it ends up with waits well over 100 minutes. Guests at DCA have far more options, spreading crowds around the park more evenly and helping wait times remain low.

Agree with all the points presented for sure. However there is one thing I think the authhor might have missed here: If you are traveling with pre-schoolers or children up to maybe 8 or 9 years old, it's gonna be quite a problem to avoid DHS. Your gonna tell your 5 year old NOT to go to Toy Story? Disney Jr Stage Show? Frozen Summer of Fun? Voyage of the Little Mermaid? I don't think so. Of course, I might just have an accelerated version of this problem since I have three girls well within this age range.

We were just there this weekend and still thoroughly enjoyed ourselves. It's one of our favorites and we would never skip it! Sure, it doesnt take up an entire day, but there's nothing wrong with that sometimes. The street entertainment is fun and indiana jones is still entertaining! GMR is classic and with the fastpasses, we never miss rockin roller coaster or the tower of terror. Love the feel of this park!!

We were just there this weekend and still thoroughly enjoyed ourselves. It's one of our favorites and we would never skip it! Sure, it doesnt take up an entire day, but there's nothing wrong with that sometimes. The street entertainment is fun and indiana jones is still entertaining! GMR is classic and with the fastpasses, we never miss rockin roller coaster or the tower of terror. Love the feel of this park!!

Yes, it's the weakest park. You shouldn't visit it twice, but there's plenty for a first timer.
Hollywood studios annoys me to no end- in a 6 year span, it could be the best or 2nd best park in Florida- all with minimal downtime.

First 6 months:
-move one mans dream to town hall at main street- move the spare Mickey meet and greet to something more deserving of Mickey.
-Move art of animation to sunset blvd on the right side at the "theater" but make it slightly grander similar to DCAs version where the stores are across from the villains store, as well as put a table service over there with a magic/Houdini theme.
During the first 6 months with another year to finish (no loss in function as rockin roller coaster is still functional)
-Build around rockin roller coaster and finish out the toon town from roger rabbit with an additional ride over there and themed area- all while keeping rockn roller coaster active. Outside it looks like a working studio until you walk through the gates. Then shut down rockin roller coaster and re theme to match and open it up in unison- minimal downtime.

After the new houdinis, start Star Wars land (as you'll be losing 2 table service and min and bills). This should take 2.5-3yrs but toon town opens in the middle of it (1.5 yrs)
Star Wars land from min and bills back- keep star tours open until the final stages to integrate- minimal downtime.

Now we're 3-3.5 yrs into it- have a toons land, new c ticket ride, and retheming of rockin roller coast. With a new table service and theater to show Disneys Art of animation- sunset boulevard and Hollywood boulevard are now themed and perfect. Oh Ya- and we have star wars land.

This should take a year-
Block off muppet area/frozen sing/pizza planet/etc and re theme for muppets. Two retheming of restaurants, a new film for muppetvision, and a new dark ride in frozen sing-along. Minimal downtime
Enclose the beauty and beast theater for different more elaborate shows.

Now we're 4.5 years in it- finally a 2.5-3yr Pixar expansion
Block off from streets of America (only allowing muppet area), lights motors cars, and block off just after toy story- leaving it functional- to create Pixar land. Minimal downtime- all you lose is lights Motors, a table service, and a quick service.

Now- the only thing we didn't address was animation courtyard- which also has no identities currently- but you'd have an ENORMOUS building in art of animation, the small former narnia/jack sparrow building, and the "one mans dream" moderate sized buildings to do SOMETHING with down there. That can all happen concurrently with any project after the first 6 months since they'll be empty.

The whole park has identity. Read this Disney! :)

1. I'm not sure why your solution would be to immediately get rid of MORE attractions without replacing them with anything.
2. A Roger Rabbit themed area? Ask kids today who that is and they will have no idea. That movie is definitely not relevant enough to theme an entire land over. Muppets isn't popular enough for its own land either, though that would be a lot cooler than Roger Rabbit.
3. You're re-theming rides/attractions that already work (Rockin' roller coaster, muppets)--making downtime on the few things that park has when the problem is they need to add new things. And Frozen is already getting a dark ride in Epcot. Also not sure how Frozen ride fits into Muppetland.