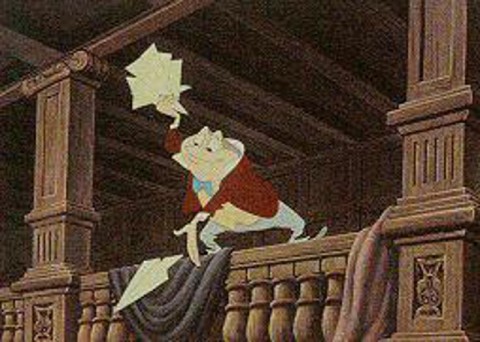 Still “merrily on his way to nowhere in particular” at Disneyland, Mr. Toad took his last wild ride at Walt Disney World on September 7, 1998. The attraction was replaced by The Many Adventures of Winnie the Pooh, which most fans agree is a technologically superior experience. After all, Mr. Toad’s Wild Ride was merely a 1971 update of Disneyland’s 1955 original dark ride, full of painted flats and obvious ride tracks. Pooh incorporates all sorts of new bells and whistles, and follows the adventures of one of the best-known characters of all time. Mr. Toad is from The Wind in the Willows, a 1908 children’s story that was adapted into a 1949 Disney short. Why should anyone bemoan the change, right?

As it turns out, it’s not quite that simple. Mr. Toad’s Wild Ride was a favorite attraction for a generation of kids who learned to face their fears on that madcap journey. It had a certain X factor that has never been duplicated anywhere else, a bizarre blend of charm and terror that made it truly one of a kind—even the Disneyland original, according to many fans, pales in comparison to the two-track Walt Disney World version. The firestorm generated by its closing is something no one could have predicted on paper, but seems all too obvious in retrospect. Here are 7 reasons to remember Save the Toad. 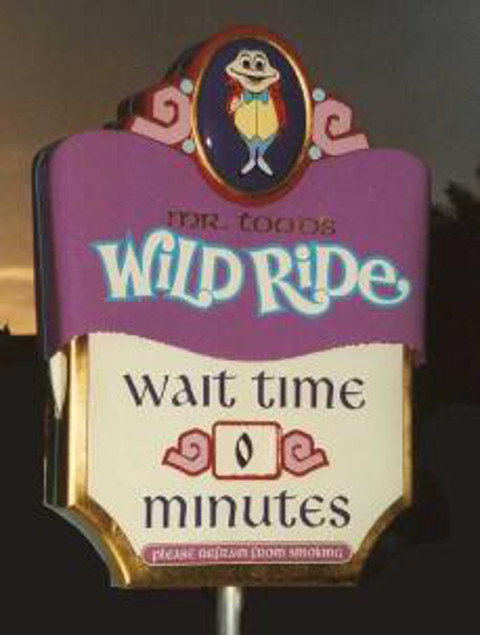 The Walt Disney World version of Mr. Toad’s Wild Ride was, by turns, a psychedelic head trip (hey, it was built in the 70s!), a quaint and classic dark ride, and a terrifying free-for-all through crime and punishment. One side of the tracks featured a jaunt through Winky’s Tavern, complete with a picture of a naked lady. On the other side, riders got to help the Weasels break out of jail. Both tracks converged at odd moments, giving the distinct impression that the ride vehicles were about to crash.

But no matter which track you chose, the dénouement always came at the end. Stuck on the railroad tracks, you were hit head-on by a rushing locomotive and deposited in a cartoonish Hell presided over by a grinning Devil. Back out in the Florida sunshine, you were left scratching your head and wondering what the heck just happened to you. How could Pooh, or any other ride, ever hope to compete with the sheer re-ride value that Toad offered? 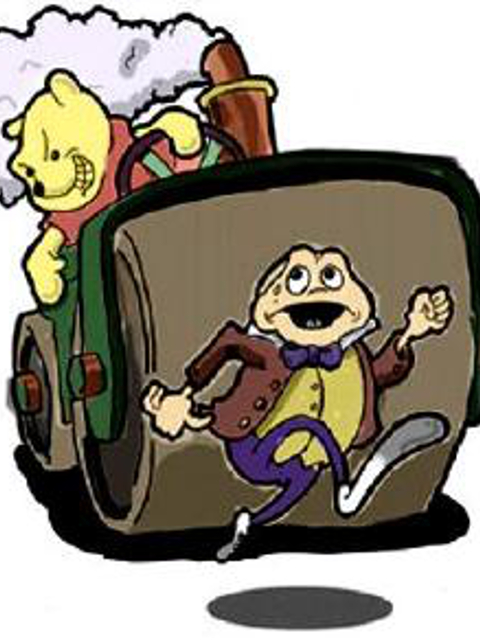 On October 22, 1997, a small article in the Orlando Sentinel sent shock waves through the Disney fan community. Having already lost 20,000 Leagues Under the Sea in a 1994 “temporary closure” that wasn’t officially announced as permanent until 1996, fans learned through this article that they would soon lose Mr. Toad’s Wild Ride as well. Yet Disney refused to confirm the closure, repeatedly stating that no final decision had been made. In mid-November of that year, the Walt Disney World Information Line began telling the truth to callers who asked about Toad. Yet no actual, official, public announcement came until September 2, 1998, less than a week before the ride closed! 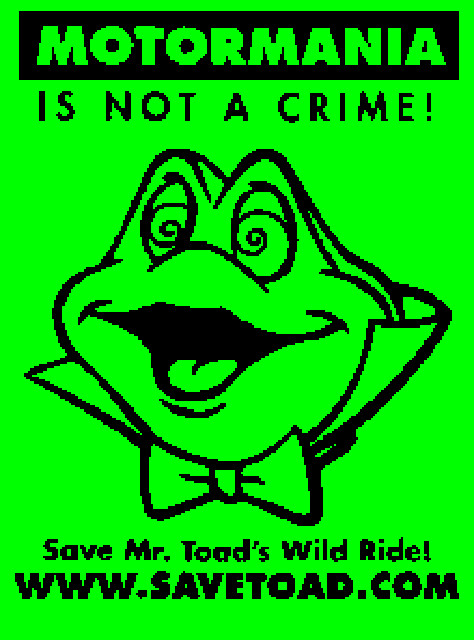 In 1997, the Internet was a very different place. Modems were dial-up, AOL was the leading service provider, Google didn’t exist, and GeoCities personal websites were all the rage. Internet time was expensive and charged by the minute, websites were minimalistic to accommodate slow connection speeds, and most people viewed it as a luxury rather than an important part of their lives.

Yet against this backdrop, a pair of dedicated Mr. Toad fans managed to spark one of the earliest and most successful Internet protest campaigns ever launched. John Lefante founded the Save the Toad website just one day after the Sentinel article ran. He was soon joined by Jef Moskot, an outspoken systems administrator who would become the public face of the campaign. Posting telephone numbers and snail mail addresses (remember, email was still a novelty) for everyone from Imagineer Marty Sklaar to Al Weiss, then-president of the Walt Disney World Resort, the pair urged Toad fans to make their voices heard.

The plan worked. By early November, more than 50 people had logged into the Electronic Toad Hall to leave words of support, and the Save Toad mailing list had over 100 subscribers. By the end of the campaign, the website had more than 60,000 hits, the mailing list was up to 1500 subscribers, and more than 1150 messages had been posted to the Electronic Toad Hall. While these numbers may seem small by today’s standards, they were absolutely staggering for their time. 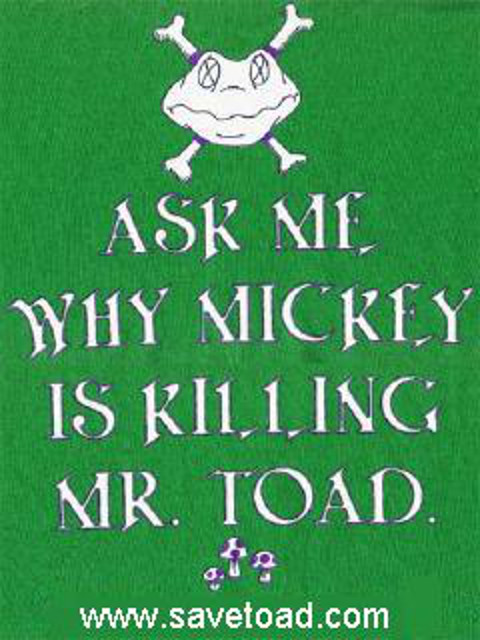 Disney news in general tends to attract the media, as do novel uses of new technology. When you put the two together, you create a true media sensation. With an innate understanding of how press coverage could further their cause, Lefante and Moskot wasted no time. At the end of October 1997, just over a week after the newspaper announcement, the first Save the Toad article ran in the Atlanta Constitution. By January, the campaign was being covered internationally.