4 Things Universal Could Learn from the Walt Disney Company 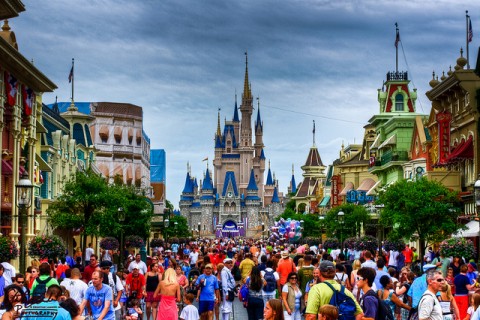 Universal Studios has in recent years launched a direct assault on Walt Disney World's enormous and largely unchallenged market in Central Florida. Yes, Universal has existed for years, and even outside of the Universal-Disney dichotomy, other smaller nearby attractions have garner interest. But, even with all of that, Disney has always been No. 1, and everyone else has been left to jockey for a distant second.

That changed with the launch of The Wizarding World of Harry Potter in 2010. Ever since, Universal has been far more aggressive in its pursuit of the big dog in Florida, and it has shown no signs of slowing down.

A little while ago, I took a look at a few things I thought Disney could learn from the newly-aggressive Universal Orlando Resort. But, while I still think those are important lessons, they don't tell the whole story.

There's a reason Disney is still No. 1. In fact, there are a vast multitude of reasons why Disney is still No. 1. Some of those are impossible for Universal to overcome – Disney has been around far longer, after all – but there are still things that the new-look Universal can learn from its big brother down the block. Some of which, they may have forgotten in their current rush to bring guests the newest and biggest thrills in the land.

Let's take a look at some of those things that Universal could still learn from Disney: 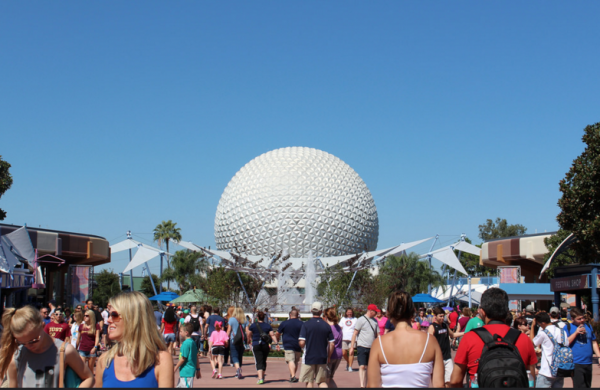 Universal is at a perpetual disadvantage due to the very real size limitations they operate under. While Walt Disney World could build 3-6 new theme parks on their property if they so wished, Universal has come pretty close to reaching their full capacity. While there are currently rumors that they may be expanding their property in some way, the current reality is that they simply don't have much room at all.

Where that hurts is not only in the fact that they cannot offer as many different entertainment options as Disney, but also because their current offerings must exist on a scale much smaller than Disney's.

Compare, say, EPCOT and Islands of Adventure. With EPCOT's sweeping views and massive walkways, it's enormous pavilions and grassy areas, the park is able to conjure a grandiose quality that most theme parks can't even approach. The park feels enveloping, which provides an even more immersive experience to guests. Islands of Adventure, while visually similar in its built-around-a-lagoon construct, feels much busier and compact. It's far less relaxing an image.

But beyond even design aesthetics, the space limitation prevents Universal from building everything they could want. While the two-park expansion of The Wizarding World of Harry Potter is an innovative way to deal with this constraint, it's hard not to look at each half of the Wizarding World as incomplete without its other half. Each only has one major attraction, and there are no real minor attractions to speak of that truly exist in the Harry Potter universe (Dragon Challenge and Flight of the Hippogrif are both reworkings of existing rides). Thus, not only does the lack of scale affect the parks aesthetically, they affect their offerings too.

Rumors suggest Universal has learned this lesson and is working to rectify it, but only time will tell.

3. Control your own fate 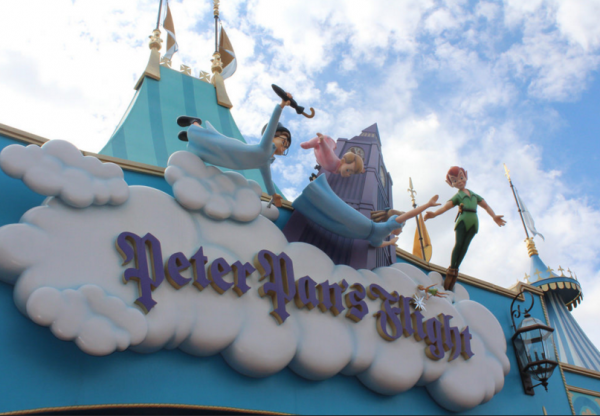 If Disney had really wanted to, they could have constructed an entire Star Wars theme park, including a half-dozen attractions themed around the new movie, and opened said park on December 19 – one day after the new film is released. The reason Disney could do this is that they control every step in the process from start to finish. They own the intellectual property (Disney bought Lucasfilm in 2012), they have their own R&D/design department (Imagineering), and they run the governmental entity that controls Walt Disney World's land use (the Reedy Creek Improvement District). Disney can, as scary as it may sound, do pretty much whatever they want however quickly they want to do it.

Universal doesn't have anywhere near the same level of control over their own fate. They're often at the mercy of the owners of whichever intellectual properties they're displaying in their parks (which, in the case of Spiderman and the other Marvel characters, means Disney, itself), and that can hamstring them in terms of the development of new attractions.

Additionally, Disney is aided by any ancillary benefits of having a ride operating in its park. While kids born today may never have seen Peter Pan, they likely will want to after enjoying Peter Pan's Flight at the Magic Kingdom. That level of cross-promotional corporate synergy has largely been the cornerstone of Disney's strategy for the new millennium.

So, how does Universal compete with that level of vertical integration? The glib answer is “make better movies” – but sadly, that's not too far from the truth. Of the studio's top-five grossing movies of all time, only one was made in the last 10 years – Despicable Me 2. Which is why Despicable Me: Minion Mayhem is not going anywhere anytime soon.

Although there are other alternatives – many of Disney's biggest and most beloved attractions aren't tied into movies at all. Or, even more successfully, they've been so wonderful that they've inspired film adaptations themselves. An endgame like that would be one Universal would benefit from looking toward.

The main thing Universal can learn from Disney is the way they treat their guests. Universal has atrocious customer service and most of the employees obviously have no interest in enhancing your experience, whereas everyone from the parking attendants to the princesses in Disney are very good at the very least faking that they have a vested interest in your 'magical' day. It really makes so much of a difference, especially when a theme park trip can very easily turn from a fun day into a tiring and expensive ordeal under the wrong circumstances

Really? I think this is just your silly imagination. Most people at Universal work or have worked at Disney. So they are the exact same people. Absolutely no different.

Granted the rides have more safety concerns than at Disney so you might be told "no you can't do that, it isn't safe" more often. But that's about it. Make friends with a Universal Team Member and they can make your day 100x's better than disney could by having the ability to save you money and/or time in various different ways. I was never given the opportunity to save a guest money and time at Disney.

Make friends with a Universal Team Member? How about you go on vacation and receive uniformly quality customer service regardless of who you are or who they are?

Having spent plenty of time at both resorts, you can't compare the quality of the service at the two. You just can't. To say that most of the team members at Universal used to be Disney Cast Members. Used to be. Could any of this conversion be due to some current Universal hires not living up to the Disney model?