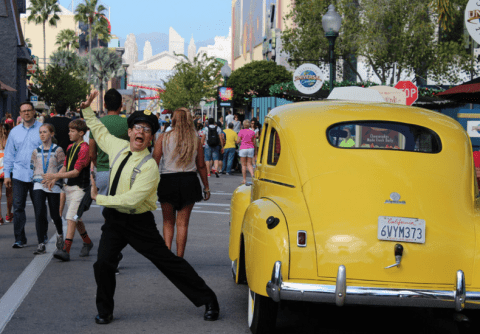 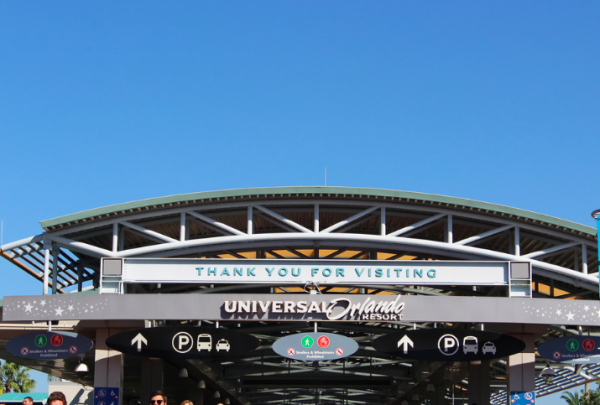 As long as you’re employed at Universal Studios, you’ll never have to worry about picking up a nice big Thanksgiving turkey. Employees line up in the days before Thanksgiving and each receive their own turkey absolutely free. If you have to have multiple Team Members in your family, this makes for a ton of turkey for the holiday season. These aren’t small birds, either, and they’re as juicy as anything you’ll grab at the grocery.

Though many Team Members will invariably end up working on Thanksgiving Day, this perk ensures that everyone gets a chance to enjoy a feast with their family, even if they do have to schedule it a few days before or after the traditional holiday.

Both Disney and Universal provide free park access to their employees. However, Universal really goes all the way by offering access not only to the theme parks, but also to special events like Halloween Horror Nights. Universal doesn’t have any blackout dates for Team Members, either. This means you can pop in for big name concerts at Mardi Gras, catch the first Macy’s Holiday Parade of the season, and attend every single Horror Nights event without spending a dime.

This is a big difference from Walt Disney World where even Cast Members are blocked out of the park during peak days. Disney Cast Members also have to purchase separate tickets for special events like Mickey’s Not So Scary Halloween Party and Very Merry Christmas Party. 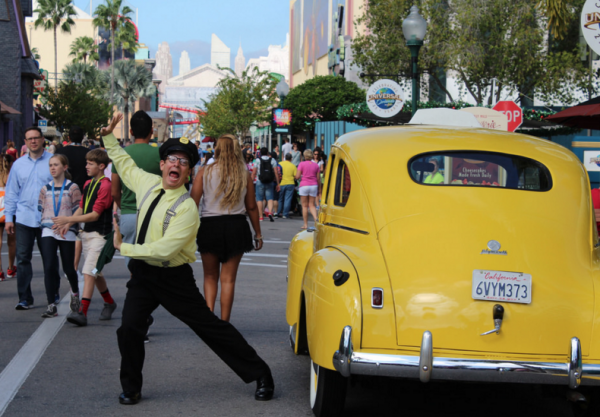 When Universal releases a big movie, it usually gives its Team Members the chance to screen it in theaters before it’s released to the public. Team Members can pick up their tickets during select hours a few days before the event. These tickets are usually good for the Team Member and one guest, though some screenings only allow Team Members. There are a limited number of tickets so you won’t realistically make it to every one, but it is possible to get ahold of tickets to two or three showings a year.

Things might have changed but Universal definitely DOES have TM blockout days, especially during peak season and HHN and Mardi Gras big name concerts. Still considerably less blockouts than Disney CMs. The rest is still true.

As a relative of someone who is a former CM & now a TM, the hotel discounts at WDW are rarely available, or only available for the "club level" rooms, or the most expensive rooms. Only a small limited number of rooms are made available to CMs & their families, so unless one books WAY in advance, good luck getting a room that one would actually ordinarily book anyway. Granted, one can get a deluxe club level room for a "high moderate" price, but try finding a true "moderate" room, or a "value" room using the CM discount.

I am not sure about employee benifits, but as a guest with three disabled persons (two deaf and one mobility impaired), Universal wins without a doubt. They allowed us to reserve a mobile cart, Disney did not. they offered a sign interpreter, Disney did not. Disney SHOVED one of the children with us during the parade which THEY said kids could come out to the street to dance. Disney had not closed the autograph line until AFTER our kids were in line, yet when two of the kids in our group had waited for more than 30 min, then they were told Goofy would not sign autographs for them. Universal let us hang talk to the cast of a show as long as we wanted, take pictures, etc. Disney would not let the employee buy us gifts with his discount, Universal let the employee buy his stuff and all of our stuff with his discount. Disney passes for disabled required waiting an hour or more and coming back whereas Universal's pass allowed us to just go to a shorter line. I could go on, but as a guest visiting both in the same week (Mardi Gras), I would choose Universal over Disney in a heartbeat. They treated disabled guests as people instead of a nuissance.

well another chance to read through Univeral vs Disney. All I can say is that some people enjoy UNI more and others enjoy Disney more. I can't believe I read all of the comments. It always ends in a stalemate any way. Just be glad you both have a job.