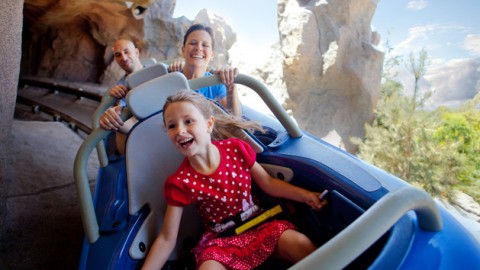 While the modern day theme park industry is largely built on successful film franchises and high-technology thrills, its beginnings were far more lo-fi. Turn-of-the-century amusement parks were often somewhat cobbled together groupings of whichever en vogue attractions the owner could afford – a Dodge 'Ems here, a whip there, etc. These simple thrills were a far cry from Harry Potter and the Escape from Hogwarts at Islands of Adventure or Dinosaur at Disney's Animal Kingdom.

And yet, even with all of this complicated technology, one type of ride is still king: the roller coaster.

From the amusement park boom of the early '20s until now, if you wanted thrills, you knew you needed to seek out one of those wooden or steel mountains. With so many classic roller coasters still in existence today, they offer amusement and theme park visitors a unique treasure – the opportunity to take a step back in time and experience something as it would have felt to people decades ago.

And so, if you call yourself a history buff, and if you're a bit of a thrill seeker, make sure to check out these six attractions – all of which are historic and fascinating in their own way. 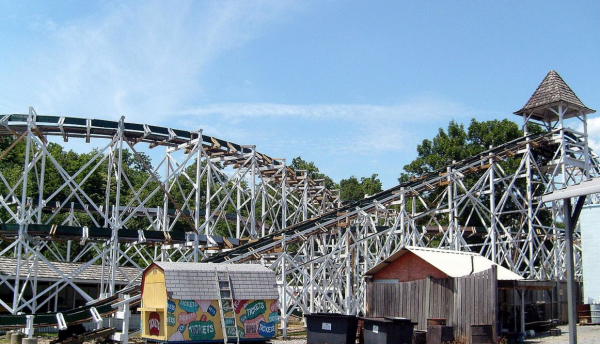 If you visit Lakemont Park in Altoona, Pennsylvania, and if you happen to check out Leap-the-Dips during your stay, you will be riding the oldest roller coaster in the world. Think about that for a second: in riding Leap-the-Dips, you're experiencing the same thrilling journey enjoyed by people in 1902, when the coaster first opened. For a little perspective, Jules Verne was still alive when this ride was constructed.

Leap-the-Dips is certainly not the world's most thrilling coaster nowadays, clocking in at just roughly 10 mph and standing only 40 ft high, but none of that matters much with the ride. The quaint side-friction-style coaster is a piece of history to itself, making it something like the most fun museum on Earth. 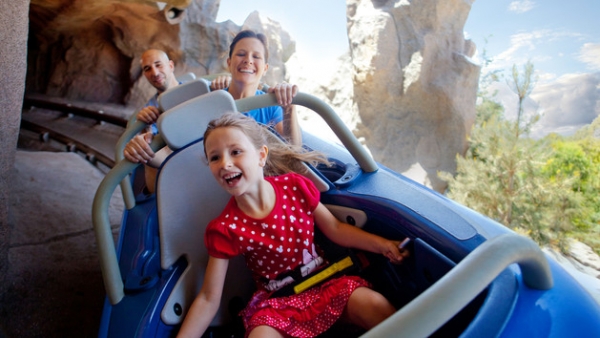 It might surprise you to see a Disney roller coaster on this list, considering the park is not particularly well-known for having remarkably thrilling roller coasters. But the ones they do have are very special, and none are more so than the Matterhorn Bobsleds out at Disneyland.

Not only was it Disneyland's first roller coaster, and not only does it still continue to dole out thrills even today, but it also has a very important place in roller coaster history.

Before Matterhorn, the most thrilling roller coasters of the day were constructed out of wood. But Walt Disney, innovator that he was, wasn't particularly interested in building a wooden roller coaster at his theme park. He wanted a ride that would give guests the experience of tobogganing down a snowy hill, even though that technology didn't quite exist. Over time, that idea morphed into a bobsledding-style ride, and from there, the Matterhorn Bobsleds were built … using steel. 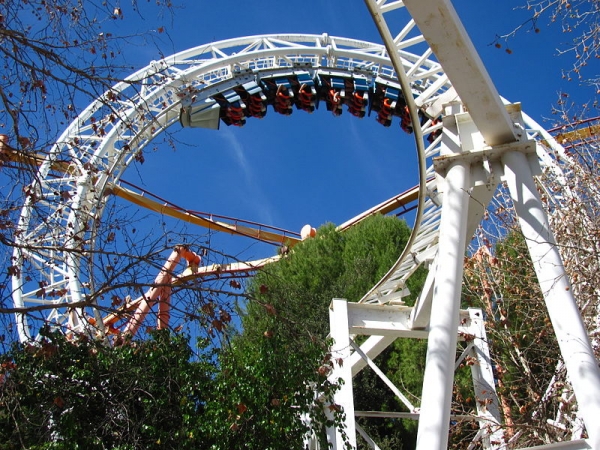 Of course, the truly great innovation of tubular steel was not that it simulated a bobsled ride. Rather, the widespread appeal of tubular steel was due to its strength and smoothness – two factors that led to the single most important development in modern roller coaster design: the vertical loop.

Early roller coaster design was littered with attempts at constructing a loop. Some used circular loops that inflicted such high G-forces on passengers that they often disembarked complaining of neck injuries. Others were simply seen as too thrilling for the day, with more guests opting to watch the roller coaster than ride it. And so, from the early 1900s until the mid 1970s, no one ever really attempted it.

Enter: Revolution at Six Flags Magic Mountain. At the time it was built, it was called Great American Revolution – a fitting name considering what happened once it was completed. Opening in 1976 – America's Bicentennial – Revolution featured a vertical loop – the first on a modern roller coaster. It instantly became iconic, even being featured in National Lampoon's Vacation as a stand in for the “Whipper Snapper” roller coaster at Wally World. Its opening began the obsession with inversions that roller coaster design still experiences today, and while most amusement parks nowadays feature a looping coaster, they all draw a lineage back to Revolution.

It doesn't surprise me at all that a Disneyland roller coaster is on this list. What does surprise me is that it's The Matterhorn and not Space Mountain.

Considering the Matterhorn ride system was designed by the folks at Arrow Development, I think it's worth giving them a nod in the Matterhorn section of the article.

It says original 1958 trains not the original trains.

If I am driving an original 1958 Ford, I'm not driving the first Ford built.

If I remember things correctly, the 1958 trains were new to Pippin in 1958. They were used on the new layout at the beginning of what is now the Thunderbolt and have never changed. It is a very unique ride. Would not be the same with newer trains.