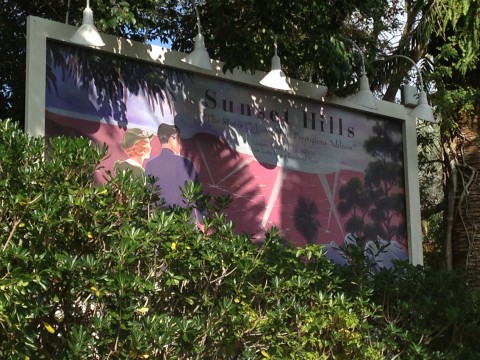 Sunset Boulevard at Disney’s Hollywood Studios is home to some of the park’s most popular attractions. With the Tower of Terror, Rock ‘n’ Roller Coaster, and Beauty and the Beast Live on Stage clustered together at the end of the street, this area sees a lot of traffic. Slow down on your way to these big name highlights and take a moment to enjoy the rich theming of Sunset Boulevard that takes you back in time to another era entirely.

1. The Victory Garden and WWII Memorabilia 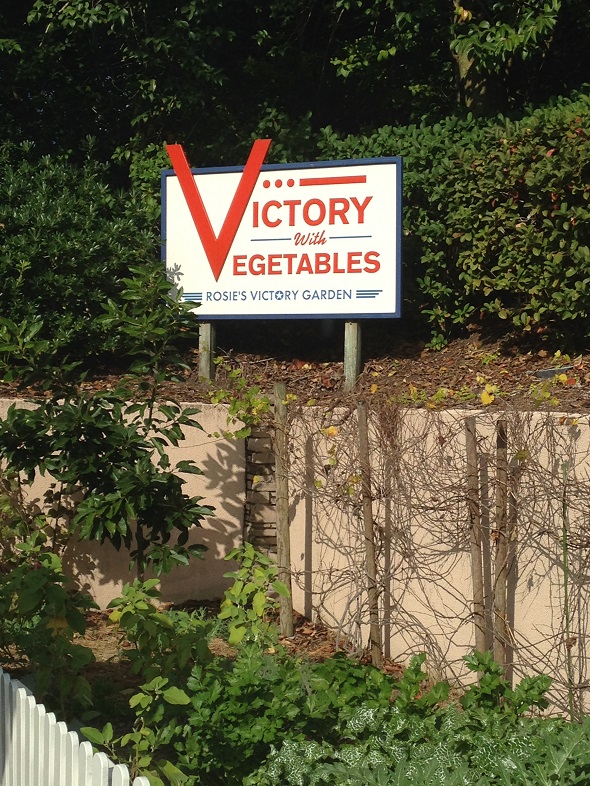 The Sunset Boulevard at Disney’s Hollywood Studios is not a modern representation of the street. Here you find yourself in the late 1930s to early 1940s, around the time of World War II. The area is instantly dated with its numerous war references. Beside Catalina Eddie’s you’ll find a Victory Garden, easily identifiable by the giant sign. If that’s not clear enough, the scarecrow wearing a gas mask will help complete the setting. 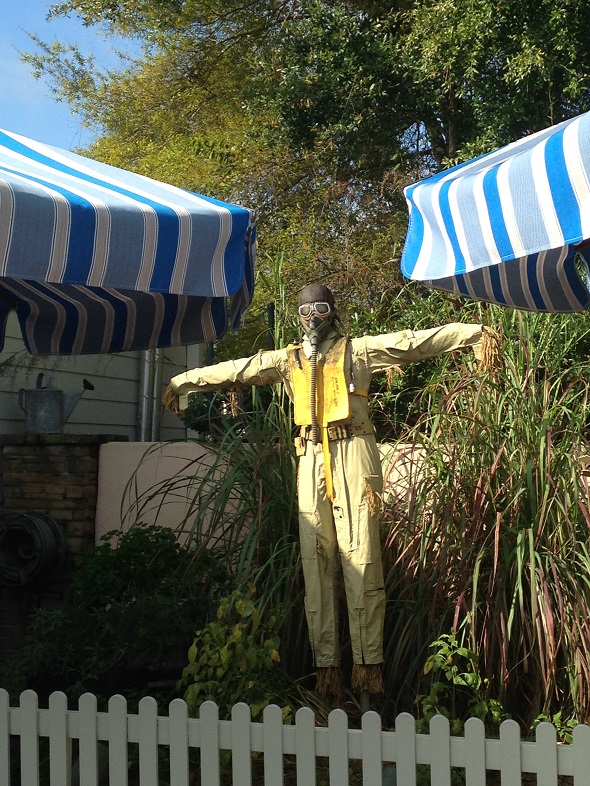 Victory gardens were planted in the United States during World War II to help prevent food shortages. Canned vegetables were rationed and trains and trucks that would have otherwise transported produce were put into use transporting soldiers and weapons. Victory Gardens were responsible for 40% of the vegetables grown in the U.S. by 1944. 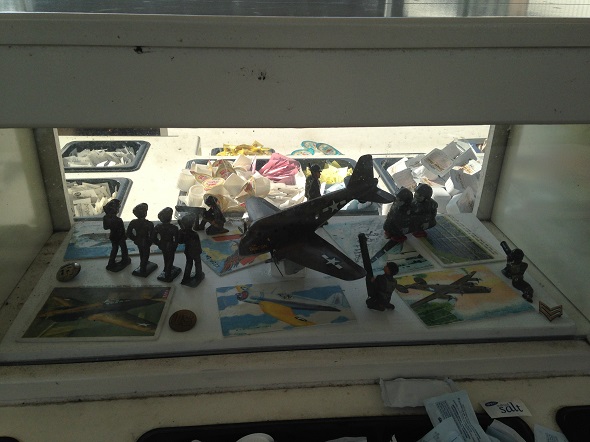 This entire outdoor seating area along Sunset Boulevard is dedicated to the WWII era with everything from signs along the buildings to tiny pieces of memorabilia in the center of the condiment stand. 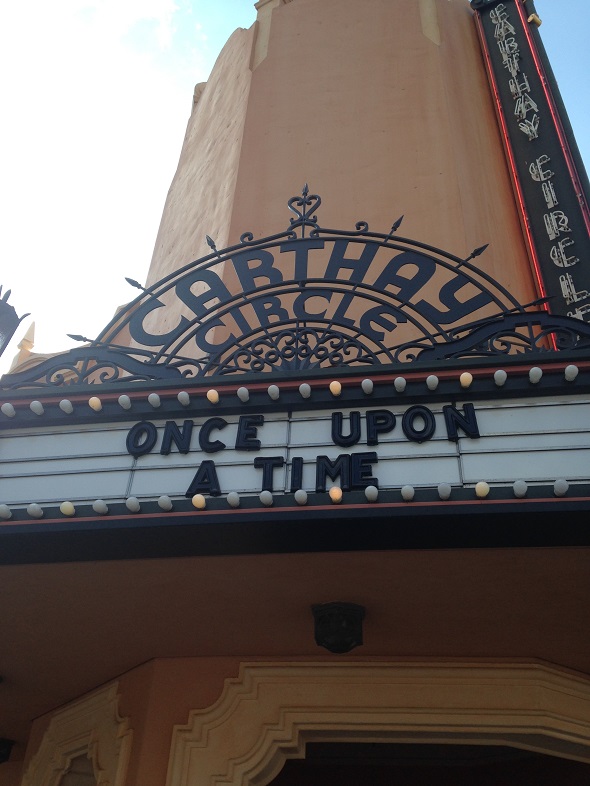 Snow White and the Seven Dwarfs premiered at the Carthay Circle Theater on December 21, 1937. The Once Upon a Time gift shop on Sunset Boulevard is set inside a building modeled after Carthay Circle. Posters for Snow White adorn the building inside and out. Look behind the register in this gift shop and you’ll see pictures from the film’s premiere showing the theater as well as Walt Disney himself. 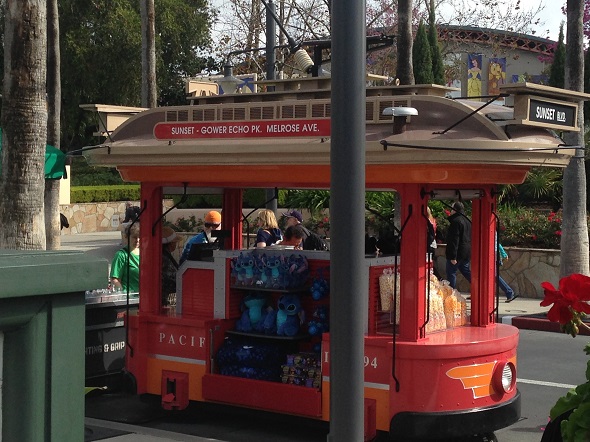 The Pacific Electric Red Cars were a major means of transportation at the turn of the century. The track gradually grew until it ran up and down Sunset Boulevard. The streetcars continued running until the mid-1950s. On this version of Sunset Boulevard, the trolley car has taken the form of a souvenir and popcorn stand. Though they don’t move, you can see trolley tracks peeking out along the street near the Tower of Terror.

#3 is absolutely one of the most charming bits of "atmosphere" on Sunset Boulevard.
#6 gets incredibly hot and you should test it before sitting down for a quick pic!

My family has always enjoyed the hidden delights on Sunset Boulevard. A small correction: the scarecrow is not wearing a gas mask. It's wearing a world war two Army Air Corps flying suit, oxygen mask and "Mae West" life preserver.