4 Things the Walt Disney Company Could Learn from Universal 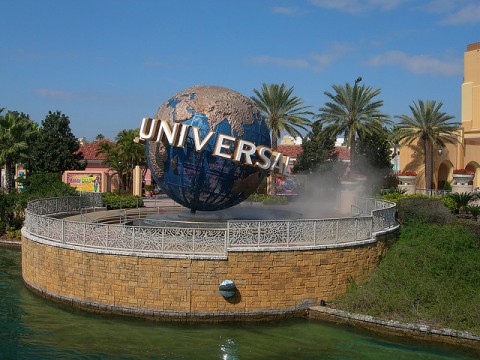 In 1986, Universal announced plans to build a movie-themed amusement park/film studio in Orlando. Long the domain of Walt Disney World, Universal sought to not only grow the tourism market in Central Florida, but to go after some of Disney's enormous and undisputed market share.

Disney's response was incredible: within months, they too announced plans to build a park themed around movies – their first new park since 1982's Epcot – and theirs would also aim to bring in real film and TV productions.

Amazingly, despite starting their project months after Universal, Disney was able to open Disney-MGM Studios (now Disney's Hollywood Studios)  a year before Universal Studios Orlando could open their gates. Using the considerable powers afforded to them through their governmental body, the Reedy Creek Improvement District, Disney was able to cut through any red tape and build as quickly as the laws of physics allowed.

Fast forward 20 or so years, and my, how things have changed.

In the time it has taken for Disney to construct their new parking garage at Downtown Disney (soon to be Disney Springs), Universal was able to announce, construct, and open the technologically advanced Transformers: The Ride-3D attraction at their Universal Studios park. That's right – an enormously complex attraction took less time from page to stage than something as simple as a parking garage.

Why? Well, the answer is actually pretty simple: complacency.

Disney's been at the top of the Central Florida tourism game for decades. Even with increased competition locally, they are still the preeminent brand in the area. Universal's aggressive expansion in recent years has certainly started to change things, but it would take something much more dramatic to make Disney shake off its decades-long slumber.

And that is a shame. For, here's the thing: While Disney has always been and very well may always be the king of Central Florida, there is a lot they can learn from the upstart neighbors next door. 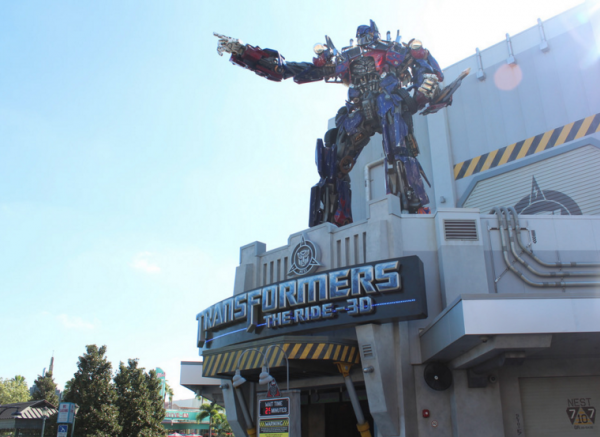 For whatever reason, Disney has taken to working in long construction cycles for their biggest attractions. The New Fantasyland expansion took roughly five years from conception to conclusion, and the World of Avatar has been in development ever since the film's release in 2009. Universal, on the other hand, has taken to an aggressive schedule, building attractions as quickly as they can in order to reduce the time between announcement and opening day.

In building quickly, Universal has been able to capitalize on pop-culture trends much more effectively. One needn't look much further than Disney's attempts to integrate the blockbuster film Frozen into their parks. While the company wasn't expecting the film to be the smash success that it was, its release back in late 2013 gave the company more than enough time to quickly add the newly-beloved characters and stories to the parks. Instead, the company's steadfast refusal to move at haste resulted in the somewhat-thrown together “Frozen Summer Fun” event, as well as the opening of the new Frozen-themed attraction at Epcot sometime after 2016.

Disney has the infrastructure to build their attractions quickly – they've demonstrated it before – and in being slow to open these new experiences, they fail to capture the excitement while it is still fresh in guests' minds.

And, in the case of the aforementioned parking structure, it causes unnecessary headaches for everyone.

2. Give the people what they want, not what you think they want 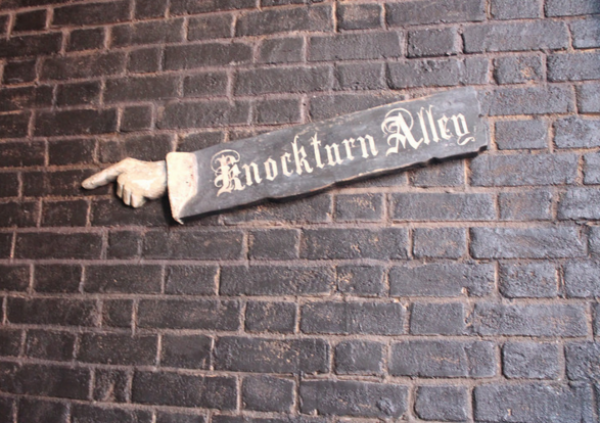 Universal bet big on The Wizarding World of Harry Potter, and that bet paid off just as hugely. It's not a surprise, certainly: Harry Potter has one of the most wide-reaching and passionate fan bases of any entertainment property.

One of the reasons for its great success is that Universal capitalized on something people clearly wanted. They gave millions of guests the opportunity to explore Hogwarts School of Witchcraft and Wizardry. Some guests have been waiting their whole lives to experience that feeling, and Universal recognized that passion and delivered on its promise.

The lesson here, for Disney, is to listen, rather than speak.

Yes, Avatar made a lot of money at the box office, but that doesn't mean it has the same passionate level of support as something like Harry Potter. In building an entire themed area dedicated to the film, Disney seems to be missing the point – people didn't want to visit the Wizarding World of Harry Potter because they saw it in a movie, they wanted to visit because it's something that's captured their imagination for years and years. Avatar was a fad, I think it's fair to say that now, and in constructing a world dedicated to it, Disney is telling guests what they should want, rather than listening to what they actually want.

Even with the Star Wars expansion at Disney's Hollywood Studios, Disney has said that any new attractions will be themed after the new films, rather than the classics. They're choosing to neglect something beloved by millions for generations, and in its stead, build what amounts to advertising for the new slate of films.

That's not to say that the World of Avatar or Star Wars Land will be substandard – I'm actually expecting them both to be wonderful – but they're illustrative of a problem that Disney has in recognizing what their guests actually want, rather than telling them what they should want.

It's clear to me that Disney has become just another enterprise, operated by bookkeepers and managers who have no idea what people really want. Raising prices in this way will ruin them eventually.

Disney most certainly did swing for the fences with Cars Land, it just happened to be in Hollywood instead of Orlando. Cars Land, especially it's flagship ride Radiator Springs Racers, is very impressive and was apparently very costly To build. We end up spending a lot of time at Cars Land every time we visit DLR.

Transformers at Universal Studios was built in that short amount of time because the attraction is simply a redress of the SpiderMan attraction across the street at Islands of Adventure.

You're wrong, they had already built transformers at universal Hollywood so it wasn't just a rehash of spider-man it was the same template as Hollywood transformers, but with an hidden elevator on the track to save space. However I'm pretty sure a parking garage should be finished much quicker than a high tech ride like transformers, which there are only 2 of whereAs there are thousands of parking structures in the world, Disney are just slow and complacent and don't care. You're just a little Disney fanboy buthurt because universal is knocking it out the park.

I love going to events that are either fancy soirees (100 bucks for the park+60-100 for dessert party or Food and wine or whatever) or going to things catered to people who are between 4 and 10 years old (everything else Disney does). And I really love it when 4 theme parks are able to add an astounding 1 attraction on average between them per year, an average that every other park chain in the world surpasses with ease.

Or maybe it's also cool when Universal puts on Horror Nights (an entirely new event each year), Mardis Gras, Actual clubs, Real concerts (with people singing their music, not cover artists), and adds a new, incredibly-themed ride every single year now. Maybe that's something worth celebrating for us adults.