All-Star Roundtable: 5 Things That Need to Change in Orlando in 2015 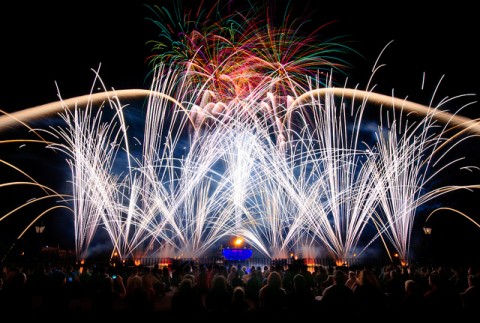 On the one hand, this is perfectly understandable – 2014 was such an unbelievably mammoth year, with new expansions at the theme parks (The Wizarding World of Harry Potter – Diagon Alley at Universal Studios Florida and New Fantasyland at Magic Kingdom), renovations of the major dining/shopping/entertainment complexes (the beginning of Downtown Disney’s transformation into Disney Springs and the debut of Universal CityWalk 2.0), and new hotels (Cabana Bay Beach Resort at Universal Orlando Resort).  It’s easy to see how anyone would need a breather after all that.

(And this isn’t even taking into account the fact that 2016 is already shaping up to be another large-scale barrage of additions and investments; there needs to be time to actually build all these new attractions, after all.)

On the other hand, however, it’s a somewhat disappointing reality, leaving open a giant window in the calendar in which nothing (major) will be happening.  While it’s doubtful that this will adversely affect Orlando’s tourism numbers, it still leaves all of 2015’s proceedings in the shadow of ‘14’s huge monuments. 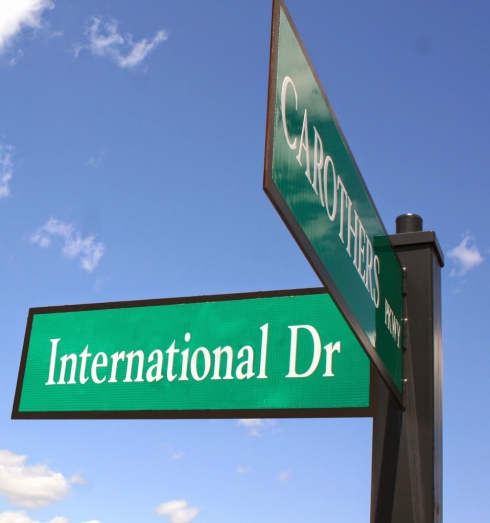 All is not completely lost, however.  Trying to fill the void is International Drive, the city’s main tourist strip that has long held a wide and diverse collection of various attractions and other pit stops.  Encouraged by the ever-rising levels of attendance at both Walt Disney World and Universal Orlando, several new companies are moving in and remaking wide swaths of the 11-mile long stretch of road – and the biggest of these new players, Merlin Entertainments, is looking to make 2015 exclusively theirs.

To discuss what should be done to ensure that 2015 is not a forgettable one – and to tackle the question of whether or not I-Drive can truly become the next big destination on the global theme park map – the usual all-star collection of panelists has been convened:

I'd like to discuss how 2015 is a particularly (suspiciously?) quiet one in Orlando, and how I-Drive is looking to fill that void in the short term and possibly become a major player against the likes of Disney and Universal in the long-term.  Will it be successful, either this year or in the near future?  And will '15 really shape up to be a rather forgettable one?

1. I-Drive should organize itself as a unified resort

2015 is kinda quiet in the theme park capital of the world.  But you have to admit that 2014 is a hard act to follow.  So much theme park goodness!  Parks do need to reinvest and reinvent themselves to remain relevant, but it's unrealistic to expect something on the level of New Fantasyland and Diagon Alley every year.  Universal has not formally announced its new Islands of Adventure attraction yet.  It's possible that the company could squeak in before the end of the year with yet another E-ticket winner. 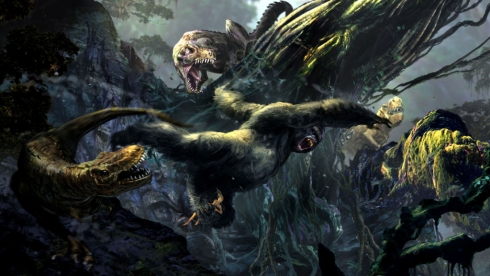 I am intrigued by all the development along I-Drive.  The area is certainly evolving with marquee rides, such as the Orlando Eye and the Skyscraper, and has the potential to become a major player in its own right.  I don't know if it's feasible (or, for that matter, already happening), but I think it would behoove the individual I-Drive attractions to band together and market themselves as a group.  Perhaps they could develop something similar to the Orlando Flex Ticket.  Between I-Drive 360, the Skyplex, Vue at 360, FunSpot, and the other attractions, I could see visitors devoting a day to I-Drive -- especially if they could purchase a bundled, discount admission to all attractions, and the properties established a shuttle to transport them from venue to venue.

2. Disney needs to speed things up

I’ve been telling people that are debating a Central Florida vacation to hold off for another year.  I don’t see the Orlando Eye and the other International Drive attractions ever taking a day away from my vacation, let alone be reason enough to plan a vacation. I’m a sucker for a fun Ferris wheel (I’m looking at you, Mickey’s Fun Wheel), but the Orlando Eye appears to be nothing more than a novelty in the same vein as (Downtown Disney’s former) Characters in Flight.  I suspect the traffic it will generate will largely be guests who are spending half a day at a Disney or Universal park and are looking for an escape from the crowds. 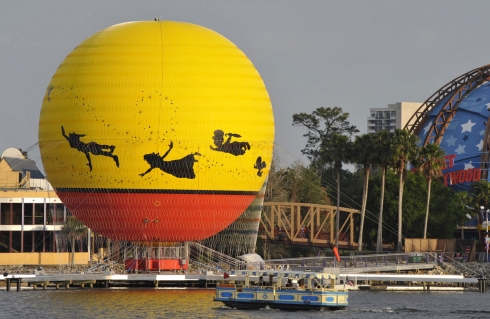 While 2015 to 2016 appears to be the calm before the storm for Disney, it really is laughable that it has taken this long for many necessary additions.  Since Bob Iger took over as CEO, he has spent over $40 billion in stock buybacks, but only approved four new rides in Florida (Seven Dwarfs Mine Train, Under the Sea: Journey of the Little Mermaid, and the two rides in Avatar).  As soon as Disney saw the ridiculous crowds at the Hogsmeade opening in 2010, expansions should have been greenlit for Epcot, Hollywood Studios, and Animal Kingdom.  Comcast isn’t turning off the money hose at Universal.  While 2015 may not see any substantial additions, King Kong is just around the corner.

I expect ‘15 to continue the trend of Universal taking guests away from Disney.  The product is fresher, and their resorts are cheaper.

It sounds like budgets have been approved to makeover Hollywood Studios.  Avatar and Rivers of Light construction are underway at the Animal Kingdom.  The Frozen ride and Soarin’ over the World should be a decent one-two punch for Epcot in 2016.  Despite that, Hollywood Studios is five to six years away from being “fixed,” and Epcot is still in need of more than the anticipated ‘16 additions.  I’m more optimistic about the Animal Kingdom changes, but the visuals are ambitious and by no means a guarantee.

For me, the most intriguing thing in ‘15 is the D23 Expo.  It’s Disney’s chance to right the wrongs of the last 10 years and make some of the announcements that should have been made at the ‘11 Expo.