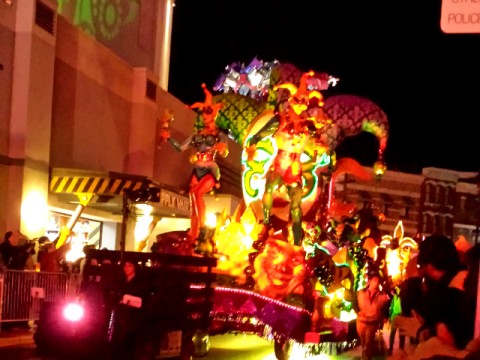 Universal Orlando throws a massive Mardi Gras party every year. Featuring live music, parades, beads, and bands, it is a fantastic tribute to New Orleans’ epic month-long blowout, more properly termed Carnival. Mardi Gras is actually Fat Tuesday, the last day of the celebration. Regardless, most people refer to the entire season, which kicks off on Twelfth Night, January 6, as Mardi Gras.

I lived in New Orleans’ French Quarter for four years, and I try to make it back for Mardi Gras whenever I can. During the years that a return trip simply isn’t in the cards, however, I can get a true taste of home Universal-style. Here’s a look at 6 ways that Universal gets it very right, and 4 ways that Universal’s version is less than authentic. 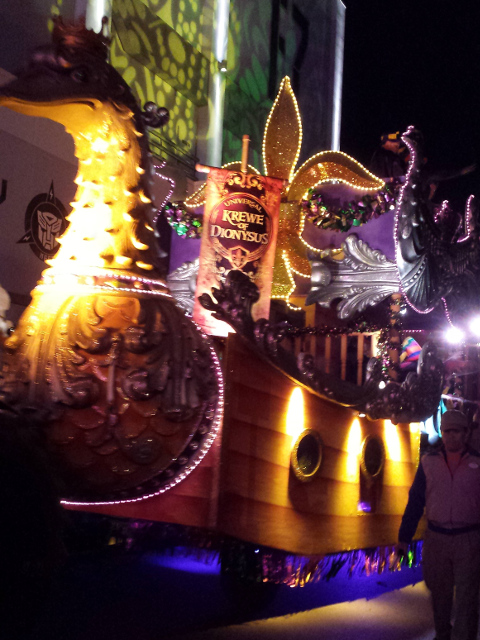 Before Hurricane Katrina struck in 2005, the Kerns sent authentic floats down from New Orleans to Universal each year. Many floats were heavily damaged in the storm, and the Kern family was hard at work rebuilding. Yet they didn’t forget about their second home at Universal Orlando. They sent a team to Florida to custom-build a full set of Mardi Gras floats exclusively for the park. 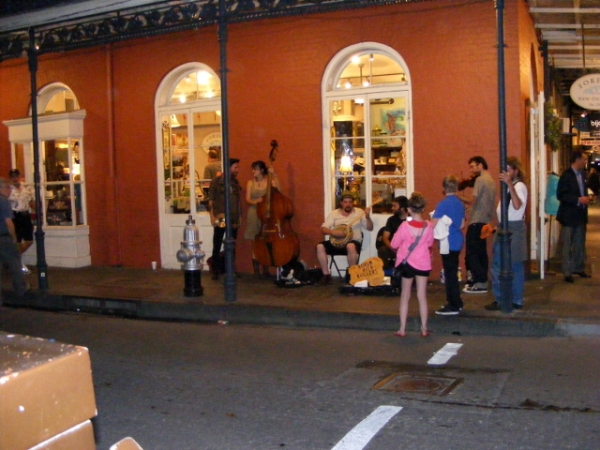 New Orleans’ street musicians are world-famous. Playing on street corners for spare change, they run the gamut from young runaways trying to make enough money for dinner to retirees doing it for the sheer pleasure. While you won’t see homeless musicians at Universal, lesser-known New Orleans bands are invited to set up on small stages, recreating the intimate feel of a street corner performance. 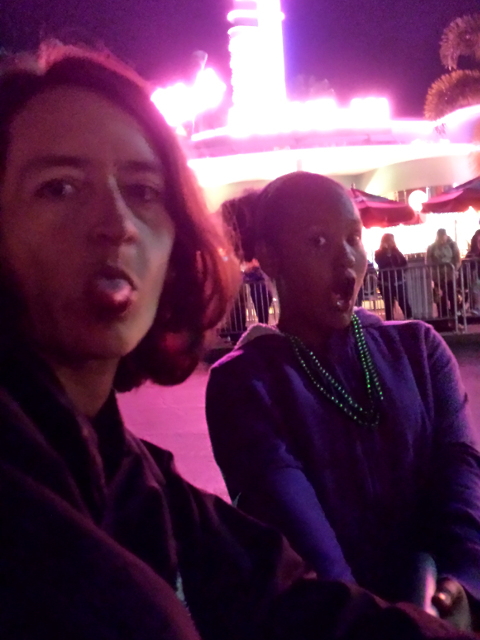 “Throw me something, mister!” This refrain is heard countless times throughout the Carnival season, both in New Orleans and at Universal Orlando. Float riders oblige, raining down a constant stream of beads as well as the rarer and more highly prized small, metal coins known as doubloons. If you leave a parade empty-handed, either in New Orleans or at Universal Orlando, you must have been intentionally trying not to catch anything. 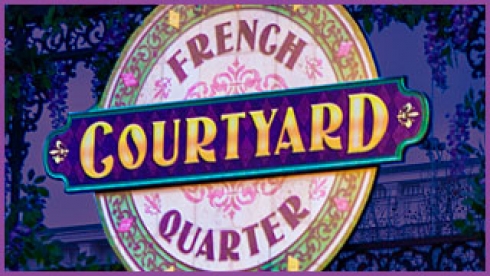 While no one can beat New Orleans for the sheer dizzying array of food options, Universal does an impressive job of recreating Mardi Gras’ most famous meals. King cake, red beans and rice, po’ boy sandwiches, and the delicious French doughnuts known as beignets are just a few of the better-known choices. Fans of New Orleans’ signature Cajun food might be slightly disappointed, though, as Universal’s versions rank significantly lower on the heat scale. 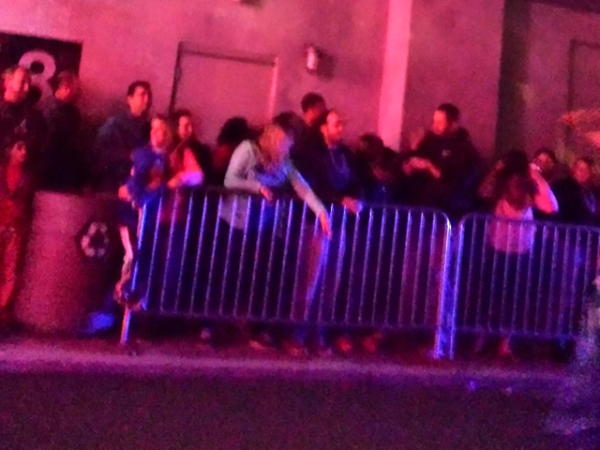 In New Orleans, Mardi Gras Day (Fat Tuesday) is a city-wide holiday. The mayor gives a celebratory morning address before heading to the Convention Center to meet with the kings of Rex and Zulu, the oldest white and black krewes respectively, for a booze-fueled luncheon. Schools, government offices, and non-essential businesses are closed (except for bars, restaurants, and shops), and everyone takes to the streets to enjoy the party.

Universal’s Mardi Gras may not be an official holiday, but locals and tourists alike know it as a time to party. Expect massive crowds, all pressed against the barricades during the parade and then rushing to find a prime viewing location for the nighttime concert. Fortunately, just like in New Orleans, everyone is in a relaxed holiday mood, and few arguments tend to erupt. 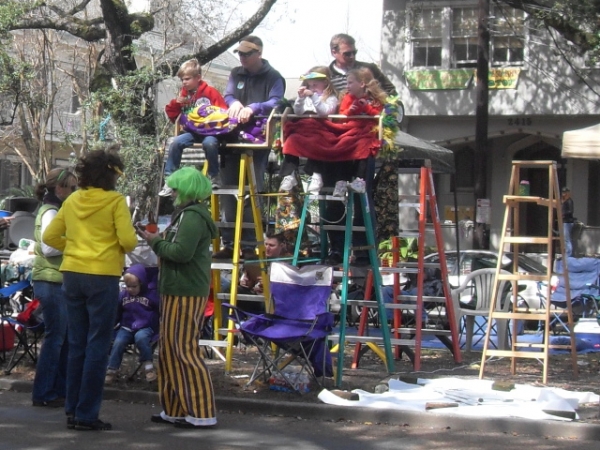 If your only knowledge of New Orleans’ Mardi Gras comes from Girls Gone Wild, you might be shocked to learn that it is actually a family-centered holiday. In the Catholic calendar, Fat Tuesday is the day before Ash Wednesday and the beginning of the solemn Lent season that culminates on Easter Sunday. The Carnival season is marked by family reunions and child-friendly get-togethers with friends.

While it is true that the French Quarter and the part of the parade route that borders the Quarter along Canal Street are much more raucous, noted for heavy drinking and “flashing” for beads, the Uptown and Mid-City parade routes are lined with families. Many of them have been watching the parades from exactly the same spot for generations. In fact, a fun tradition that dates back many decades is the ladder seat. Whether homemade or store bought, these seats put kids up high enough to see the festivities while remaining well away from any danger of being run over by a float.

Ladder seats are not allowed at Universal’s Mardi Gras for safety reasons, but just like in New Orleans, the festivities are suitable for all ages. Bring the whole family, from infants to great-grandparents, for a grand spectacle that you are not likely to soon forget.