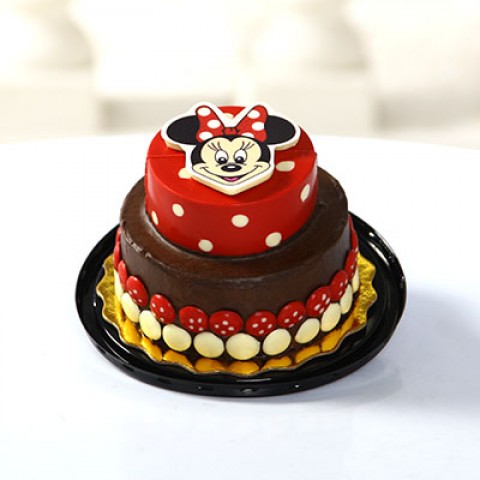 There’s no question that Walt Disney World is romantic, but sometimes it’s associated so closely with kids that you can overlook some of the more adult options on-site. If you’re planning to celebrate an anniversary, honeymoon, engagement, Valentine’s Day, or other special event while you’re at Disney, there are several special extras you can add to your trip. Even if you’re not in town on a celebratory date, you can use these romantic touches to let your special someone know how much you care.

1. Book a Romantic Dinner for Adults 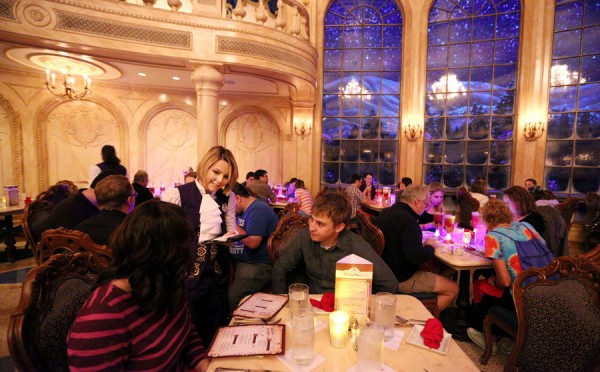 So many of Disney’s restaurants are geared toward children, that it’s easy to forget there are quiet adult options as well. The best (and most expensive) option for an adults-only meal is Victoria & Alberts at the Grand Floridian, where small children aren’t even allowed and adults must adhere to a dress code.

While all other restaurants are family friendly, you’ll find a more sophisticated atmosphere at some. Some of the best options for a romantic dinner for two are:

Make your reservation early to guarantee a spot. If you’re celebrating a special event like an anniversary or honeymoon, make sure you pick up celebration pins and let your server know about your special day. 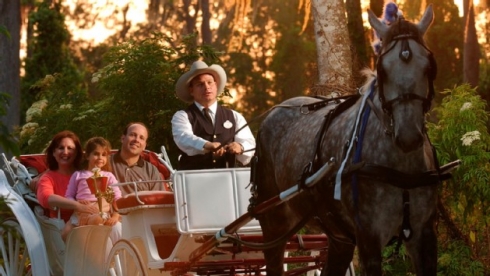 There are few things more romantic and relaxing than a quiet carriage ride for two. Horse-drawn carriage rides are available at two locations on Disney property. At Disney’s Fort Wilderness Resort, you’ll ride through the heavily wooded area, taking in the lush pine and cypress forest around you. Visit in the winter months and you can take a holiday sleigh ride instead in a “sleigh” decked out with garlands and lights.

Head to Port Orleans – Riverside for a waterfront ride along the Sassagoula River. Dripping with southern charm, this picturesque spot is less rugged, but more sophisticated. You can make reservations for your horse-drawn carriage rides up to 180 days in advance.

3. Rent a Surrey Bike Together 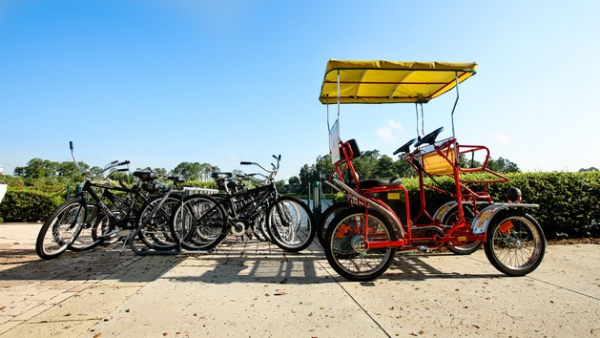 Surrey bikes for two give you the opportunity to take a quiet bike ride side-by-side with your sweetie. Bike rentals are available at Disney’s Fort Wilderness Resort and Campground and Disney’s Wilderness Lodge. The two are connected by rustic paths through the woods so you can bike from one to another. At Disney’s Port Orleans – Riverside, you bike along the paved paths by the Sassagoula River. The Boardwalk offers Surrey bike rentals as well, so you can bike down the picturesque boardwalk past gift shops, restaurants, funnel cake stands, and the sparkling waterside.