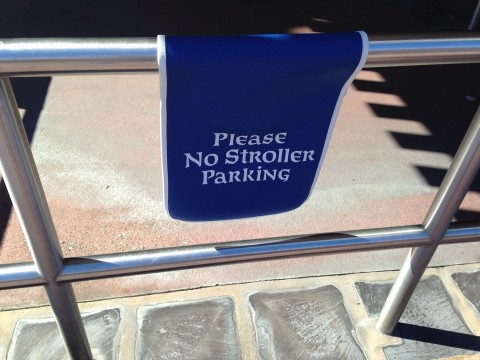 Walt Disney World aims to transplant you neatly from the realistic world outside the gates and place you in an immersive fantasy where you can explore the world, step into the movies, or meet your favorite animated characters in the flesh. With so much fantasy surrounding you, it’s easy to forget about the more mundane aspects of running a successful theme park.

Neatly interspersed among the beautiful facades and eye-catching attractions are several important signs with information you really should read. The signage aims to point guests in the right direction and give them helpful tips to avoid issues in their day. It’s also meant to help nearby Cast Members who really don’t want to have to remind you of these important messages. Unfortunately, the carefully themed signs can blend in a little too well and often go completely unread.

1. "Supervise children at all times" 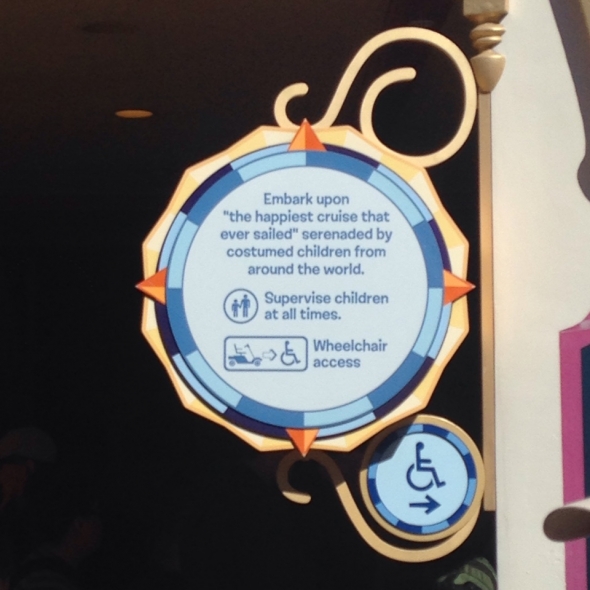 You’re probably thinking “I don’t need a sign to tell me to watch my kids,” or “I TRY to keep my eyes on him but it takes half a second to lose him in the crowd!” Every Cast Member understands the challenges of keeping children under control, and they know better than most how easy it is to lose track of a child.

The more troubling lack of supervision that happens in the theme parks is the “I told you so” kind. Cast Members run into this all the time when they have to warn a child away from a dangerous situation only to have the parent say “See, I told you not to do that.” Cast Members have hundreds of people to supervise at one time. It’s really much better to be a little rigid with your own supervision and have your child get off the chains or pull her hand out of the attraction water before something worse happens. CMs won’t always be able to reinforce your warnings in time. 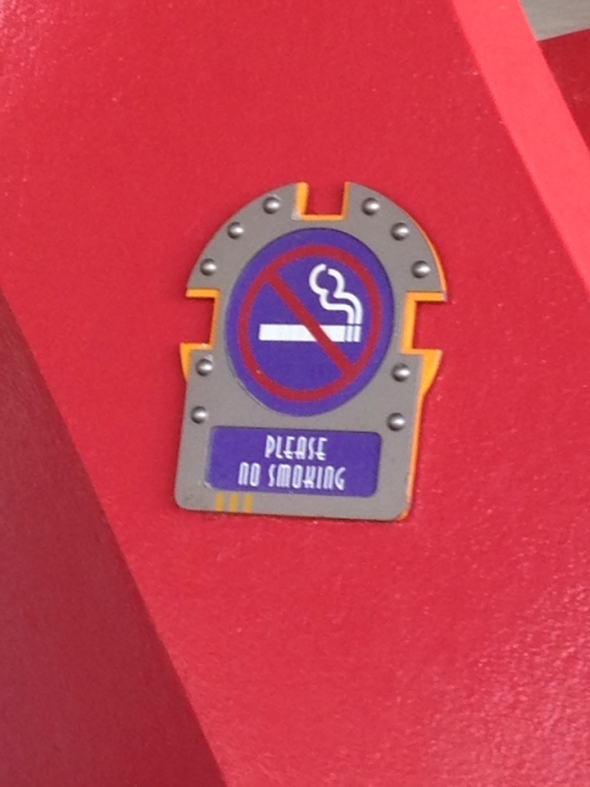 Walt Disney World allows smoking in designated areas only. These are clearly marked in the parks as well as on the maps. Ask any Cast Member and they’ll direct you to the nearest one. What Cast Members hate doing is tracking you down and telling you to put a lit cigarette out. Please no smoking. Anywhere it doesn’t specifically tell you that you CAN smoke, pretty please, no smoking. 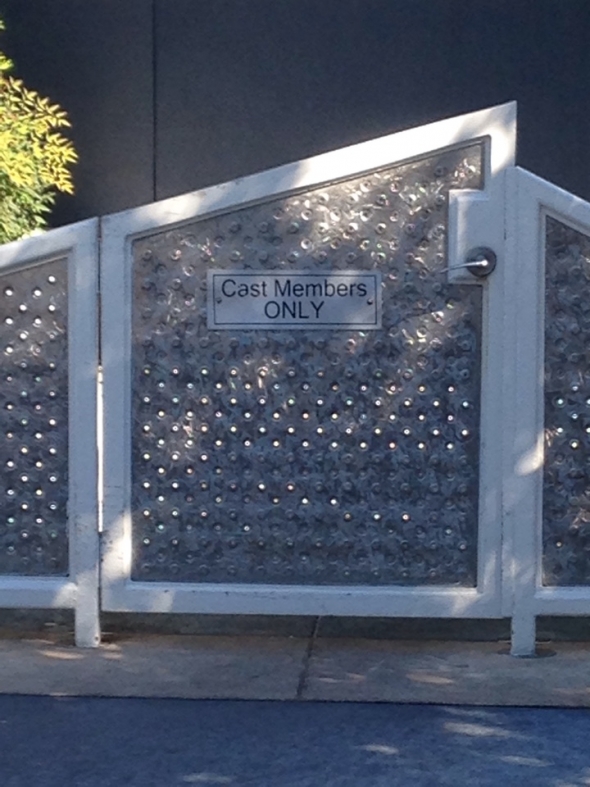 You’ll find Cast Members Only signs all over in the Walt Disney World parks. I know it may seem like there’s another magical world hidden away behind these doors just begging to be explored, but I assure you there is not. There’s just a Cast Member on break trying to eat a sandwich and hoping no guests will pop in and start wandering around in the middle of lunch.

Whether these guests head into Cast Member areas on purpose hoping to glimpse something fun, or simply walk through without realizing it’s a restricted area, this is something that happens quite often. Very rarely will you have to walk through a closed windowless door for anything in the theme parks. You’re missing out on nothing by heeding these signs and staying to the guest areas only.

And no flash pictures

One difficulty I have is that people take those signs to mean 'no photography' and suggest that I need to put away my SLR (which does not have an integral flash) when I don't. I generally just put it in the camera bag for the moment and then take it out again, but the lost shots do rankle :)