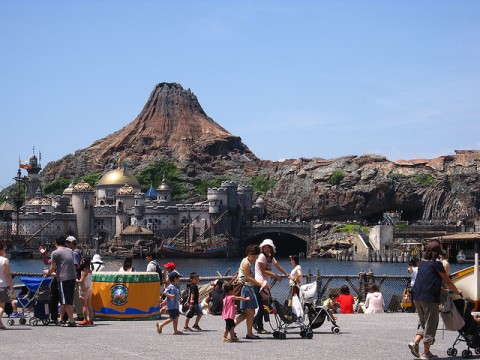 I'm not a jealous person by nature, but as someone who visits Walt Disney World far more regularly than, say, Disneyland, I can't help but be a bit envious when they have an attraction over there that I'd love to see featured in my own favorite park. I'm sure you've felt the same way at times: slightly jealous over an exciting new attraction you might never have the chance to experience. This feeling is only made worse when those awesome new rides and shows live in more exotic locales than even Southern California – places like Tokyo, Hong Kong, or France.

But what if our friends over at Walt Disney World could sneak into any of the other Disney Parks around the world under the cover of darkness and (magically, of course) snatch up a ride or show and bring it back to beautiful, sunny Central Florida? Which ones should they take?

Sure, it might be easier and cheaper and less controversial to simply build new versions of those rides down in Orlando, but where's the fun in that? And to fans of those other parks and these rides, don't fret. We're only doing this because, yes, we are actually very jealous of you.

Here are four non-Walt Disney World attractions that would fit perfectly in the four Disney theme parks in Orlando: 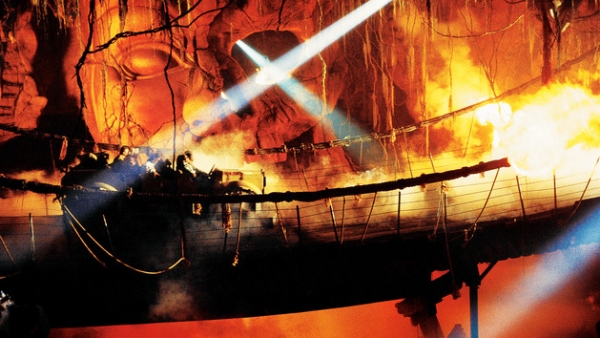 With rumors growing of the closing of Disney's Hollywood Studios' Indiana Jones Epic Stunt Spectacular, it would only make sense for Walt Disney World to bring the character back in a new way. Indiana Jones Adventure, originally debuting at Disneyland in 1995, would be the perfect new addition.

The ride is extraordinarily immersive, perfectly simulating the depths of the jungle and the feeling of adventure Indiana Jones is famous for. Its climax, which features a recreation of the iconic rolling boulder from Raiders of the Lost Arc, is as thrilling a moment as you'll find at any Disney park.

Because the ride is so immaculately themed to the films on which it is based, it would fit perfectly into Disney's Hollywood Studios both aesthetically and logistically. Plus, it would give those fans who are upset about Indy's imminent departure from Orlando a bit of peace of mind. 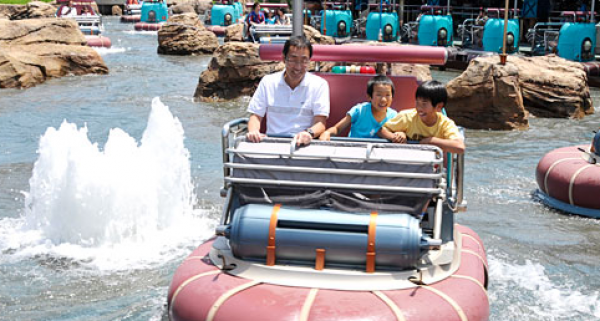 Some of Disney's most technologically advanced ride systems have never been deployed on U.S. soil. One of these it its trackless ride vehicle system, which features vehicles that move without any apparent guidance. Once such use of this technology is Aquatopia at the gorgeous Tokyo DisneySea.

Unlike it's namesake, Disneyland's Autopia, guests board personal hovercrafts and embark on a tour of a small lagoon. Due to the lack of a track, the ride experience can easily change every visit, and guests can even choose their own way of enjoying the ride. Aquatopia, specifically, offers two different paths guests can take depending on whether or not they want to get wet.

In all, the ride is an example of Disney's push toward more personalized ride experiences, and offers a technology we haven't yet seen at Walt Disney World. That it's largely a showcase of individual expression and exciting technology, combined with a worldly, adventurous spirit, it'd certainly fit in well at Epcot – especially considering that park could use a new water ride, even one that's merely a simple diversion.

Great to see Mystic Manor make your list! As the creative director of both this and Big Grizzly at HKDL, me and an amazing team of Imagineers loved to get the chance to create two original attractions. I loved all the nice ways you described MM. Believe me, I'm always pushing to create unbelievably creative new attractions for our guests!

Crush Coaster from Disneyland Paris would be a great addition to Pixar area of Disney Hollywood Studios :-)

Crush Coaster from Disneyland Paris would be a great addition to Pixar area of Disney Hollywood Studios :-)

I don't want to see any stealing from domestic parks it's easy enough to get to eithor coast that I don't want to have the same experiences at each, which is why I was so dissapointed with the inclusion of little mermaid in new fantasyland. By all means have a little mermaid ride but make it new and use the trackless technology from mystic manor or poohs honey hunt to give the domestic audience a taste of that.

Aquatopia is a really terrible ride. It's a bit like bumper cars that don't bump. You go around a small lagoon where there's really nothing to see and then it's over. Be jealous of Journey to the Center of the Earth, 20000 Leagues Under the Sea, and Pooh's hunny hunt, but not Aquatopia.