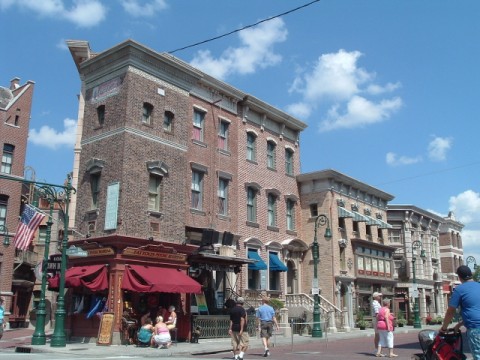 Universal Orlando’s first theme park, Universal Studios Florida, was originally designed to blend movie-based rides and attractions with a working film backlot. To marry these concepts, the backlot streets, especially in the New York section of the park, are peppered with tributes you might never have noticed. As the park evolved and changed, tributes to closed attractions were added as well. Here are 5 favorites that are hidden in plain sight. 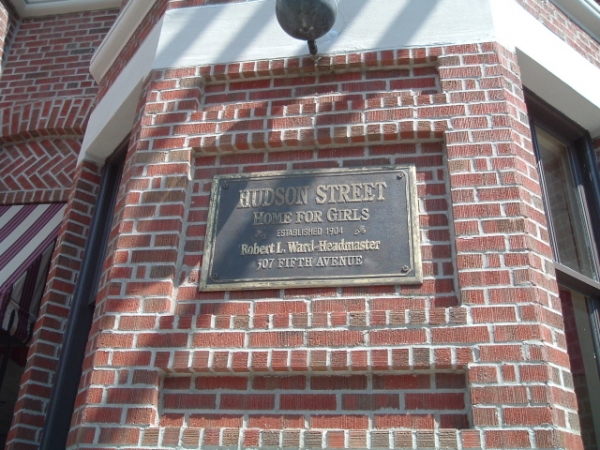 One of the most famous orphans of all, Annie got her start in an 1885 poem and was the beloved star of a newspaper comic strip from 1924 until 2010. But for a generation of children, it was Aileen Quinn’s 1982 portrayal that stole their hearts. In that live-action film, Annie was depicted as living in Manhattan’s Hudson Street Home for Girls.

In Universal Studios Florida’s backlot, outside Ben & Jerry’s, take a peek at the brownstone wall. A plaque just like the one in the film reads, “Hudson Street Home for Girls.” It is easy to imagine the little redhead sitting in the window above, belting out “Maybe.” 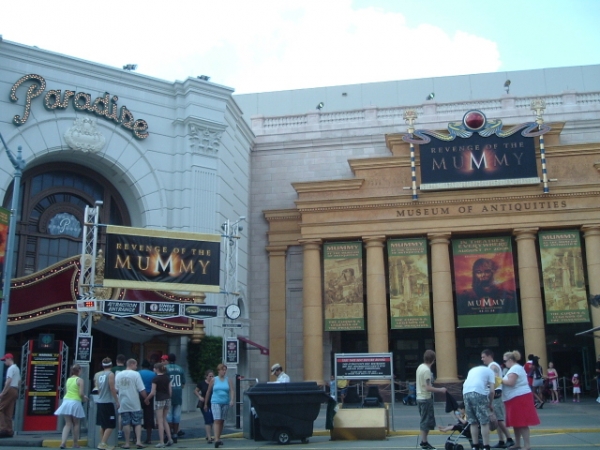 Kongfrontation was the first of the Big Three opening day attractions to fall victim to the radical changes of the early 2000s. It closed in 2002 to make room for the Revenge of the Mummy roller coaster. On its last day of operations, the company threw an after-hours party, complete with bananas, for annual passholders to say goodbye.

Apparently, it was not only annual passholders who were sad to see the big ape go. Next time you are on the Mummy, take a good look to your left inside the treasure room. Up on a pedestal is a small golden statue of King Kong.

Incidentally, the statue is not all that remains of Kong. If you have excellent vision, keep your eyes peeled at the ceiling throughout the ride. The Kong tracks form part of the structural support for the building and cannot be removed. Although the lighting is designed to obscure the tracks, it is possible to catch a quick glimpse here and there.