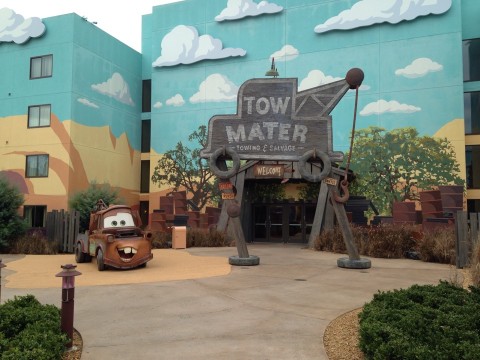 Disney’s Art of Animation Resort was originally slated to become an expansion of Pop Century. However, Imagineers wisely scrapped the idea of a wing dedicated to the decades between 1900 and 1940 in favor of a brand new concept that ultimately became the Art of Animation. This resort is packed with fun finds, and has so many exciting things to see that you may want to drop by even if you’re not staying there.

1. The stunning light fixture in the lobby 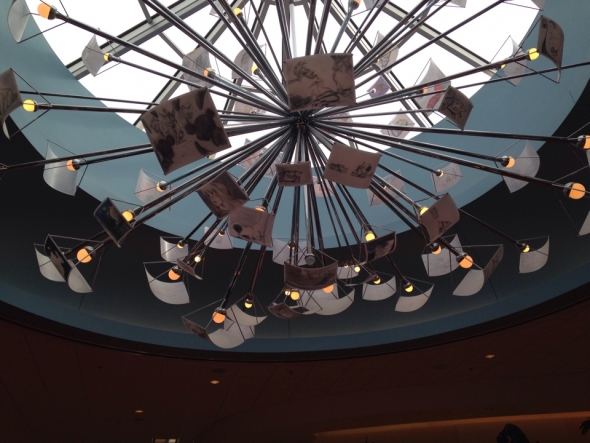 The lobby at Art of Animation is so bright and colorful, you might miss this stunning detail, but it’s worth your time and trouble to pause and look up. At first glance you’ll notice that the light fixture features a series of small sketches. But look closer – that’s not all. 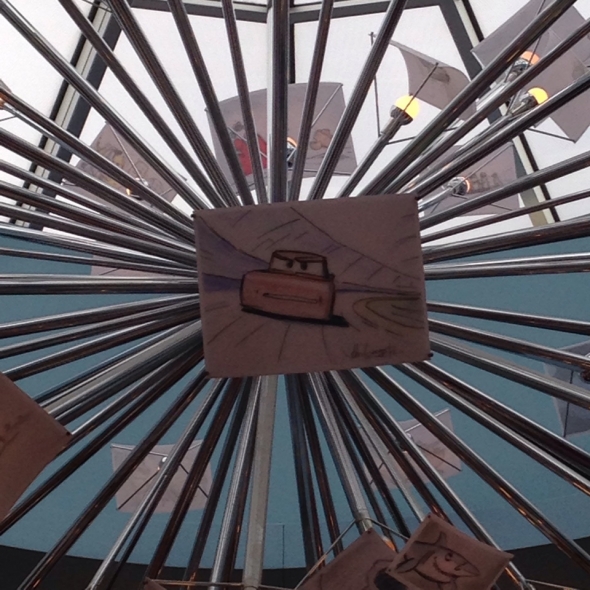 Some of the sketches bear famous signatures. The picture of Lightning McQueen is signed by Cars director John Lasseter. Jodi Benson, who voiced Ariel, signed a picture of the mermaid. Roger Allers and Rob Minkoff, the directors of The Lion King, autographed a picture of Mufasa, Rafiki, and baby Simba. 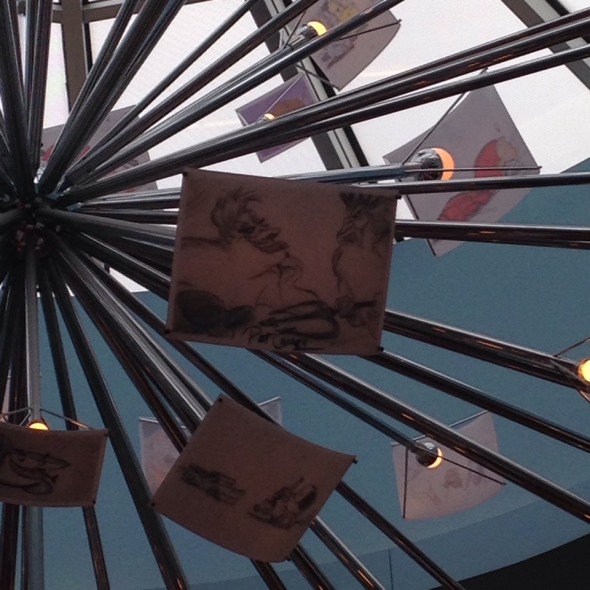 A sketch of Ariel and Eric bears the signatures of Ron Clements and John Musker, the directors of The Little Mermaid. Pat Carrol, who voiced Ursula, autographed a sketch of her. 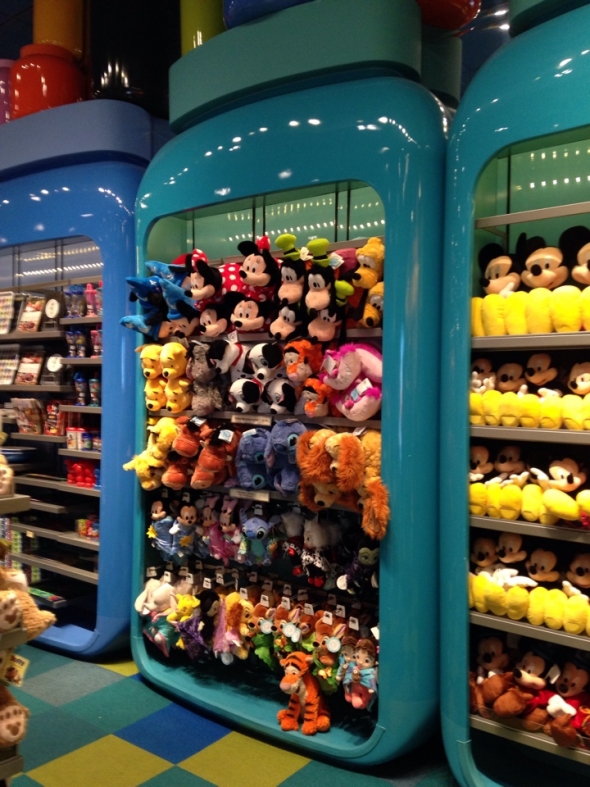 The theme of the Art of Animation revolves around the creation process for the four films highlighted in the resort’s buildings. Along with images from the films, you’ll also find many details that reference the process of animating these movies. The walls of the gift shop are lined with shelves set into giant paint buckets. Though the rainbow of color will catch your eye first, on closer examination you’ll see that the check-in desks look like paint jars as well. 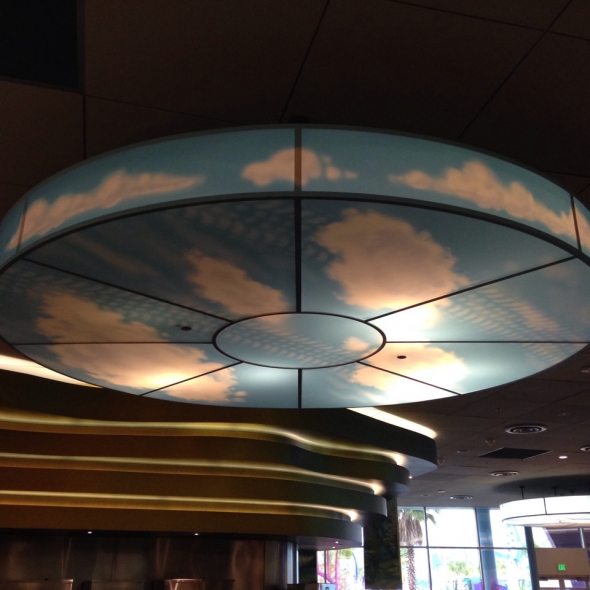 The Landscape of Flavors is the food court at Art of Animation. It’s regularly praised for being one of the best quick service food courts on property. The atmosphere in the dining room is one of the most enjoyable parts of eating here. Don’t let the wall art draw your attention away from the ceiling. The dining room is separated into four areas, each themed around one of the movies featured at this resort. 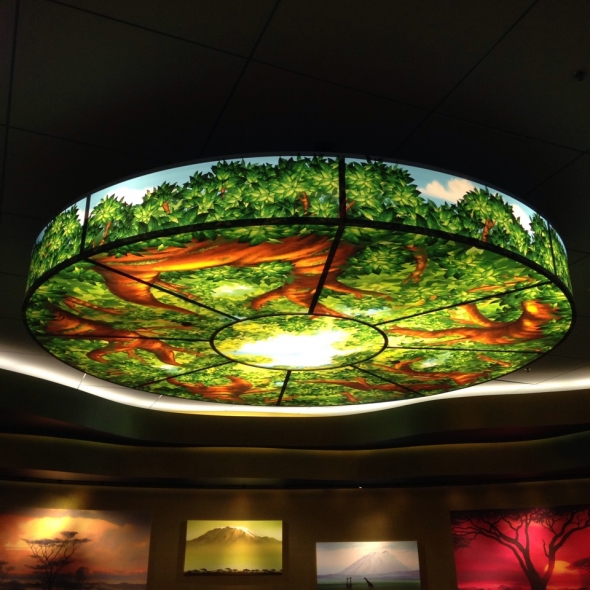 In the Cars area, the light fixture features a blue sky criss-crossed by clouds in the shape of tire tracks. The Lion King dining room has a light fixture that looks like a tree canopy, as though you’re sitting in the jungle with Timon, Pumbaa, and Simba. 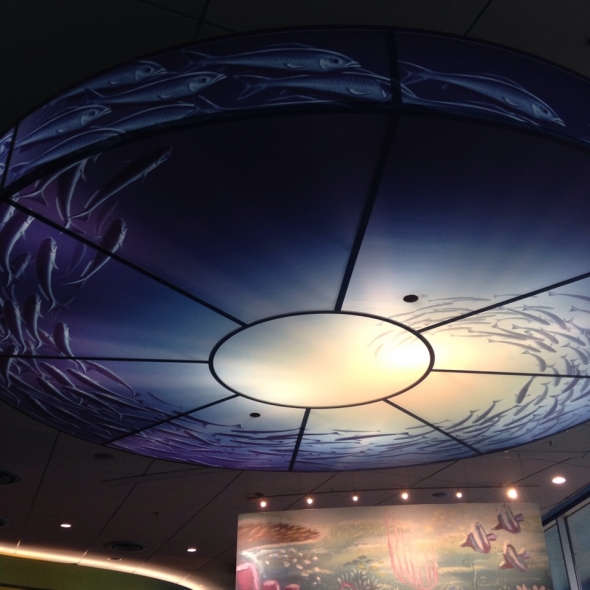 Head to the Finding Nemo section, and you’ll find that you’re predictably under the sea. This light fixture features a swirling school of fish. 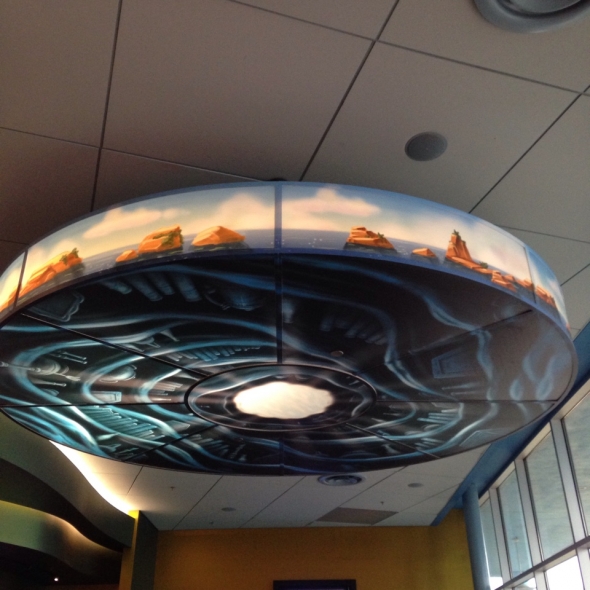 Over in The Little Mermaid, you look up through Ariel’s grotto. Unlike the other light fixtures where the sides are simply a continuation of the image on the bottom, this one has a different look. Since the story of The Little Mermaid focuses on a girl torn between two worlds, the light, too, features her undersea home on the bottom, and the sea and sky along the sides.