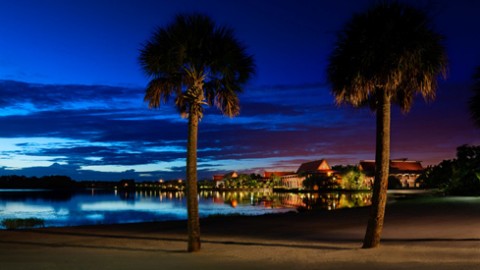 After being rumored for years, the moment has finally come for Disney Vacation Club owners. Disney’s Polynesian Villas & Bungalows have joined the fold as one of the 13 featured resorts. Better yet, the addition of the Polynesian increases the number of properties at actual Disney theme parks to an even 10, 90 percent of which are located at Walt Disney World. This is the moment a lot of DVC aficionados have been waiting for, and now is a great time to decipher what it means for current and potential members. 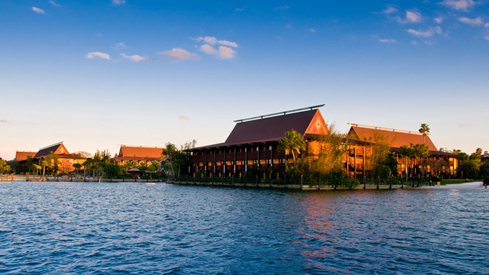 Anyone with a sense of Walt Disney World history appreciates that there are three seminal resorts onsite. The Grand Floridian and the Contemporary Resort are two of them. Not coincidentally, the two most recent prior additions to the DVC portfolio were both located at these resorts. In the case of the Contemporary, an adjoining building was constructed, which is now called Bay Lake Tower.

The Polynesian is the final crown jewel. It sports a tremendous location, a monorail ride away from Magic Kingdom and (after a transfer) Epcot. Its beach also features an unforgettable view of the nightly fireworks display at Magic Kingdom. For many people, the Polynesian is the coolest, most memorable of all Disney resorts. From this point forward, any new DVC property will probably have to be an entirely new endeavor in order to achieve the same amount of buzz as Grand Floridian and now Polynesian have. This is Disney’s final anchor resort. Its addition to the DVC catalog is a huge deal. 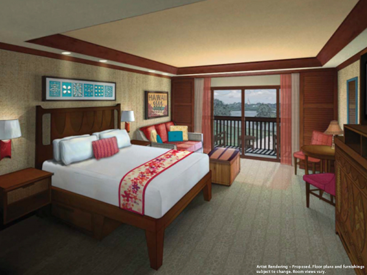 Nobody reasonably expected the Polynesian to be cheap. After all, the recently announced DVC price increases hinted at impending sticker shock for this resort. Given these concerns, many owners (including myself) were pleasantly relieved to see a relatively respectable cost of $160 per point. When the Grand Floridian debuted in May of 2013, it came with a price tag of $145 per point at a time when older resorts such as Beach Club Villas and Boardwalk Villas cost $115 per point.

The January 2015 rate spike for those properties could have foreshadowed a similar price difference for the Polynesian. With most popular participants currently charging $155 per point, the Polynesian seems downright economical at $160. Consider that some of the other DVC entrants have contracts that expire as soon as 2042. A purchase at the Polynesian costs only $500 for every 100 points purchased yet the contract lasts until 2066. That’s a bunch of presidents and Olympics from now. For that matter, Haley’s Comet will have come and gone again by the time a Polynesian purchase reaches its time limit. 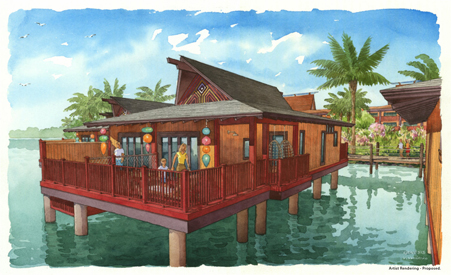 This topic is not quite as rosy. Staying at the Polynesian will require a significant point expenditure. If you have a lot of points, you can ignore this part of the conversation. If you are like me and only own a week’s worth of points each year, here is the economic breakdown.

A week’s stay at the Polynesian’s cheapest option, a deluxe studio with standard view, will cost 118 points during the slowest season. These time frames include January, September and the first two weeks of December. The busiest weeks defined as Premier Season for 2015 are April 1st - April 11th and Christmas Eve through New Year’s Eve. These weeks require a whopping 227 points. That’s the same high-end cost as Grand Floridian, and the low-end is only seven points per week cheaper. If you want to stay at one of Walt Disney World’s signature properties, it’s going to cost you.

Along those lines, if you want one of those gorgeous two-bedroom bungalows, the points cost borders on crippling. A single night at a bungalow costs no less than 115 points. For comparison, an entire week for a studio at Beach Club Villas during Dream Season costs 120 points in 2015. Bay Lake Tower is 123 points. Both of these resorts also provide close proximity to Epcot and Magic Kingdom, the two most trafficked theme parks in the world. Grand Floridian also costs 125 points for Adventure and Choice Season while Dream Season would cost 153 points. Ergo, 115 points for a single night is a massive cost.

If you want to spend a week at a bungalow, the absolute lowest points cost is 824 during January and September plus December 1st through the 14th. The highest cost occurs during Christmas week once again as well as March 24th through April 6th. One of the bungalows during that time would be an almost unimaginable 1,419 points. Just to put that in perspective, it is the equivalent of almost six full weeks of a theme park view studio at Bay Lake Tower.

In case you are wondering, that is the largest possible point expenditure at DVC. Technically, it is tied with Grand Floridian, which also has a 1,419 weekly rate for its Premier Season grand villa. Polynesian thereby becomes the fifth member of the exclusive thousand points a week grand villa club at DVC. It joins Aulani (1,288 points during peak season), Bay Lake Tower (1,287 points) and Grand Californian (1,358 points) plus the aforementioned Grand Floridian.

Does anyone know if they have wheelchair accessible rooms? Thanks

We knew when we saw walk through videos of Poly Deluxe Studios that adjoining ones weren't for us. So I called to see about purchasing another membership at the Floidian. Imagine my surprise when I discovered they are now charging $165 per pt! Cheaper to buy Poly right now!