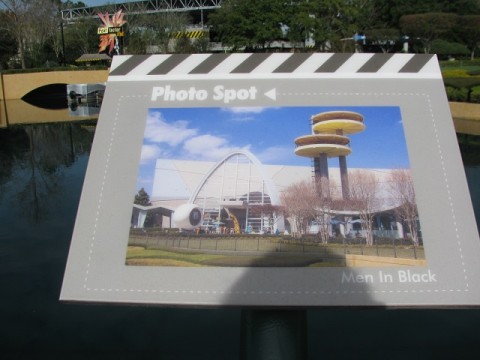 Mugs and tee shirts are great, but there’s no souvenir quite as personal or customizable as a great picture. You want to snag the best shots while you’re in the park, but it’s not always easy to pinpoint where you can get those unforgettable pics. If you’re after a beautiful backdrop or humorous place to pose, check out these great spots around Universal Studios Florida. 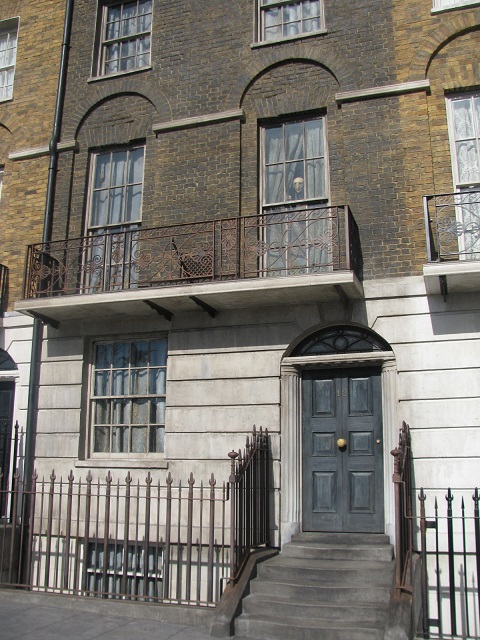 No Harry Potter fan can miss the significance of Number 12 Grimmauld Place. Along the streets of London, you can pose right on the front steps of the building. If you’re patient, you may even catch Kreacher in your shot. 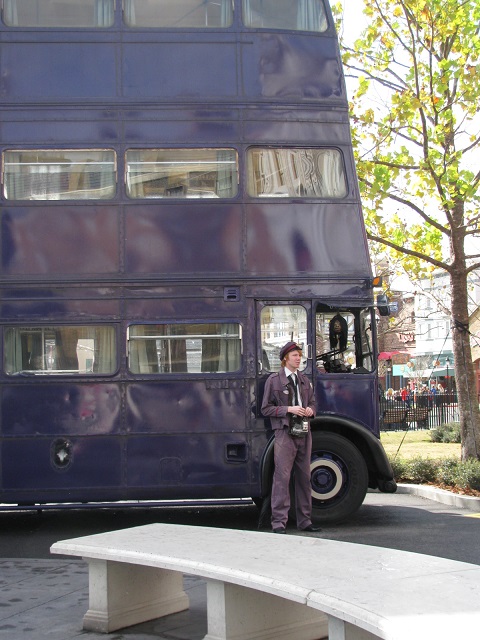 Harry Potter face characters are rare, which is why a picture with the Knight Bus driver is so great. You can queue up to have a little chat with the driver and his shrunken head, then snap a fantastic photo. The characters rotate often, but since they’re not meant to represent any single person (they’re just generic Knight Bus employees, not any specific character from the books or film), the opportunity isn’t diminished at all. 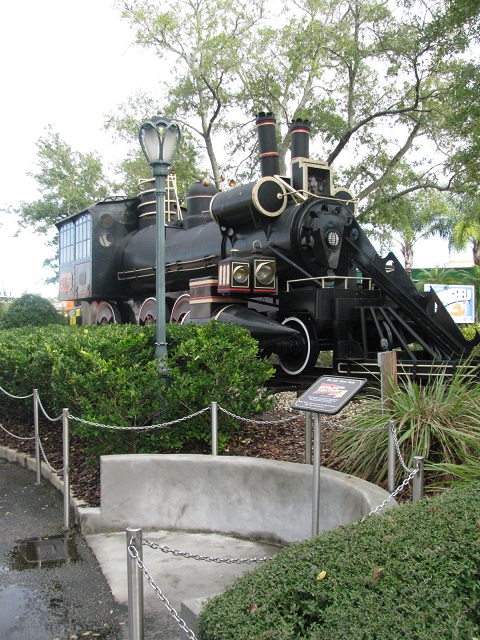 If you’re a fan of Back to the Future, this is one of the best pictures you can get. Most people pose in front of the train on the side that faces the main street. However, there’s a fenced alcove specifically designed to help you get great pictures on the opposite side of the train. Approach from the waterfront garden or just walk around to the side of the train that’s closest to the water to find this excellent spot. 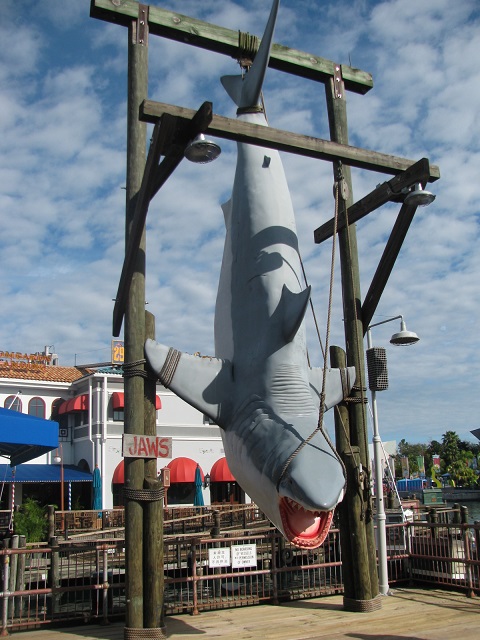 Amity and the Jaws attraction are gone, but the shark remains along the waterfront in San Francisco. He’s still a popular photo op, but now that the shark is removed from the main drag a bit, lines are shorter and it’s a little easier to get up to pose with him. 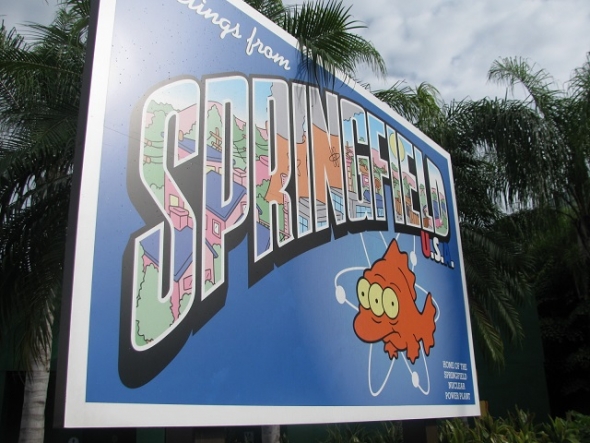 There are so many great photo ops in Springfield that it’s impossible to pick just one. Depending on the crowds, you may find your best shot is at the entrance near the Springfield postcard. However, if you don’t mind waiting in line and the possibility of some other people in your shot, you can pose with several other monuments and characters. 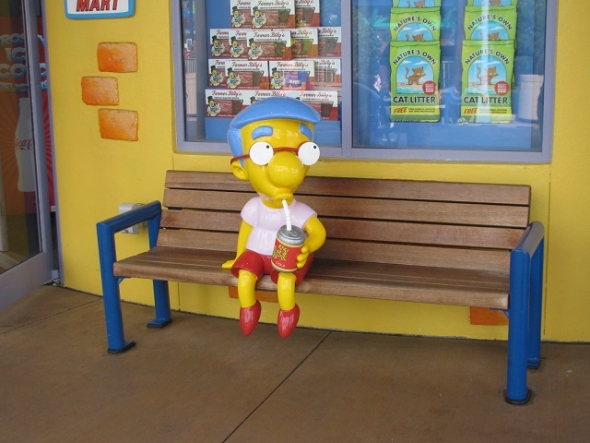 A popular pose in front of Lard Lad is standing with your arms raised as though you’re holding the giant donut. You can also hang adoringly on Duff Man, mug with Chief Wiggum, or grab a seat on the bench next to Milhouse. 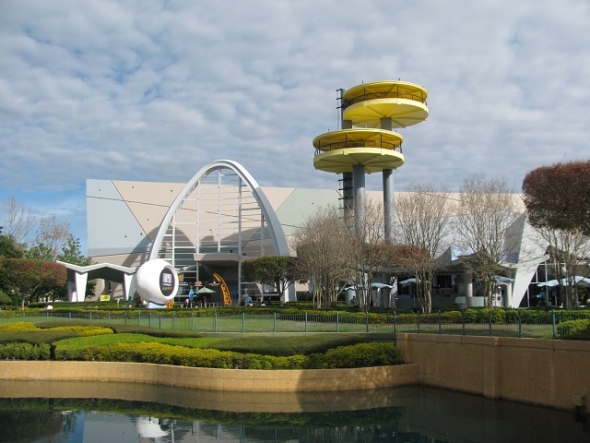 The Men in Black area features the World Fair Towers, which are popular landmarks from the first film. While it’s difficult to get a good picture with them up close, there’s a photo spot on the bridge that’s perfect for this purpose. It’s even designated with a helpful photo spot sign.

how hard would it be to put one of those fake cardboard hills behind springfield Orlando?? Wouldnt a giant springfield sign just be so eye catching?

Is that Hollywood sign still there for the photo op? I've done the photo op before but I was there last week and didn't notice it? Anyone know?