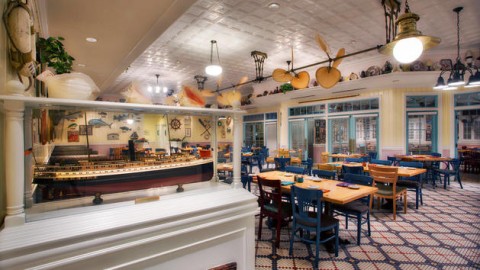 At some point along the way, the Walt Disney Company realized that Walt Disney World could be more than just a resort destination – it could be a world class dining hot spot as well. Over time, the company added more and more destination dining locations, complete with award winning chefs and stunningly inventive cuisine. And, as those locations gained a following, Walt Disney World itself earned a reputation as a place that is as much a culinary theme park as it is a literal one.

Some of those restaurants, like Victoria and Albert's and the California Grill, have become must-try affairs, while others have managed to fly under the radar – despite producing food that is, in many ways, just as delicious.

And, unlike those famed and prestigious restaurants, these are much easier to find a reservation for. Let's take a look at just a few undiscovered gems of the Walt Disney World culinary scene. Raise your hand if you've been to all five. 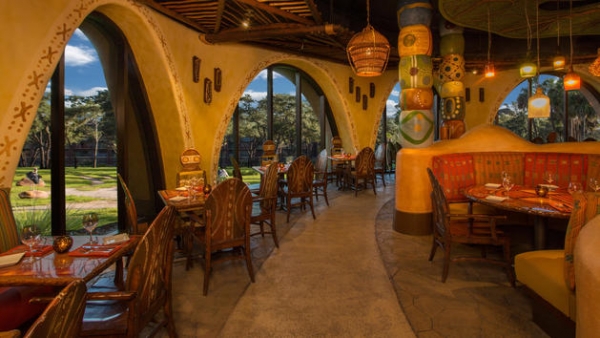 If you're a foodie with an adventurous palate, you should probably try to stay in a room at the Animal Kingdom Lodge. Jiko, the Cooking Place and Boma: Flavors of Africa are the more well-known locations to try, but Sanaa, situated in the resort's Kidani Village subsection, is a slightly more unheralded triumph.

Meshing African cuisine with Indian flavors, the inventive menu at Sanaa is likely not for everyone; however, those who are willing to try something new will be rewarded with a combination of unique food and a stunning savannah view.

Sanaa offers both lunch and dinner, but those drawn to the restaurant by its view might be more inclined to seek a lunch reservation – the savannah is less visible night. The menus in the two seatings are similar, although the dinner menu is a bit more refined and features an African play on a New York Strip and a hefty lamb shank.

While big brother Jiko more often steals the headlines (and rightfully so – it's delicious), Sanaa offers a more laid back vibe with simpler, but no less tasty, food. 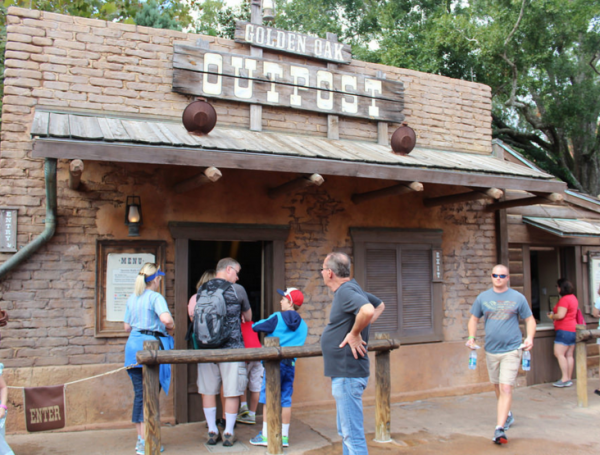 Yes, that's right – a snack location at the Magic Kingdom. A day at Walt Disney World's signature park can blur the line between vacation and sociological experiment, so it can often be difficult to stop and think about where to grab a bite to eat.

Given the dearth of sit-down dining locations worth trying at the Magic Kingdom, the park is forced to bring its A-game when it comes to the quick-serve and snack locations, and Golden Oak Outpost is no exception.

You'd be forgiven for not wanting to try an order of Barbeque Pork Waffle Fries on a blazing summer day in July, but in doing so, you're missing out on a gluttonous and surprisingly tasty treat. The window's full selection of waffle fry-related cuisine reads like something out of a dorm-room fever dream: Brown Gravy and Cheese Waffle Fries, BLT Waffle Fries, and Tex-Mex Waffle Fries.

Is it healthy? No. Is it refreshing? No. Would you want to eat it while walking around a theme park? Probably not. But here's the thing – because everyone else thinks that, there's less of a line for you. And it's vacation – sometimes gluttony is a good thing.

We are season pass holders but never go to the resorts. We live to close. We have eaten at the Golden Oak many times.

Sanaa is fabulous!! And if you can get a table next to the wildlife- even better. Wait Staff made our day. BlueZoo was excellent- don't get me wrong- but for a group of 4- we paid close to a monthly house payment. Yikes.

I am surprised NOT to see The Turf Club on this list. It is a wonderful and quite often overlooked delight. Yes, we are DVC members who found it years ago when we stayed at Saratoga Springs, but we rarely make a trip down without a dinner at The Turf Club.

Same with us. We look forward to it every trip

I feel like Wolfgang Pucks restaraunt in DownTown Disney should be on here. Delicious high end food but only costs 1 meal per person on the dining plan