5 Things We Miss About the Original CommuniCore 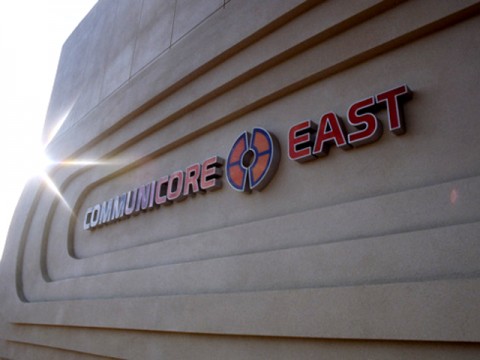 Opened with Epcot in October 1982, CommuniCore brought visitors into the modern computer age. Its two buildings were filled with interactive touch screen exhibits that allowed guests to dig more deeply into the concepts presented by Future World’s other pavilions. CommuniCore also served as a hub for demonstrating new technologies, accessing detailed Disney information, and learning more about the larger world.

Epcot underwent radical changes in 1994, and CommuniCore was one of Epcot ‘94’s first casualties. It closed in January of that year to make room for the hipper, edgier, and much more corporate Innoventions. While Innoventions maintains the same general concept as CommuniCore, it lacks both the soul and the innocent wonderment of its predecessor. Here are the 5 things we miss the most about CommuniCore. 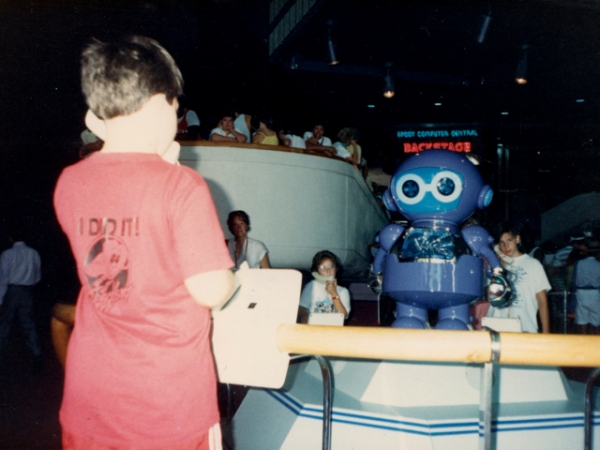 A dream come true for every ‘80s kid who grew up on stories of sentient robots, SMRT-1 could bring a smile to the face of every guest, no matter how young or old. Sleek and shiny in royal purple and chrome, SMRT-1 invited guests to play interactive trivia games via telephones mounted on the pedestal on which he stood. With a surprisingly sophisticated sense of humor and a touch of snark, SMRT-1 was arguably one of the most humanoid robots of his day. Entire families would gather around to challenge or help each other in one of SMRT-1’s games, while onlookers stopped to hear what he might say next. 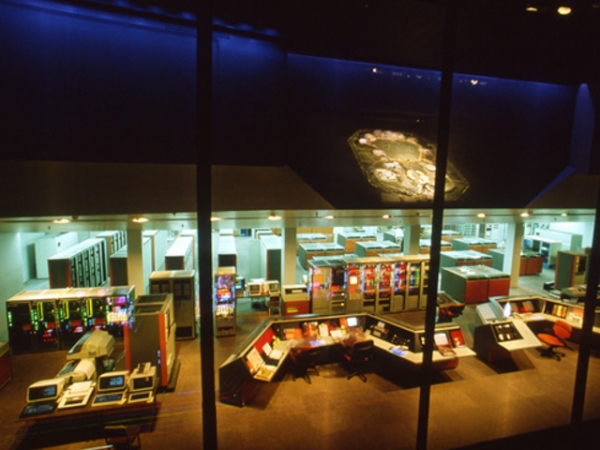 In those days, Epcot was actually EPCOT Center, an acronym that stood for the Experimental Prototype Community of Tomorrow, a nod to Walt’s original vision of a working futuristic city. The park’s automated systems were largely controlled by EPCOT Computer Central, which park guests could view via a glass wall in CommuniCore East.

To help guests understand the then-nascent computer technology, CommuniCore presented the Astuter Computer Revue. Starring actor Ken Jennings as a miniaturized English song and dance man who danced his way across the massive computers, the show was widely disparaged as grating and annoying. However, the concept proved solid. Backstage Magic, featuring hostess Julie and her electronic sidekick I/O, replaced the Astuter Computer Revue in 1984. It ran until 1991.

Silly though it might have been, the Astuter Computer Revue was full of the boundless optimism for which early Epcot was famous. Backstage Magic provided a solid, intellectual explanation of computers that still managed to capture the fun. Both shows might be dated in today’s computer age, but they are worth remembering as hallmarks of the park’s original vision. 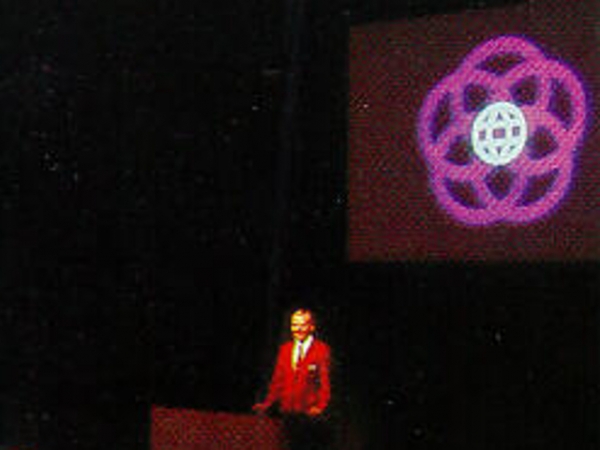 In the pre-Internet age, the EPCOT Poll was a lot of fun. Park guests were invited into the Electronic Forum to become part of a poll on relevant topics of the day. Seated in comfortable theater seats with pushbutton panels on the arm rests and guided by a cast member, they were first instructed to answer a series of demographic questions. Then they were polled on relatively tame, not too controversial issues. Results were displayed on a large screen at the front of the theater, often divided by demographics. For example, results might be shown for adults vs. children, U.S. residents vs. international visitors, or males vs. females. Though the results were not used for any real purpose, it was always interesting to learn the opinions of other park visitors.